The latest data analysis suggests that Ethereum is the top choice for crypto developers despite other rival protocols recording faster growth rates in 2021. 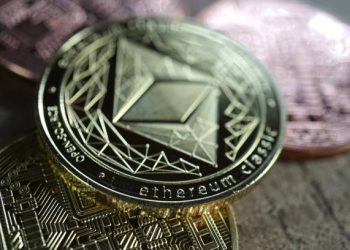 According to Electric Capital’s survey, a crypto research firm, the Ethereum ecosystem still has far more developers than rival protocols. The recent survey appears as the total monthly active developers hit a record high of more than 18,000, with the Ethereum network dominating this market.

The new research revealed that more than 4,000 active monthly open-source developers worked on the Ethereum ecosystem compared to just 680 that worked on the Bitcoin network.

Across all protocols, the total number of active monthly developers surpassed 18,400 in December 2021. The growth pushed the number of new developers to more than 34,000 in 2021. The firm computed its research from over 500,000 code repositories and 160 million codes commits which are either changes or updates to the code.

In a relatively short contest, Ethereum led with more than 20% of new Web3 developers in its ecosystem. Polkadot distantly followed at second place with 1500 developers, while Cosmos and Solana followed at around 1,000 each.

Cosmos, which recently launched an $800 million developer fund, Tezos, Polygon, and Cardano emerged as the most active ecosystems, with more than 250 active monthly developers each:

“Polkadot, Solana, NEAR, BSC, Avalanche, and Terra are growing faster than Ethereum did at similar points in its history.”

According to a short analysis, Solana topped with a 4.9 times growth rate of active developers. Near ecosystem grew four times, with Polygon also increasing more than double. Cosmos saw an increase of 70% in average monthly active developers, and BSC increased 80% in 2021.

Before summarizing, the new report noted that Solana, Avalanche, BSC, Near, and Terra were the hub of decentralized finance (DeFi) in 2021, attracting more developers while its adoption increases.