The Bitcoin price is currently at a delicate stage where it might easily succumb to another crash, mostly with the plans Mt Gox has to flood the market with 150,000 BTC. Bitcoin’s price is slowly rebounding, coming face to face with resistance levels after it shed over 50% from its all-time high of $69,000.

On July 8, 2022, the biggest crypto was trading around $21,300 after gaining around 5% in the past 24 hours. Analysts and commentators believe that Mt Gox will influence another crash with its plan to flood the markets.

Nevertheless, clients will not be getting 850,000 Bitcoin as originally planned. Even as Mt Gox aims to send 150,000 Bitcoin, the firm has 137,890 BTC in its exchange reserve, based on on-chain metrics. With the current trading prices, the total Bitcoin Mt Gox will be sending is worth at least $3.2 billion.

With such an amount in the market, there will be increased pressure on the already weak Bitcoin bulls. Even if 50% of the receivers hold onto their crypto, there is a high chance of a massive sell-off. Although the crypto may seem to be rebounding and increasing, it might simply be a buzz that will flip rapidly.

Mt Gox might just be sending Bitcoin down the drain. The cryptocurrency may go back to the midpoint of the Void at $19,065, experiencing more ups and downs. In the end, Bitcoin may drop to about $11,898.

For now, the flagship crypto has managed to gather some steam and seems to be on the verge of a bull run. With Bitcoin gaining momentum, a majority of the altcoins have also joined the rally. Today, the digital asset is retesting the 200-week Simple Moving Average (SMA).

Although it has historically marked the bottom of every Bitcoin cycle, the price has created history on the break. It produced a total of four weekly candlestick closes below the level.

The current occurrences have raised speculations that the rally may break through the 200-week SMA. Speculations also have it that it might tag the $25,000 level. Nonetheless, bitcoin needs to reach an intermediate resistance level of $23,480 before it can revisit the $25,000 level. 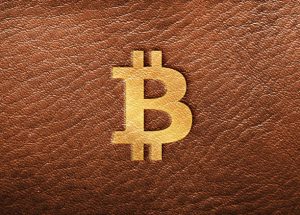 Even as many might be pressured to sell off their Bitcoin holdings, some of the investors will continue to amass a lot of crypto. The bullish investors seize times like these when cryptos are at their lows to invest in the market.

Bitcoin might be one of the biggest bull markets in history at a relatively low price to start 2H. The crypto might also be a failing experiment in the process of being made redundant, like #crudeoil. The current bias is that Bitcoin adoption is highly likely to continue rising.