As the UK drew attention to penalties in the online safety bill, the EU commissioner raised hate speech concerns

As concerns were raised that hate speech will increase on the platform under the ownership of Elon Musk, the EU and UK have cautioned that Twitter must adhere to the new content rules or face sanctions that vary from fines to a total ban. 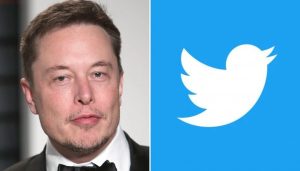 The world’s richest man has agreed to a $44bn (£34bn) deal to get the social media network. This move will hand control of a platform with 217 million users to a self-confessed “free speech absolutist”.

Companies must comply with the forthcoming online safety bill, which requires platforms to protect users from harmful content, or face the threat of large fines and, for repeat offenders, a total ban, according to a UK government spokesperson.

“Twitter and all social media platforms must protect their users from harm on their sites. We are introducing new online safety laws to safeguard children, prevent abusive behavior and protect free speech. All tech firms with users in the UK will need to comply with the new laws or face hefty fines and having their sites blocked.”

Tesla’s chief executive was reminded on April 26 by Thierry Breton, the EU’s commissioner for the internal market that he would have to comply with the newly agreed Digital Services Act, which requires online platforms to address illegal content such as hate speech.

“Be it cars or social media, any company operating in Europe needs to comply with our rules – regardless of their shareholding. Mr. Musk knows this well. He is familiar with European rules on automotive, and will quickly adapt to the Digital Services Act.”

“We welcome everyone. We are open but on our conditions. At least we know what to tell him: ‘Elon, there are rules. You are welcome but these are our rules. It’s not your rules which will apply here.’”


Breton continued to caution that companies in breach of the new rules, estimated to take effect in 2024, can face fines of up to 6% of global turnover and outright bans for frequent offenders.

Social media platforms will be required by the act to allow users to flag illegal content – such as promotion of commercial scams and terrorism – in an “easy and effective way” so that it can be quickly taken down.

In response to the EU and UK announcements on April 26, Musk tweeted:

“The extreme antibody reaction from those who fear free speech says it all.”

He later showed signs of willingness to comply with the regulations:

“By ‘free speech’, I simply mean that which matches the law. I am against censorship that goes far beyond the law.”

“If people want less free speech, they will ask the government to pass laws to that effect. Therefore, going beyond the law is contrary to the will of the people.” 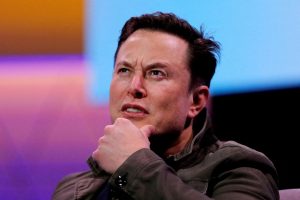 With warnings of impairing consequences if the billionaire’s commitment to free speech triggers a loosening of restrictions on harmful content, Breton spoke as human rights groups responded to the Twitter board accepting Musk’s bid.

Following Musk’s takeover, Amnesty International said it was concerned about any decision that Twitter may take to destroy enforcement of the policies and mechanisms developed to mitigate hate speech online. Michael Kleinman, director of technology and human rights at Amnesty International USA, stated:

“The last thing we need is a Twitter that willfully turns a blind eye to violent and abusive speech against users, particularly those most disproportionately impacted, including women, non-binary persons, and others.”

Even small changes to the platform could have a catastrophic impact, said Deborah Brown, a digital rights researcher and advocate at Human Rights Watch.

A tougher regulatory regime for digital platforms is being introduced by the UK with the online safety bill, which requires businesses such as Facebook and Twitter to protect users from harmful content and holds the threat of fines of up to 10% of global turnover for breaches.

“The UK and the EU are going to have tools to deal with this. Twitter is going to find it very difficult to operate in the UK if it tries to operate on a completely free speech, zero-rules basis.”

The forty-five-year-old, who co-founded the company in 2006 and launched it on the New York Stock Exchange in 2013, said it has been “owned” by Wall Street and that Musk’s deal clinched on Monday last week to take it private was the “correct first step”.

Nevertheless, Dorsey, who resigned as Twitter chief executive in November and will collect a $978m payout for his 2.4% stake when the deal is finalized later this year, said:

“Ultimately in principle I don’t believe anyone should own or run Twitter”.

Staff was informed by Parag Agrawal, who took over from Dorsey as chief executive, that their jobs are only safe for about the six months it will take to finalize the deal.

Even if Musk allowed him, Donald Trump, who was permanently banned from Twitter after the US Capitol riots last January, has said he would not return to the platform. Musk has said instead of outright bans, he favors temporary “time-outs” for users who breach Twitter’s policies. 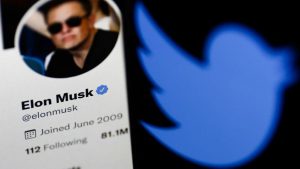 Elsewhere, amid concern from investors that Musk may have to sell shares to fund his part of the Twitter buyout, Tesla lost $126bn in value last week but it has since improved slightly.

After Musk declined to disclose publicly where the $21bn he has committed to the acquisition is coming from, shares of Tesla have been targeted by speculators although it is not involved in the Twitter deal.

According to a filing, it also emerged that if Musk terminates the deal he will have to pay Twitter a fee of $1bn. The conditions that could trigger the “reverse termination fee” would be if there is a higher bid from another purchaser, or if Musk walks away due to regulatory issues, according to the Financial Times.

Also, Twitter can sue Musk for not providing the required funding, but the damages would be capped at $1bn. The filing disclosed that if the deal is not closed by October 24, it could be terminated. To meet certain closing conditions such as antitrust and foreign investment clearances, the date could be extended for another six months.