Facebook has released its new Influence Operations Report which provides an overview of coordinated fake activity on the platform. Industry, goverment and civil society have been attempting to build a collective response to increasingly sophisticated influence operations and the issue soared to national prominence during America’s 2016 presidential election.

Facebook defined influence operations as “coordinated efforts to manipulate or corrupt public debate for a strategic goal”. Coordinated Inauthentic Behavior networks (CIB networks) are a subset of these and they rely on coordinated networks of accounts, pages and groups with the goal of misleading social media users. Facebook identified and removed 150 such networks between 2017 and 2020.

Russia was behind 27 of those networks while Iran was linked to 23. Nine each were removed in Myanmar and the United States. Facebook states that the infamous Internet Research Agency and its alleged director Evgeny Prigozhin were behind 15 of Russia’s networks while its intelligence services were linked to four and media websites were responsible for two. The U.S. was the main target of foreign influence operations between 2017 and 2020 with Facebook removing 26 CIBs responsible. A further 11 targeted both the UK and Myanmar and were also removed. Domestic influence operations are also a problem and Facebook removed nine targeting Myanmar while the U.S. saw eight removals. 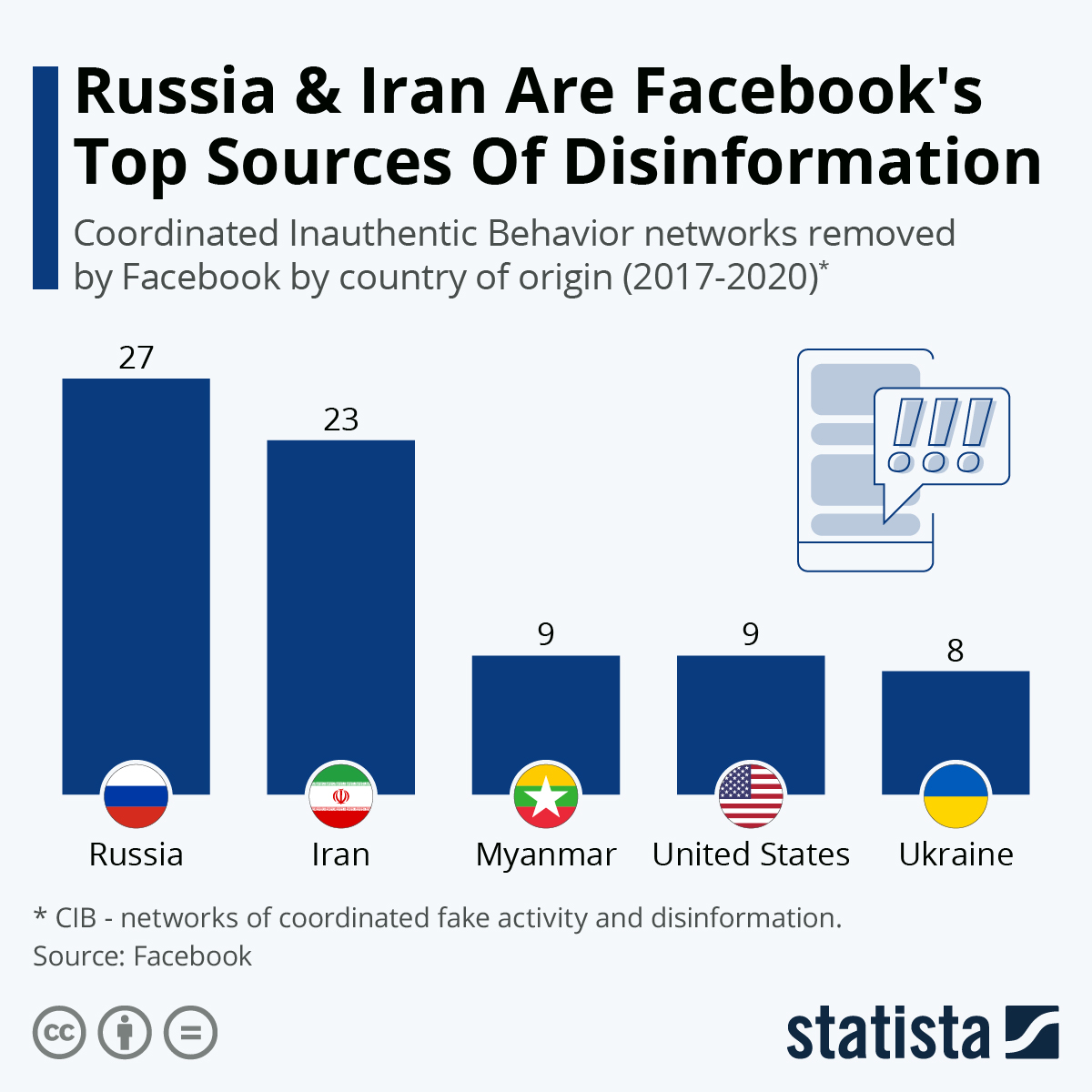