Tesla, one of the most valued tech stocks in the United States has received a very huge beating in recent times, slumping by as much as 27% year-to-date. 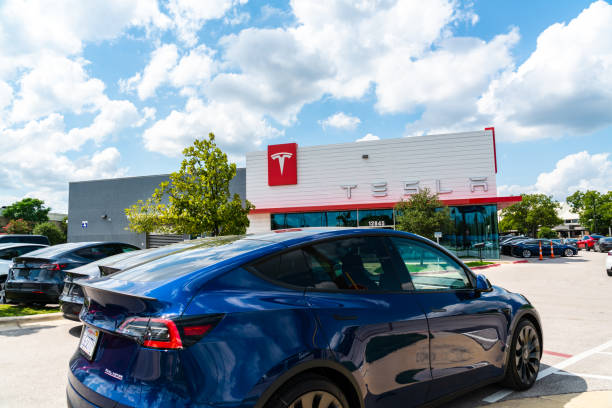 The update to conduct the AI Day in late September rather than on August 19 as posted by Musk about two weeks ago included in a tweet where he said the prototype for the company’s AI project – Optimus – might be finished by then.

Optimus is being built as a Humanoid robot that will aim to tackle labor shortages globally. The robot can handle small and petty tasks within the factory including carrying items from one point to the other. Musk had said in January:

“Optimus could eventually address global shortages of labor, and in the short term might be able to carry items around a factory.”

If the timeline that the Austin, Texas-based company has set works out as intended, the Optimus product is scheduled to reach the markets next year. The Tesla AI Day is quickly becoming a mainstream event for the electric vehicle maker as it uses it as an avenue to bring in the best chip and AI talents to join its ranks.

Tesla is one of the most valued tech stocks in the United States. However, is shares have received a comprehensive beating in recent times, sliding by as much as 27% year-to-date. Amidst these realities triggered by hard economic conditions, Tesla shares closed in the bright region on Thursday, up 4.68% by the close of trading as investors employ various metrics.

The company, weakened by logistic and unreliable global supply chain challenges, has reported that it will postpone the deliveries of its long-range crossover vehicles. As disclosed by The Motley Fool, the company will manage to ship some of the orders for these categories of products made On June 3 until February next year.

Although this seems to be a piece of terrible news for the company, potential customers will find it slightly challenging to buy from other Tesla rivals as they are all suffering from the same supply chain constraints.

The stalled deliveries have, however, been seen as a good one for the company as it will concentrate on its highly profitable auto units with the flexibility of increasing the volume when the conditions improve. The events surrounding Tesla are lately regarded as a perfect way to accept the stock by a select class of investors with retail investors from South Korea backing the stock significantly.

As Bloomberg reported, there are as many as $12.7 billion shares in Tesla being owned by Korean investors, making them the biggest shareholder group after Elon Musk. With the local economy not benefiting the stock market, a bet on volatile overseas stock is an excellent way to potentially count some profit.