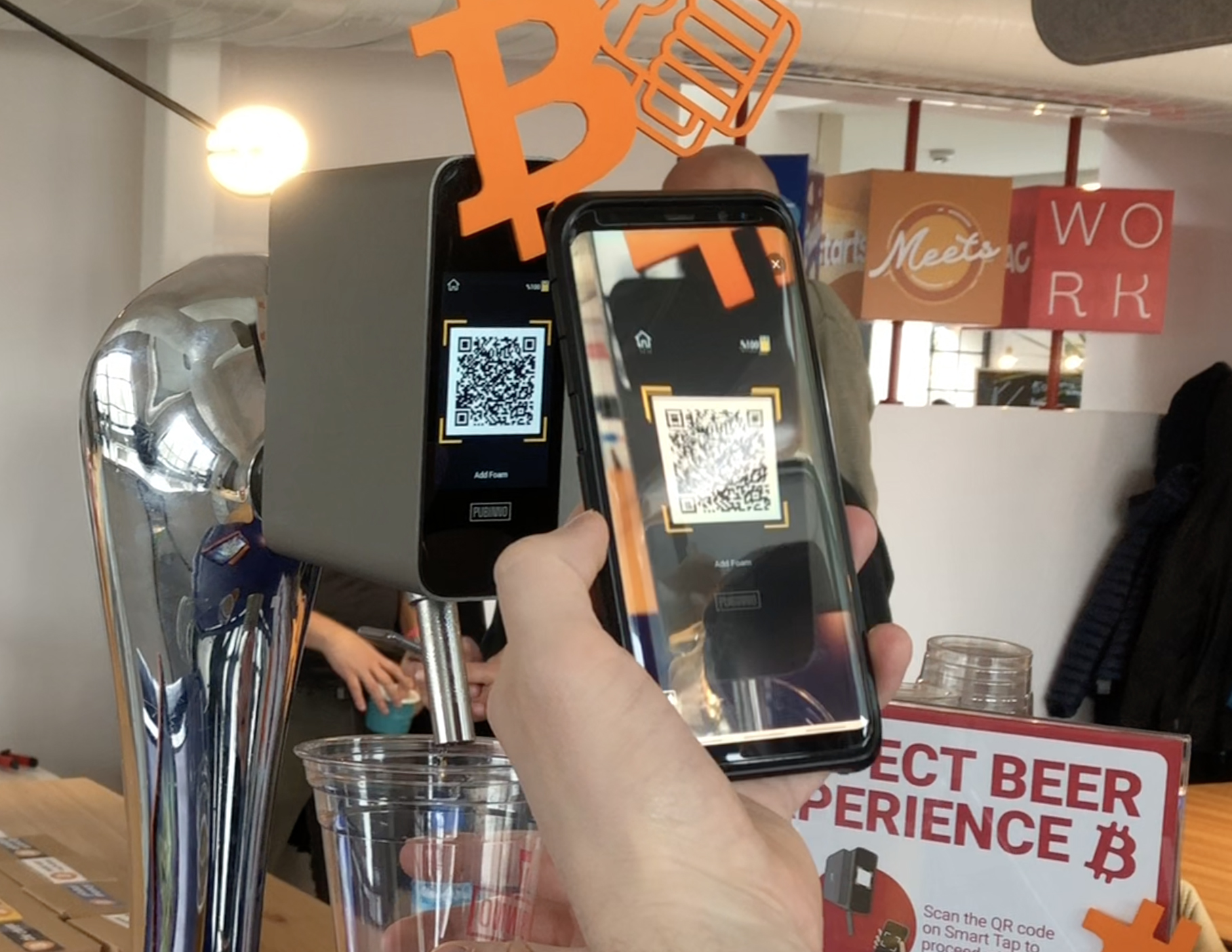 By using the Lightning Network-supporting wallets, the participants managed to get their beer poured a few seconds after completing the transaction by scanning a QR code.

In that context, Pubinno confirmed that it accepted Bitcoin payments using the Lightning network at the #LightningHackdaysIST that was held between February 25 and 27.

Based on an official statement by Pubinno’s Creative Director Volkan Dogan, the innovative Smart Tap system was developed in 2016 and it uses blockchain technology to integrate the future of draft beer with the future of transactions. Dogan took some time off to talk with reporters about the smart tap system.

Dogan highlighted how blockchain technology influenced his decision to use the Lightning Network for payments, saying that:

“We worked on Lightning Network because it is dependent upon the underlying technology of blockchain. By using real Bitcoin/blockchain transactions and using its native smart-contract scripting language, it is possible to create a secure network of participants which are able to transact at high volume and high speed with low gas fees.”

The Lightning Network was developed in 2015 as a proposed solution to the Bitcoin scalability issue. It supports off-chain transactions between the nodes that are then eventually settled on the blockchain. That ensures that an increased number of transactions is processed without having to increase the load on the blockchain, enabling micro-transactions and instant payments to be executed.

Based on Dogan, the “advantages of the Lightning network” enable the bar owners to get paid within seconds with little or no commissions, and with the self-serve ability of the smart tap system, they can save lots of money on labor costs.

Bitcoin Used In Pubinno Is A Crypto Adoption Use Case

When asked whether they intend to feature other cryptos on the smart tap system as payment, Dogan said that it will be based on several variables like frequency of use, scalability, speed, and transaction cost. He mentioned:

“We will determine our direction according to the adaptation of the industry and continue to develop our infrastructure on a blockchain adaptive basis. We also conduct feasibility studies on developing Pubinno tokens. The world is in a deep-rooted digitization phase and the fastest development is shaped around blockchain.”

Dogan said that Bitcoin is the first crypto that comes to mind, but he also said that stablecoins might be integrated into the payment system in the coming months. With such cases coming up, it shows that cryptos might soon gain mainstream adoption which will enable the virtual currency market to mature accordingly.