Ripple, a blockchain payments firm, has announced a $200 million series C share buyback. This move will now push the San Francisco-based fintech firm to hit a record-high valuation of $15 billion. 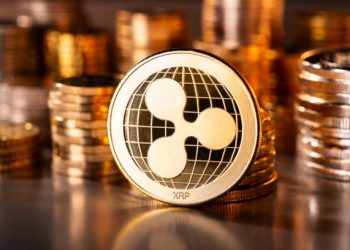 The San Francisco-based fintech firm successfully raised a fresh $200 million in a Series C funding round in December 2019. At the time, the funding initiative saw the participation of Tetragon Financial Group, a United Kingdom-based investment firm, acting as the lead investor alongside SBI Holdings and Route 66 Ventures.

In an attempt to disassociate themselves with Ripple woes, Tetragon filed a lawsuit in the Delaware Chancery Court in January 2021, seeking to enact its contractual obligation of buyback clause of its share value. Sadly, a few months later, the court ruled in favor of Ripple, ending the financial dispute with Tetragon.

Interestingly, after a remarkable performance last year, Ripple has decided to willingly repurchase $200 million Series C shares from Tetragon, SB Holdings, and Route 66 Ventures to enhance its financial strength in 2022.

Garlinghouse Explains The Action By Ripple

While commenting about the new development move this year, the CEO Brad Garlinghouse stated:

“Even with 2021’s headwinds, it was our best year on record, revealing that the company’s $1-billion bank balance makes it the “strongest we’ve ever been.”

Garlinghouse also shared his optimism for the future of RippleNet and Ripple X. The integration will enhance the utility of the XRP, interoperable and multichain functionalities, among other future advancements.

In the same context, a representative spokesperson stated that the purchasing decision was due to their strong position in the market, citing that Ripple now has positive cash flow and a strong balance sheet.

Moreover, the spokesperson noted that Ripple experienced its best hiring year in 2021, with the fintech firm employing hundreds of global employees to support the existing 500 employee workforce.