After struggling through decades of economic sanctions, Iran has now placed its first international import order using $10 million worth of crypto, based on a senior government trade official. 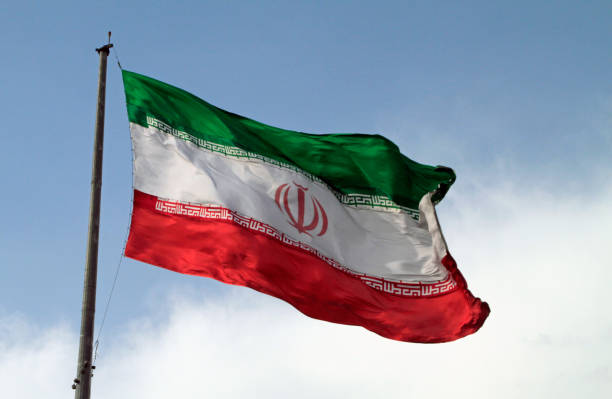 Prolonged economic sanctions against the Islamic state have compelled Iran to start using cryptocurrency as a medium of exchange for international trade deals.

News that the Islamic republic placed its first import order using cryptocurrency was shared by Iran’s Deputy Minister of Industry, Mine & Trade Alireza Peyman-Pak in a Twitter post on Tuesday.

While the official did not reveal any details about the crypto used or the imported goods involved, Peyman-Pak stated that the $10 million order represents the first of many international trades to be settled with cryptocurrency, with plans to ramp this up over the next month, noting:

“By the end of September, the use of cryptocurrencies and smart contracts will be widely used in foreign trade with target countries.”

Up until February 2022, Iran was the most sanctioned nation in the world. The country gets most of its imports from China, India, the United Arab Emirates (UAE), and Turkey, according to Trading Economics. 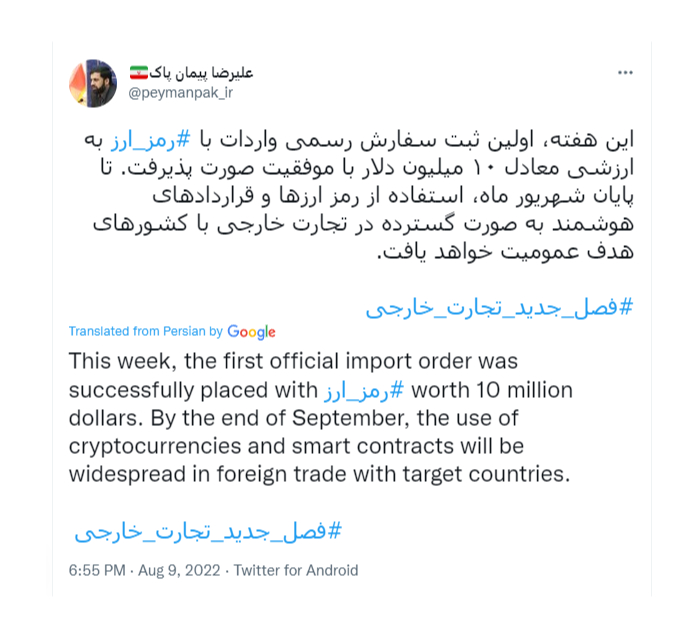 Nevertheless, Russia now takes the top spot as the most sanctioned nation in the entire world after its invasion of Ukraine in February. The Islamic nation has now been positioned to embrace cryptos as early as 2017. In October 2020, it amended a previously issued law to enable crypto to be used for funding imports.

In June 2021, the Iranian Trade Ministry issued 30 operating licenses to Irani miners to mine cryptos, which then need to be sold to Iran’s central bank. Iran is now using those mined coins for import payments.

In February, Iran was also looking at a CBDC built on the Hyperledger Fabric protocol as a means to enhance its existing financial network.