Gold is quite sensitive to surging US interest rates, as they grow the opportunity cost of holding non-yielding bullion while boosting the dollar. 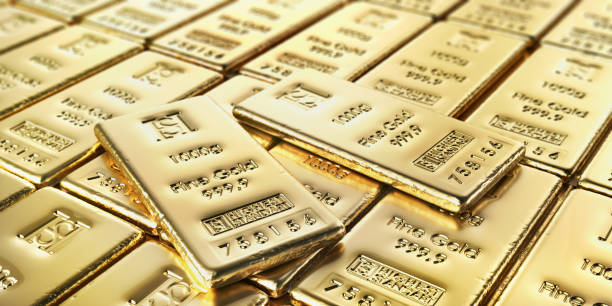 Gold is quite sensitive to rising US interest rates, since they increase the opportunity cost of holding non-yielding bullion while strengthening the dollar. The prices of gold struggled near a 28-month low on Friday, heading for the worst week in two months, as prospects of aggressive rate hikes by the US Federal Reserve lifted bond yields and took the shine off the precious metal.

“Currently, gold seems to be in an attempt to stabilize, coming after the heavy sell-off overnight. The bearish momentum could continue to drive a drift lower in prices until the FOMC (Federal Open Market Committee) meeting next week, where a hawkish Fed is the likely outcome.”

Benchmark 10-year US Treasury yields hovered near their highest level since June, while the dollar was moving towards a weekly rise against its rivals. Markets are pricing in a 75-basis-point rate hike by the United States central bank at its September 20-21 policy meeting after consumer prices unpredictably rose in August.

Data on September 15 showed that US retail sales unexpectedly surged in August as lower gasoline prices supported spending, while the US jobless claims fell in the past week. A senior market analyst at City Index, Matt Simpson, said:

“A 75-bp hike is fully baked in, so what everyone wants to know is whether the Fed will retain an aggressive rate of tightening as we head into 2023. Gold is likely to suffer with a hawkish hike.”

Gold is majorly sensitive to increasing US interest rates, as they increase the opportunity cost of holding non-yielding bullion while strengthening the dollar. In the meantime, India on September 15 cut the base import prices of gold. Spot silver dropped by 0.2% to $19.11 per ounce. Platinum dropped by 0.4% to $900.60, while palladium was barely changed at $2,135.78.