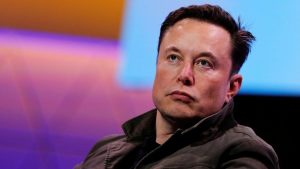 Elon Musk could be compelled by a US court to go through with his $44bn takeover of Twitter, according to legal experts, despite stopping the transaction. The Tesla chief executive told Twitter on Friday that he is walking away from the deal, pointing out concerns over the number of spam accounts on the social media platform.

Bret Taylor, Twitter’s chairman, responded with a tweet stating that the company planned to “pursue legal action to enforce the merger agreement”. On Sunday night, Bloomberg reported that Twitter had gathered a legal team to press charges against Musk.

The Twitter Board is committed to closing the transaction on the price and terms agreed upon with Mr. Musk and plans to pursue legal action to enforce the merger agreement. We are confident we will prevail in the Delaware Court of Chancery.

One legal expert said he anticipated Twitter to submit a lawsuit in Delaware, the US state that has jurisdiction over the deal, as soon as July 11. Brian Quinn, an associate professor at Boston College law school, stated:

“They will likely be asking for a declaratory judgment that they are not in violation of the contract. Also, they will ask for an order from the court that Musk specifically performs his obligations under the agreement.”

Under the terms of the deal, the company can request a judge for “specific performance”, which would force Elon Musk to purchase the company for the $54.20 a share he decided on in April. On the other hand, the company can also ask for a $1bn break fee from Musk for terminating the deal in breach of the deal.

Quinn said Musk’s arguments would likely be unsuccessful in court. In Friday’s letter, Musk raised three broad arguments: that Twitter had violated the agreement by declining to give enough information on spam accounts; that Twitter has misreported the number of spam accounts in its disclosures to the US financial watchdog; and that the company violated the agreement by failing to discuss with Musk when dismissing senior employees recently.

Quinn said Musk’s information demands on spam accounts were not “reasonable” and would not be recognized by the court. He stated:

“He can’t use unreasonable information requests to create a pretext to claim a violation.”

John Coffee, a professor of law at Columbia University, said:

“Musk is on very weak legal grounds. Twitter appears to have given him access to just about everything to satisfy his desire to know the percentage of bots among its users.”

Carl Tobias, Williams chair in law at the University of Richmond, said:

“Musk’s filing does not appear to give him strong legal grounds to walk away from the deal. His counsel has only made allegations and arguments for Musk’s position and judges would have to decide whether the evidence that Musk would present is persuasive enough to support ending the deal.”

However, Tobias added that both parties could decide to settle instead of reaching a situation where Musk is required to purchase a company he no longer wants. Analysts have cautioned that a protracted legal battle could further hurt the company’s share price and employee morale. A settlement with Musk would resolve the affair.

“Most similar disputes usually conclude with settlements that permit plaintiffs and defendants to save face.”

Analysts have also presumed that Musk could use the legal battle to obtain a lower price for Twitter, although investors are also supposed to consider legal action in case the deal fails to be completed at $54.20 a share and seek the difference between the sale price and the current stock price. Twitter is now trading at $36.81 a share.

“I doubt that the court will get to rule before there is a settlement, and the day-to-day price of Twitter will give you some idea of what Musk’s side will hope to pay.”