Bitcoin (BTC), the biggest crypto in the world, has now replaced gold as an inflation hedge for young investors, based on Wharton’s finance professor. Last year gold disappointed investors who trusted it as a hedge against inflation. The precious metal saw its worst year since 2015. 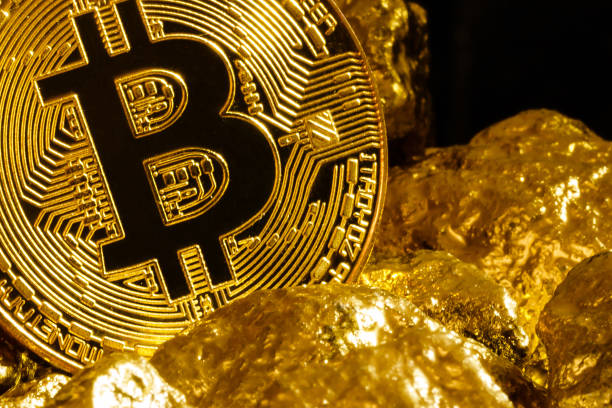 Gold’s performance was quite “disappointing” in 2021, Wharton School finance professor Jeremy Siegel stated in a CNBC Squawk Box interview on December 31, 2021. On the flip side, BTC has been majorly emerging as an inflation hedge among younger investors. Siegel insisted:

“Let’s face the fact, I think Bitcoin as an inflation hedge in the minds of many of the younger investors has replaced gold. Digital coins are the new gold for the Millennials. I think that the story of gold is a fact that the young generation is regarding Bitcoin as the substitute.”

Siegel also said that the older generations witnessed how gold surged during the inflation of the 1970s. He added:

Gold traditionally emerged as an asset class offering a hedge against inflation. But, it failed to meet investors’ expectations last year, recording its worst year since 2015 and losing nearly 5% to close the year at around $1,800. Despite huge price fluctuations over last year, Bitcoin had gained nearly 70% by the end of 2021.

Many prominent global investors supported bitcoin over gold in 2021, with the Dallas Mavericks owner Mark Cuban arguing that BTC was “better than gold” in October last year. Barry Sternlicht, Starwood Capital Group co-founder, also stated that gold was ‘worthless’ and that he holds bitcoin since every government was printing huge amounts of money.

But despite bitcoin becoming a majorly popular asset against gold, most financial and crypto experts think that it is yet to prove that it has achieved an inflation hedge status.