Police in Catalonia are conducting an extensive investigation after reports emerged that a Bitcoin ATM was stolen from a Grayscale Bitcoin Trust (GBTC) crypto exchange in the Sarria neighborhood of Barcelona at about 3 AM on November 12. 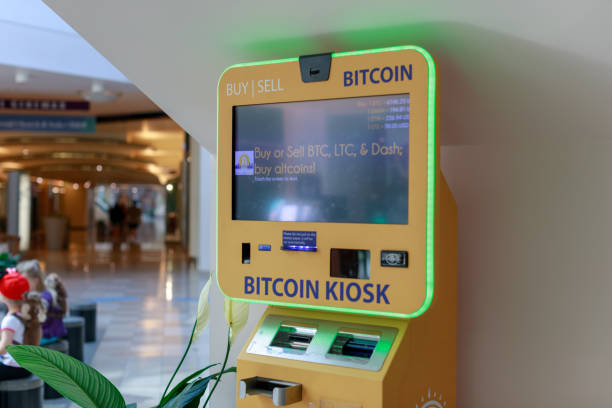 An unverified video that alleged to be footage of the incident showed an SUV ramming into the locked shutters of the GBTC storefront before six men in hoods put the cash machine into a second car that was waiting in the street. So far, police have refrained from commenting on the investigation to the local media, based on a Reuters report.

Bitcoin ATMs enable clients to acquire crypto using cash or a debit card, while some also let users exchange their cryptocurrency holdings for cash. Data acquired from the Coin ATM radar site revealed that there are 158 active Bitcoin ATMs in Spain, the biggest number in Europe.

The ATMs are now becoming more common in gas stations and convenience stores as they offer a seamless user experience. Looking on the other hand, they can also be easy targets for criminals.

CNBC allegedly reported that ATMs were mainly used as a tool for drug traffickers, money laundering, and various fraud scams in the United States. Most of the Bitcoin ATM operators are still registered with the United States Treasury Department’s Financial Crimes Enforcement Network in the states where the regulations are quite slack.

There have been many other stories that are related to Bitcoin ATM crimes in the past several months. In July, charges were laid against one 24-year-old man in Surrey for a BTC ATM robbery and property crime that happened on June 11, 2021, in Langley.

In other reports, Kraken Security Labs discovered that some hardware and software issues exist in the General Bytes BATMtwo (GBBATM2). The machines that operate on Google’s Android operating system, consist of a default admin QR code that lets anyone with its QR code compromise these ATMs.