In case the fundamentalists and professional investors succeed in the crypto sector, Mohamed El-Erian is ready to invest in bitcoin (BTC) once more. The Chief Economic Advisor at Allianz classified BTC investors into three categories; “fundamentalists, professional investors, and speculators.” He mentioned that he would become a BTC holder once more if the speculative traders leave the nascent space. 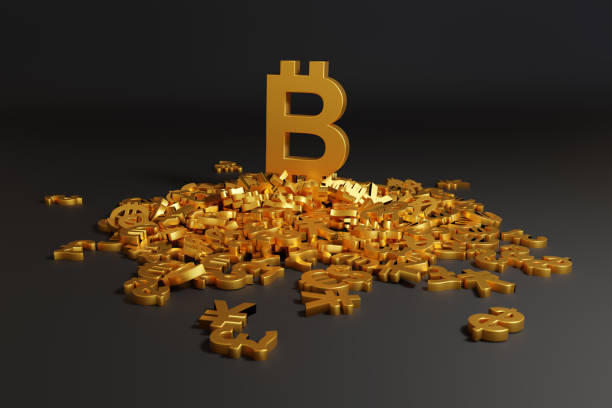 Will El-Erian Buy Bitcoin Once More?

Mohamed El-Erian, the President of Queens College and CEA at Allianz, said in a recent interview that he would possibly acquire bitcoin once more. It is now worth noting that he acquired an undisclosed amount in the ‘crypto winter’ of 2018 when the asset’s price was about $3,000.

“I felt compelled to buy it – I did. I felt like I had framed it. I had this level, I had an entry point.”

Nevertheless, at the end of 2020, BTC exploded to $19,000 and he sold his position. But in the following months, the biggest crypto continued with its rally to reach an all-time high of over $68,000 a few weeks ago.

Considering the massive price increase and the developments that are happening in the crypto space currently, El-Erian said that he could become a bitcoin owner once more. However, he said that with a condition; he will buy bitcoin only if some of the day-trading speculators in the market are shaken out.

Apart from that group, the Bitcoin investors can also become ‘fundamentalists’ who are in the market for the long term and professionals who seek to diversify their portfolios. According to him, these two types of investors:

“Are pretty solid in terms of supporting bitcoin and other cryptocurrencies,” he opined. They also understand the “underlying technology and model” and can be very “influential in the period ahead.”

Bitcoin And Crypto Will Not Replace The Dollar

The Allianz top executive also said that he sees digital assets as a ‘very disruptive force.’ MicroStrategy’s CEO who is one of the most passionate bitcoin supporters, Michael Saylor, also shared such thoughts recently. But, El-Erian does not think that bitcoin can replace the dominance of the US dollar. He said all that despite acknowledging its potential:

Regulations Should Be Imposed

El-Erian encouraged the crypto insiders to engage with different regulators as soon as possible to avoid issues that huge corporations like Facebook, Amazon, and Google encountered in their early days:

China might have banned the asset class. However, it is continuing to issue its central bank digital currency (CBDC) and apply blockchain technology in some sectors of its economy. In the same context, he warned that the United States and other countries in the West need to advance on this matter. If they do not advance soon enough, China will dictate the rules and standards:

“If the West is not careful, China will define standards for the world.”