While 2022 ended on a grim note with multiple macro headwinds offering a glimmer of hope of a revival in 2023, the start of a new year has surprised the bears with a surge in Bitcoin (BTC), Ether (ETH), and altcoin prices. The period of sparse volatility in the crypto space seems to be ending with a breakout on the upside. 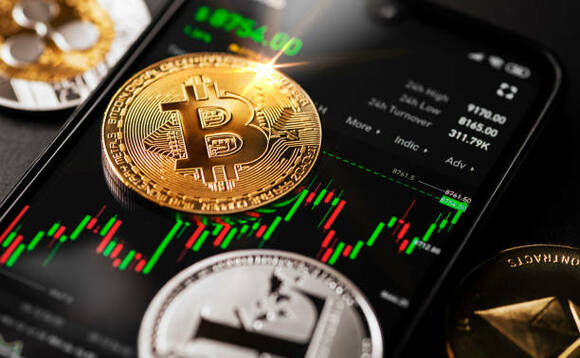 The increase has been mainly striking in some of the altcoins like Solana (SOL), Lido (LIDO), and Cardano (ADA). The key factors that are promoting the spike in these tokens are the negative funding rate in the futures market, mostly for Solana, and the imminent Ethereum Shanghai update (for LIDO).

The negative rates indicate that most of the traders are holding sort positions, giving a chance for the whale buyers to run their stop losses. On the hand, funding rates for some of the other tokens remain exposed to a short squeeze.

Furthermore, the New Year has also seen the re-emergence of degen gambling that had consequently taken a back seat after the FTX exchange collapse in November 2022. A meme coin price surge is evidence of the residual degen spirit. Technically, the total market capitalization of altcoins has exceeded a critical technical resistance level as bullish momentum seems to build.

While the sustainability of the Bull Run is still questionable because of the wider trend remaining bearish, the fledgling uptrend might still bring some pain for the late sellers. The main factors affecting altcoin prices include:

Job Market Data Revives Some Hope Of A Soft Landing

Defying the Dow’s estimate for 200,000 nonfarm payrolls and market expectations of a slowdown, labor market data from December 2022 showed a 230,000 or 0.2% increase in employment.

A strong job market goes against the prevalent recession claims and acts as a catalyst for a risk-on rally. The consumer inflation price (CPI) reading for December 2022 coming out on January 12 will be critical either to help on building on the newfound bullish sentiment or returning to negative sentiments.

In case of inflation continued with its downtrend, with December’s CPI print below 7.7%, then the market’s confidence in a soft-landing might increase. Nevertheless, in case of inflation surged in December, then the possibility of a higher rate hike in the U.S. Federal Reserve meeting at the end of January risks a sharp correction.

As the spot trading volume and liquidity on crypto exchanges plunged toward the end of 2022, mostly during the holiday season, futures markets gained more influence in moving the market prices. A contrarian price reaction against a heavily crowded trade position is highly possible.

Solana’s latest price surge is clear evidence of short-squeeze driving prices. Over the weekend, $200 million in SOL shorts got liquidated as its price exploded by more than 27% from the January 6 low of $13. Based on independent market analyst Alex Kurger:

“SOL still has room to go but the outperformance phase is mostly behind.”

While Solana’s pump may be nearly over, most traders are still net short on many altcoins like Apecoin (APE), Tron (TRX), Gala Games (GALA), and Bitcoin Cash (BCH). This gives the buyers a chance to push the price up and hunt the stop-loss liquidity of perpetual swap sellers.

In the first week of January 2023, a Solana-based meme coin named BONK recorded a staggering 25x surge. The rise represented the degenerate gambling spirit that was quite prevalent during the 2021 to 2022 Bull Run. On the other hand, bear markets seem to promote caution among traders.

Despite BONK’s eventual collapse, the successful pump-and-dump playout of meme coins like it suggests that some traders are still indulging in these high-risk operations.

The altcoin market capitalization broke above the 50-day exponential moving average (EMA) at $465 billion. Buyers will probably target the 100-day EMA at $563 billion – an expected average 20% gain across these tokens. Technical traders would look to tap these key levels before a reversal starts.

Notably, the relative strength indicator (RSI) for altcoin market capitalization also moved into bullish territory, surging above the 60-point resistance. Moreover, in case the buyers build support above the 50-day EMA with positive volumes, the near-term uptrend might extend toward the end of March 2023.

The sustainability of the bullish altcoin run is questionable, mostly because the underlying trend remains bearish. It is challenging to identify the fundamental catalyst supporting the Bull Run, and Bitcoin’s price trades below the resistance between $18,200 and $19,000. Hence, the uptrend might eventually fade as the buyers get exhausted.

Looking at the previous crypto cycles, altcoins outperformed Bitcoin in a bull run, and the following cool-down period saw a cross-over with Bitcoin leading the crypto market gains. The recent parabolic run of 2021 played out similarly, with the altcoins outperforming Bitcoin. Nevertheless, the correction period has not seen a wipeout of the altcoin market relative to Bitcoin.

Both altcoin market capitalization and the price of Bitcoin have lost around 75% of their value from the peak, as opposed to the altcoin losses exceeding Bitcoin.

An exception to the rule highlighted above can be due to Ether’s growing dominance in the market. Ethereum has managed to maintain its market dominance by about 20% with technical breakthroughs like the shift to an energy-friendly proof-of-stake mechanism and reduced inflation heavily supporting its price despite the negative trend. Yet, a deeper correction in the wider altcoin market capitalization cannot be ruled out for now.

Lately, social media circles have witnessed a significant revival of positive sentiment. Santiment data indicates that the social media mentions of keywords like “buy the dip” and “bottom” increased on platforms like Reddit, Twitter, and Telegram. Normally, a positive sentiment spike is a top indicator suggesting a reversal of the bullish price trend.

One of the first major hurdles will be supporting the price after a wipeout of short orders. Being one of the first tokens to gain value considerably, Solana and Cardano might offer clues that point toward the end of the uptrend.

In case the price of SOL manages to break below the support that has formed at $14.33 with a concurrent drop below $0.30 for ADA, it might be a warning sign of the bull’s exhaustion.

Simultaneously, tokens like LIDO that benefit from the liquid staking derivatives narrative might continue to rise until Ethereum core developers implement the Shanghai upgrade. Macro market movers like the CPI print and Bitcoin’s price action will play an integral role in sustaining an altcoin bull run.