Russian President Vladimir Putin has officially signed a bill that bans the use of digital assets for payments within the country. The bill prohibits crypto as a payment option which some analysts believe has derailed the rate of crypto adoption and digital assets innovation in the country. 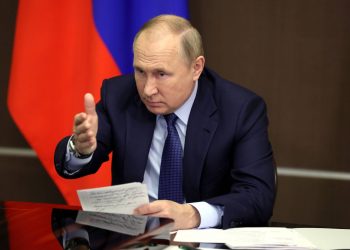 DFAs features all digital assets, including crypto. The law also bans payments that have utilitarian digital rights (UDR). Anatoly Aksakov, the chairman of the Financial Market Committee, in the State Duma, the Russian parliament’s lower chamber, put forward this law on June 7, and the parliament approved it on July 8.

Before now, the nation had no defined law banning digital assets for payments. However, it has banned “monetary surrogates” and considers the Ruble the only legal tender accepted in the nation. The law will eventually become effective 10 days after publication in the government official gazette.

Nonetheless, the bill does not ban digital assets, meaning there are other possible applications, including payments in the international trade arena. Russia is now facing extensive economic sanctions due to the war in Ukraine. Some government officials support the proposal to allow cryptocurrency payments for trade with partners.

In the meantime, the nation is yet to regulate crypto. Last year, it enacted a law “On Digital Financial Assets,” that introduced two legal terms – DFA and UDR.

According to the officials, DFA refers to crypto, and UDR covers all other types of tokens. Moreover, the legislators in the nation will consider introducing a new bill on digital currency later in the year. The law is expected to offer more regulatory clarity.

Despite all these regulatory gaps, crypto remains a major talking point in Russia. World powers, including the United States, think that Putin is circumventing sanctions using crypto. However, experts stated that the probability of that happening is considerably low due to the public nature of blockchain technology and the size of Russia’s economy.

On its part, the Russian authorities and regulators are beginning to see the potential that comes with crypto and digital assets after considering a blanket ban on the assets originally. In January, Putin expressed his support for Bitcoin mining, stating that the nation has many benefits including well-trained personnel and a surplus electricity supply.

In that context, many experts see Russia’s posture towards crypto as mixed with some members of the government maintaining a harsh stance on the space.