The firm plans to ‘invest in innovation at a faster pace’ and assist clients as the online grocery market thrives.

Ocado is planning to collect £575m from investors to fund the enlargement of its technology arm, which allows overseas retailers to sell groceries online. It has also arranged a further £300m credit facility with a syndicate of international banks. 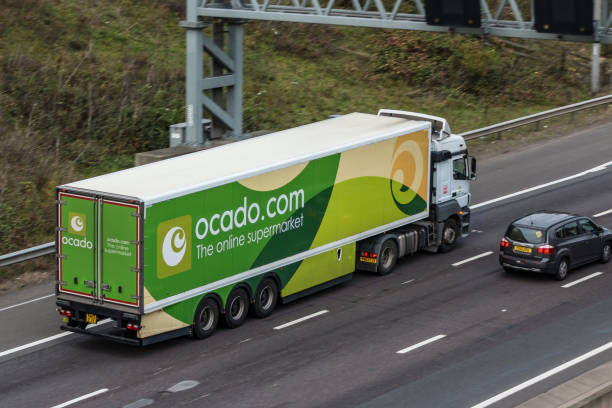 Ocado said it needed the cash to “invest in innovation at a faster pace” and assist its clients, which include the French grocer Casino and the US supermarket chain Kroger, to speed up the shift to online shopping.

The online delivery specialist’s plan was disclosed in late June 20 but came as Fitch lowered its credit rating from stable to negative. The rating agency said it would take more time than planned for Ocado’s business building hi-tech warehouses for overseas retailers to become lucrative. Fitch said in a note:

“Our rating reflects the growing scale, upfront investments, and execution risks associated with the progress on 40 of its international [distribution centers] over the next four years.”

Fitch said the pressure on profits would be brief. However, short-term profit margins would suffer losses from customers spending less for every order amid the rising cost of living and higher energy, labor, and marketing costs.

Clive Black, a retail analyst at Shore Capital, said Ocado required to obtain cash as it was funding:

“Huge research and development, enormous operating costs and capital expenditure, and it doesn’t generate the money to cover this experiment. It’s symptomatic of an interesting business that doesn’t make enough money to cover its project.”

Ocado’s share price has reduced by fifty percent in the past year to 831p, amid concerns that it failed to profit from the shift to online shopping during the pandemic when trading at supermarkets and high street stores were restricted globally.

The company’s hi-tech warehouses strive to adjust to the rapidly shifting retail landscape in the UK over the past two and a half years, while the big supermarkets Tesco, Morrisons, Sainsbury’s, and Waitrose all immediately boosted deliveries via their stores or partnerships with companies such as Deliveroo.

Last month, Ocado cautioned that its sales growth would be lower than half the rate it had expected as the cost-of-living crisis and dining out and return to office work affected trade.

The online grocer, which is partly owned by Marks & Spencer, said it currently anticipated growth lower than 5% for the year to the end of November in comparison to the 10% predicted.

The estimate came after sales dropped 8% in the two months to 25 April as opposed to a 5.7% decline in the three months before. Shoppers have been purchasing fewer items than usual.