The relationship between XRP tokens and Ripple Labs has been a highly controversial topic in the crypto sector for some time now. While there is incredible evidence through older documents that XRP was also known as Ripple in the past, since the XRP initiative in 2018, the firm has placed lots of emphasis on the fact that the crypto is known as XRP.

Particularly, the firm’s massive XRP holdings in escrow accounts have been the focus of controversy. By December 2017, Ripple developed 55 escrow accounts, each of them holding 1 billion XRP. Over five years later, as of January 2023, the firm still owns 43.3 billion XRP of all 100 billion pre-mined XRP.

While Ripple developed the escrow accounts to offer transparency and also publishes quarterly reports, a Twitter researcher called “Mr. Huber” has made a ‘finding’ that sheds some light on a different angle on Ripple’s impact on the price of XRP.

In an update on the firm’s trading of XRP on January 16, the researcher wrote that the firm purchased the dump at New Year with abnormally high volume and is now selling it with extraordinarily high volume:

The data that the researcher refers to comes from the official API. Mr. Huber explained:

“That’s how transparent they are. You don’t have to wait for the quarterly reports, you can get the weekly data from their API.”

Interestingly, the firm is selling four times more XRP currently than it has on average in the past two years.

This researcher first published his investigation on Twitter at the end of October 2022. At that time, he wrote that he was quite surprised that nobody has taken a closer look at the firm’s XRP holdings that do not find their way back into the escrows.

On October 23, Mr. Huber shared a chart showing the supply of XRP separated into escrowed, distributed supply, and undistributed supply. On the chart, red shows the fintech’s liquid XRP holdings. Based on the researcher, they have been constantly decreasing since November 2020 until there was a reversal in September 2022.

The dataset since the start of 2022 showed that the escrow holdings were getting smaller while the non-distributed supply was getting bigger. The researcher published at the end of October:

“At the red line, you can see very well when Ripple sells and buys back. Ripple is now buying back.”

An XRP community member asked the researcher in October whether he thinks XRP is inflated by the buybacks. Huber replied:

“Ripple is very transparent about how many tokens it holds. But exactly how Ripple calculates that wasn’t clear. XRP that Ripple buys back is considered ‘non-circulating’. I have now discovered that you can use the API to track how much XRP Ripple is selling and buying.”

As Huber highlighted, the reasons can just be speculated. But, he wrote:

“Now I think about it, what Ripple is doing is trying to keep the price as stable as possible.”

In October 2022, Huber suggested that the buys were related to the purchases of XRP on the secondary market.

“It is exactly this! Ripple bought back about half a billion XRP since September! That’s probably why the price increased and why the circulating supply decreased though more XRP was released from escrow!”

It is backed by the latest quarterly report (Q3 2022), where the firm wrote that it has been a buyer of XRP in the secondary market and expects to continue purchasing as On-Demand Liquidity (ODL) continues gaining global momentum.

In Q3 2022, Ripple’s total XRP sales, net of purchasers, were $310.68 million, down from $408.90 million in the previous quarter. The firm insisted that it continues to sell XRP just in conjunction with ODL transactions.

Furthermore, it stated that it has not done any programmatic sales (since Q4 2019) and “has no plans to do so going forward.” 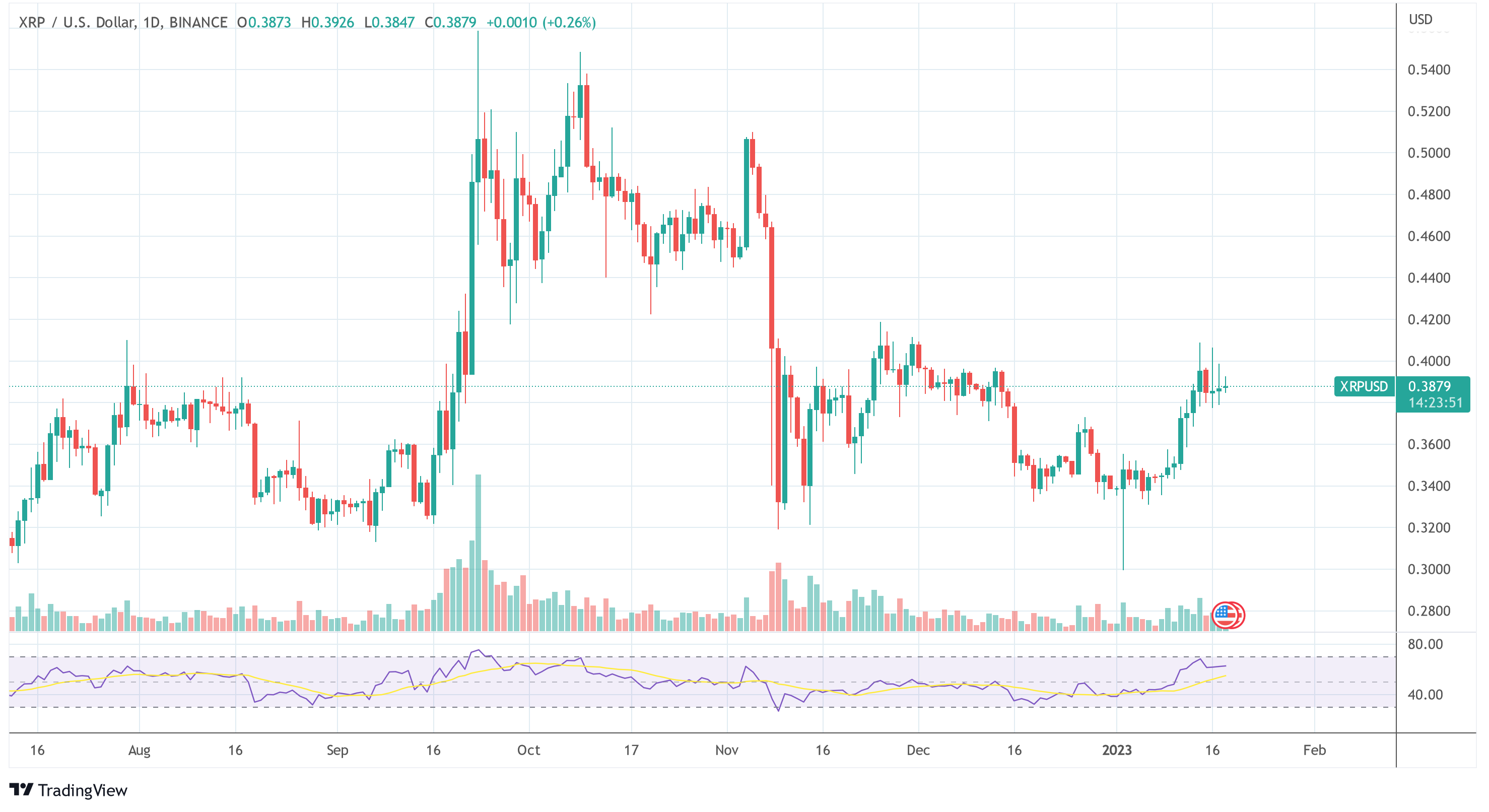