The European Union’s executive summarized plans on Wednesday to collect over $140 billion from energy firms to help protect businesses and households from surging prices that indicate economic recession and insolvencies. 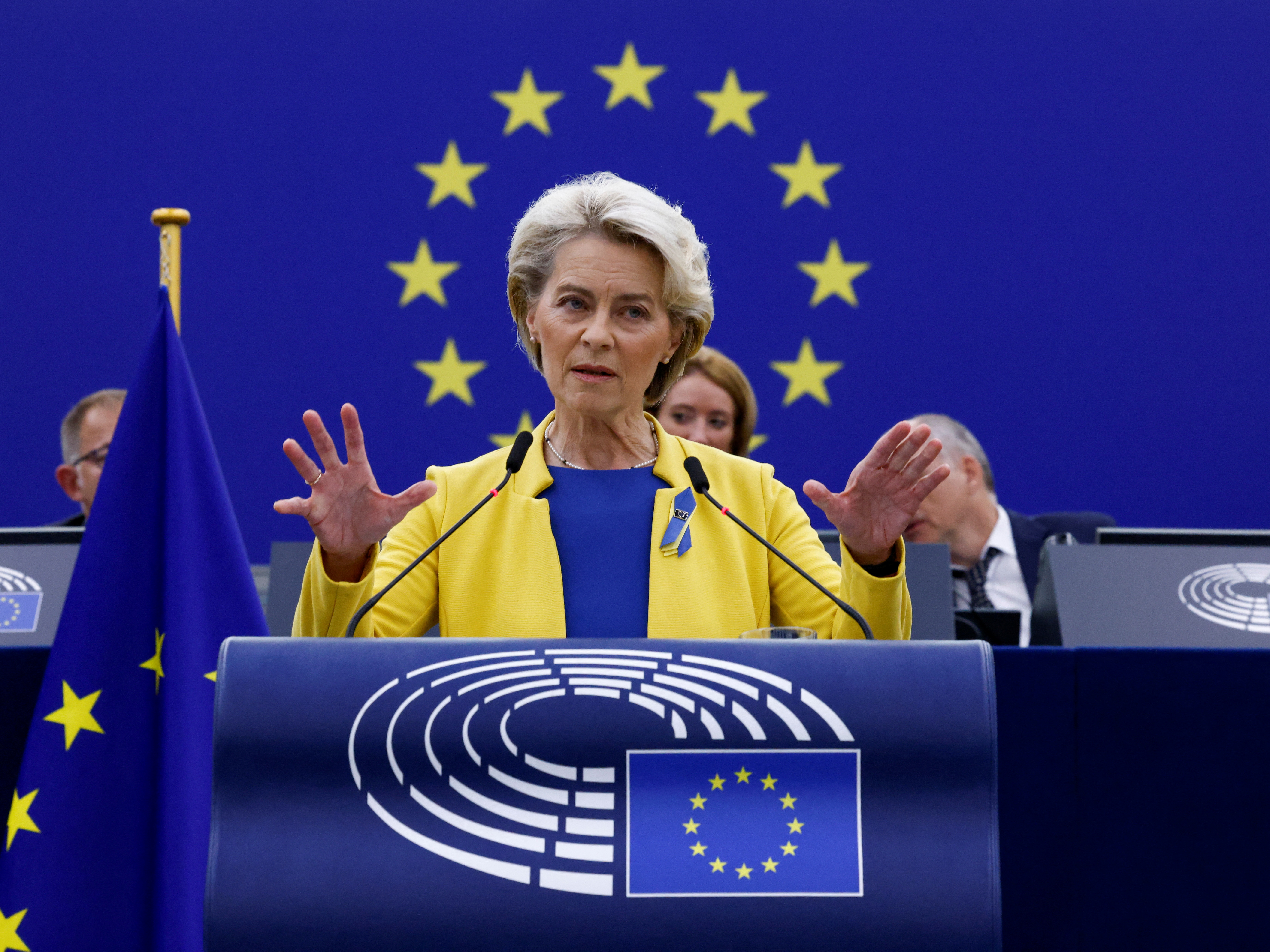 European power and gas prices have climbed this year as Russia reduced fuel exports in response to Western sanctions over its invasion of Ukraine, leaving many straining to pay bills and utilities battling a liquidity crunch.

The European Central Bank’s chief economist said these sky-high prices continue to be a “dominant driving force of inflation” in the euro zone. European governments have responded with measures ranging from giving credit and guarantees to power providers at risk of collapse to capping consumer gas and electricity prices.

“EU Member States have already invested billions of euros to assist vulnerable households. But we know this will not be enough,” European Commission President Ursula von der Leyen told the European Parliament.

In separate steps to try and shield consumers from soaring inflation, France declared new energy price caps for next year and Denmark set its own temporary ceilings on energy bills.

And in Germany, Uniper (UN01.DE), its biggest importer of Russian gas, said the government could obtain a majority stake to help it deal with the crisis, and a local utilities industry group cautioned of insolvencies among power companies.

The European Commission’s proposal included capping revenues from electricity generators that have profited from surging prices but do not depend on gas. It also included measures to compel fossil fuel firms to share gains from energy sales.

“In these times it is wrong to receive extraordinary record revenues and profits benefiting from war and on the back of our consumers.”

National governments would be accountable for recovering the excess revenue and directing it into measures that could include reducing electricity bills, or assisting consumers invest in energy-saving measures such as home insulation.

No Cap For Now

The EU plan did not include a previous idea to put a cap on Russian gas prices, Russia warned it could halt all fuel deliveries if one was enforced.

In that context, the Commission said it was still analyzing a Russian gas price cap, and considering the idea of wider gas price caps, which have also caused a disconnect among member states, and were not included in Wednesday’s proposal.

Europe’s benchmark gas price jumped to around 208 euros per megawatt-hour (MWh), well under an August record above 343 euros but more than 200% up on a year earlier.

Europe has rushed to stock up its storage facilities and has already reached a target to have them 80% full by November. But Russian supply cuts, which it says result from sanctions delaying maintenance, make the winter outlook uncertain.

Moscow downplayed the effect of lost gas sales to Europe, saying there were other countries ready to buy its energy as Europe aims at minimizing its reliance on Russia.

As part of the comprehensive package of measures, the European Union’s securities watchdog will announce temporary market fixes by September 22 to help reduce a liquidity crunch experienced by energy firms, the European Commission said.

Utilities often sell power in advance but must provide collateral to clearers in case of default before they supply any power. As gas prices have surged, so have collateral demands.

“We will work with market regulators to ease these problems by amending the rules on collateral – and by taking measures to limit intra-day price volatility.”

Earlier, Germany’s local utilities industry group VKU cautioned about possible insolvencies. Some utilities in Britain and the EU have already collapsed as they have often been unable to transfer the full impact of gas price hikes to consumers.

“If individual companies are allowed to go bust, then it could become more difficult to finance the activities of all,” VKU Managing Director Ingbert Liebing told Reuters, adding the group was holding talks with the German government.

In the meantime, Uniper’s shares fell 20% after the company, which has already acquired 13 billion euros of credit lines from the state, the majority of which it has already drawn, said the government could obtain a majority stake.

The Commission said it was also deciding on a transactions-based price benchmark that more accurately represents the market for gas imports. 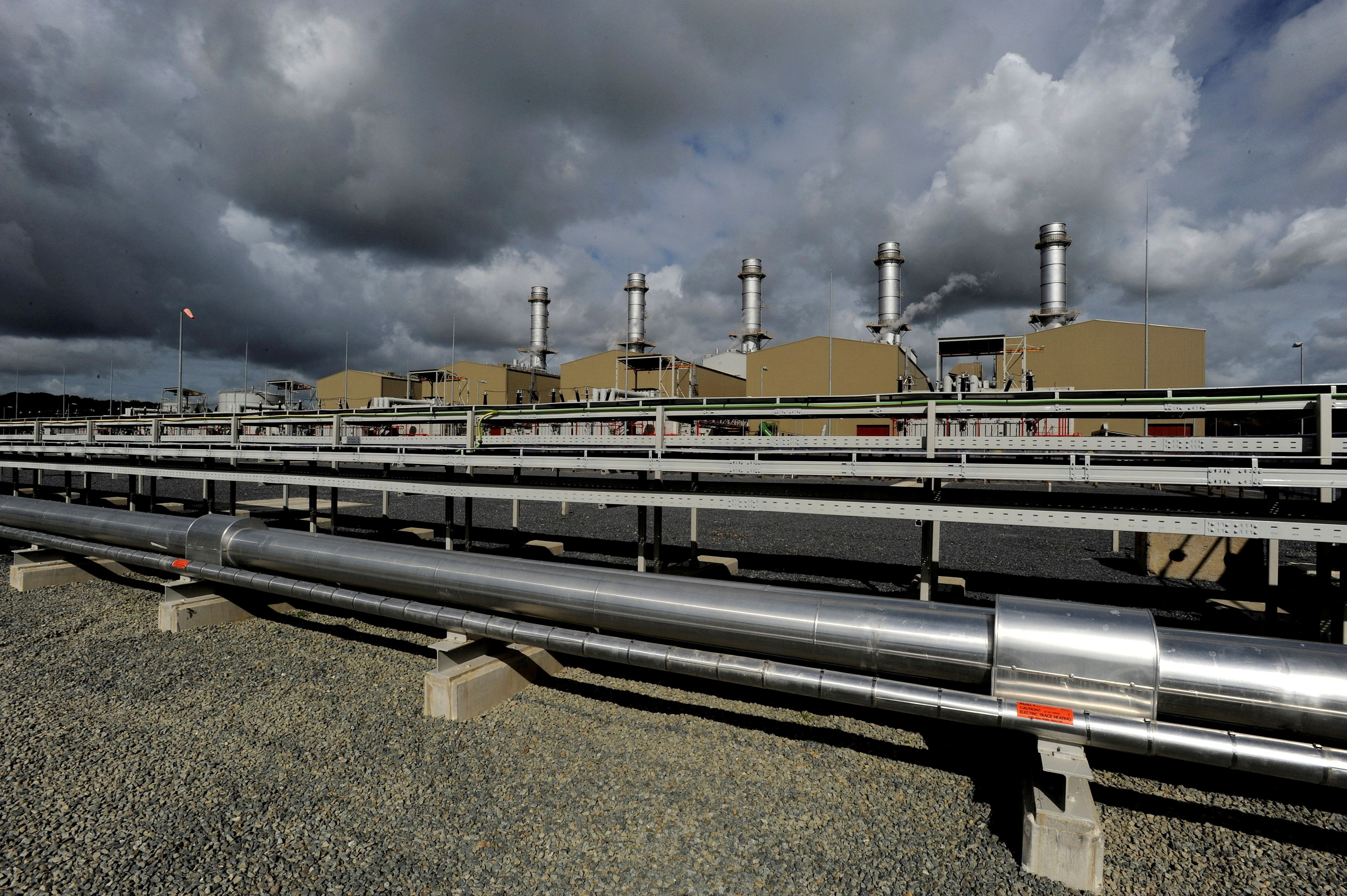 In France, grid operator RTE said there was no risk of a complete winter blackout but did not exempt some power cuts at peak times, saying weakening demand was crucial.

“As a last resort, organized, temporary and rotating load shedding outages can be activated to avoid a widespread incident.”

And the French government said power price rises for households will be capped at 15% at the start of 2023.

The government said the caps – which provide for a much larger rise than this year – imply that households with gas heating will on average pay 25 euros more every month instead of almost 200 euros more without any cap, and 20 euros instead of 180 with electricity heating.

“We are determined, just like at the beginning of the crises we have been facing, to act, adapt, and protect the French and our economy.”