The sleepy Tanzanian port of Mtwara largely dealt in cashew nuts until late 2021. Now it sweeps with vessels loading up with coal, as Russia’s invasion of Ukraine causes a global race for the polluting fuel. 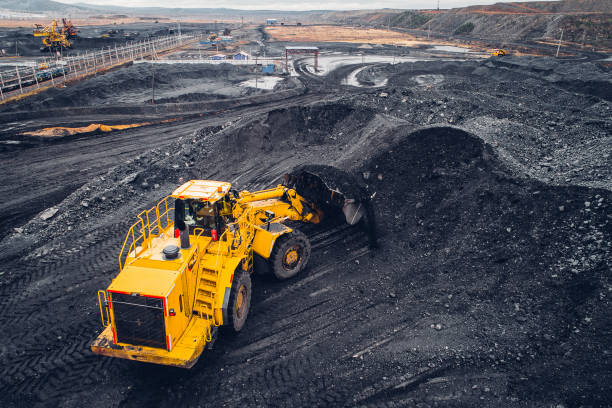 Tanzania normally exports thermal coal only to neighboring countries in east Africa; delivering further afield was unthinkable, as it required trucking the material over 600 km from mines in its southwest to Mtwara, the nearest Indian Ocean port.

Europe’s catastrophic energy crisis has changed all that.

Prices for thermal coal, used to produce electricity, have jumped to record levels due to the war, which has led to most European countries being deprived of access to vital supplies of coal and natural gas from their major provider Russia.

Buyers in Europe and beyond are now competing to pay top dollar for coal from often remote mines in places such as Botswana, Tanzania, and even possibly Madagascar. The growing coal demand, driven by governments trying to detach themselves from Russian energy while limiting power prices, disagrees with climate plans to turn away from the most polluting fossil fuel.

“European players, after the Russian war, are going to any place where there is coal,” Rizwan Ahmed, managing director of coal miner Bluesky Minings said in Dar es Salaam, Tanzania. “They are offering to pay very good prices.”

Commodities trader Cargill has seen a significant increase in coal shipments into Europe in recent months, said Jan Dieleman, president of Cargill’s ocean transportation division, with the company shipping 9 million tonnes of coal worldwide in the June-August period in comparison to 7 million a year ago.

“Europe is competing with other buyers and the alternative is more expensive, which is gas. Europe should be able to source coal and we will see very strong flows into Europe from Colombia, South Africa, and even further away.”

Although the window of opportunity may be brief should the geopolitical winds veer, some countries with coal resources see the margins to be earned as too good a chance to pass up.

Front-month physical thermal coal at Australia’s Newcastle port – a global benchmark – was trading at $429 a tonne on Sept. 16, just below a record high of $483.50 in March and a jump from about $176/tonne this time a year ago.

Mtwara has seen 13 vessels heap up with coal since November 2021 when it put to sea its first-ever coal shipment, according to a port official; the most recent, the MV Miss Simona, a bulk carrier with 34,529-tonne capacity, anchored last week, heaped up and set sail for France.

Since the end of June, 57 cargo orders – requests for available vessels – to transport Tanzanian coal have been identified on the spot freight market in comparison to just two in the same period a year ago, according to analysis from maritime and commodities data platform Shipfix. A Last Hurray For Coal?

Tanzania predicts coal exports to grow twice this year to about 696,773 tonnes, the country’s Mining Commission told Reuters, while production is predicted to rise by 50% to around 1,364,707 tonnes.

Targeting substantial tax revenues from this increase in exports, the government is thinking about constructing a railway that would connect the coal-producing Ruvuma region to Mtwara, said Yahya Semamba, acting executive secretary of the Mining Commission, a government body.

Tanzania-based miner Ruvuma Coal has already shipped at least 400,000 tonnes of coal through a trader to countries including France, the Netherlands, and India since November, according to trade data analyzed by Reuters.

Coal miners are benefiting from unprecedented profit margins in what some see as a last hurrah for an industry experiencing extreme pressure to reduce production; with coal at $75 a tonne in late 2020, a coal mine might rake in a cash margin of $15/tonne, said Rob West, analyst at consultancy Thunder Said Energy. But as prices reached $400/tonne, the cash margin rose to $235/tonne.

Indeed traders in Europe are prepared to pay double the price quoted by Asian buyers, according to some mine executives such as Bluesky’s Ahmed, who said his company didn’t currently ship through Mtwara, but intended to do so, and had gotten requests from buyers in Britain, Germany, and Poland.

Similarly, in landlocked Botswana, selling coal on the seaborne market used to be inconceivable, with the bulk of exports being sold to neighboring South Africa, Zimbabwe, and Namibia.

“Earlier, the logistics would kill us. However, at current prices, we can make this thing work,” said Morné du Plessis, CEO of Botswana-based coal miner Minergy (MIN.BT).

Minergy has transported two shipments of about 30,000 tonnes each from Namibia’s Walvis Bay port, and sent two trains of coal to be transported from Mozambique’s Maputo port. The island nation of Madagascar, the world’s largest exporter of vanilla, could become another entrant to the global coal scene.

Prince Nyati, CEO of one of the companies delivering a coal project in the country, stated:

“The current prices comfortably support a business case for coal miners in Madagascar to start exporting coal for the first time in the country’s history.”

However, newbies will have to prepare themselves to pull out or even halt production if the market conditions become adverse, Nyati added. 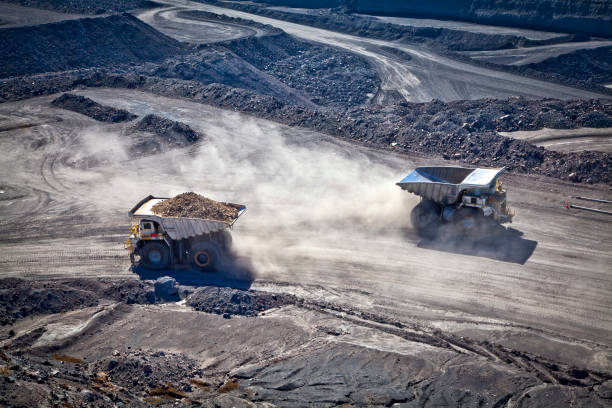 ‘Coal Has Been Embraced’

Surging demand and tight supplies of coal have changed trade routes, pushing up global “deadweight tonne days” for the fossil fuel to all-time highs in July, according to Braemar research, citing a measure of shipping levels in terms of length of voyages and fleet usage.

Thermal coal imports by the European Union from Australia, Indonesia, and South Africa – which have normally supplied Asian markets – jumped more than 11-fold in the four months after Russia’s invasion of Ukraine, data from Indian consultancy Coalmint showed.

The war has made EU nations to move to reduce dependence on gas from Russia, which has cut its large deliveries to the region. The bloc’s ban on Russian coal imports has further escalated pressure on electricity generators to obtain alternative sources of the fuel.

Russia generally supplies almost 70% of the EU’s thermal coal, according to the Brussels-based think-tank Bruegel, while it usually provides 40% of the bloc’s natural gas. European states have briefly set aside environmental goals as they seek to store up the fuel and restart dormant coal plants to get ready for what could be a harsh winter.

Analysts at Bank of America commented about Europe:

“Strong incentives have pushed coal and lignite generation 25% above year-ago levels, despite a whole host of plant closures over the past three years.” 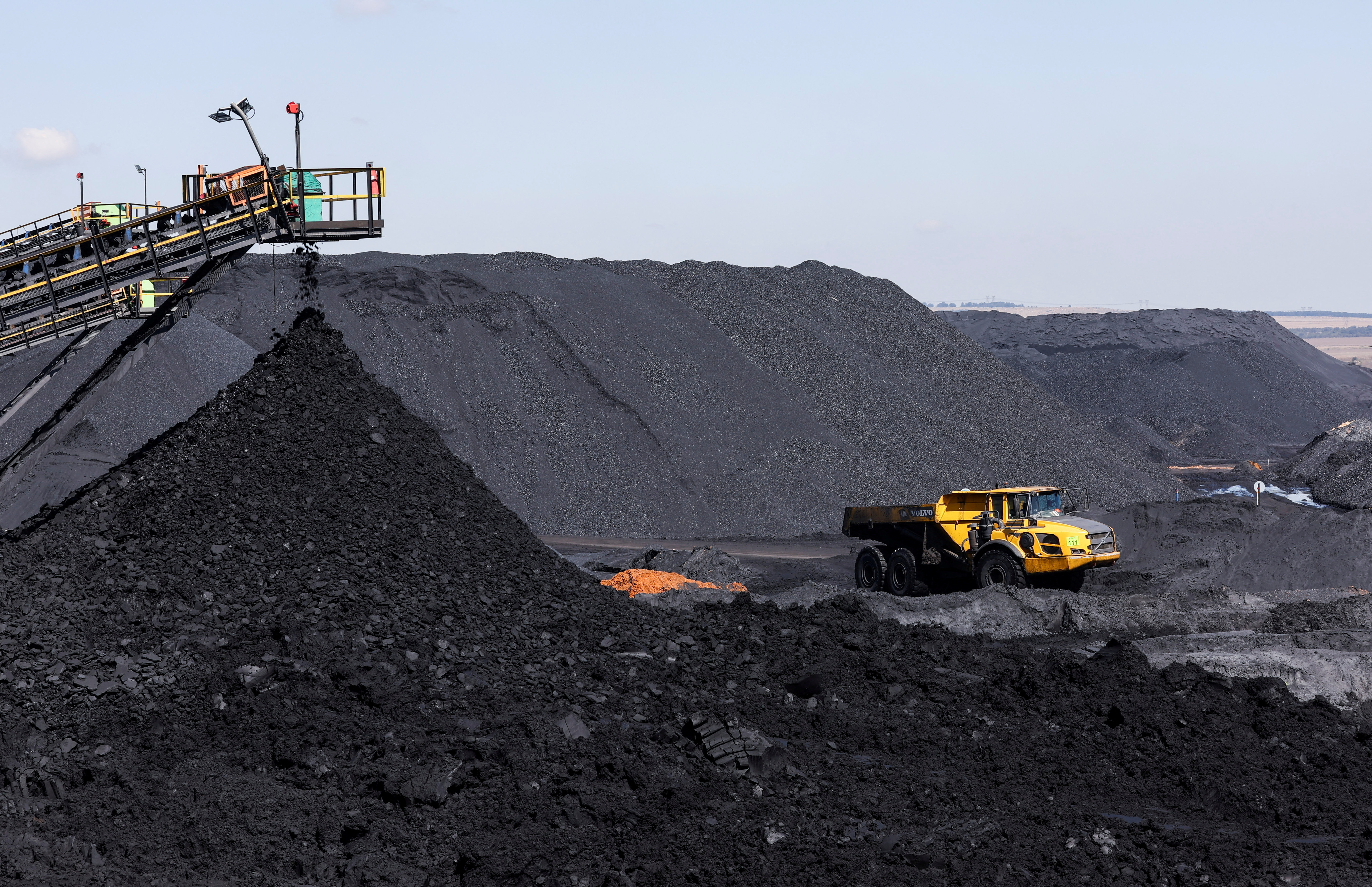 The current step-up in thermal coal combustion could place countries on a collision course with lofty CO2 emissions reduction goals; in the EU, burning additional coal will increase CO2 emissions by 1.3% each year if Russian gas supplies are completely paused, according to energy think-tank Ember.

Governments in Europe say this is a short-term change, although that could hinge on how long the energy crunch persists. Germany is postponing scheduled shutdowns of some coal plants in order to ensure the security of power supply.

Minergy, the Botswana coal miner, sees the coal market remaining robust until at least mid-2023, if not longer. It wants to multiply its production capacity.

“The negative narrative surrounding coal has been abandoned, and coal has been embraced as the go-to energy source in the energy crises arising from the war.”