On October 15, 2021, Bitcoin flirted with $60,000 briefly for the first time since April 2021. After six months of ups and downs, Bitcoin appears to be getting ready to retest all-time highs. The price has been boosted by reports suggest that a Bitcoin futures ETF might start trading in the US as early as next week.

Data acquired from TradingView shows that the prices of Bitcoin have been on a slow grind moving upward since the start of October. Before the latest upside price action started, the prices had hovered around $42,000 from September 20 to October 1. 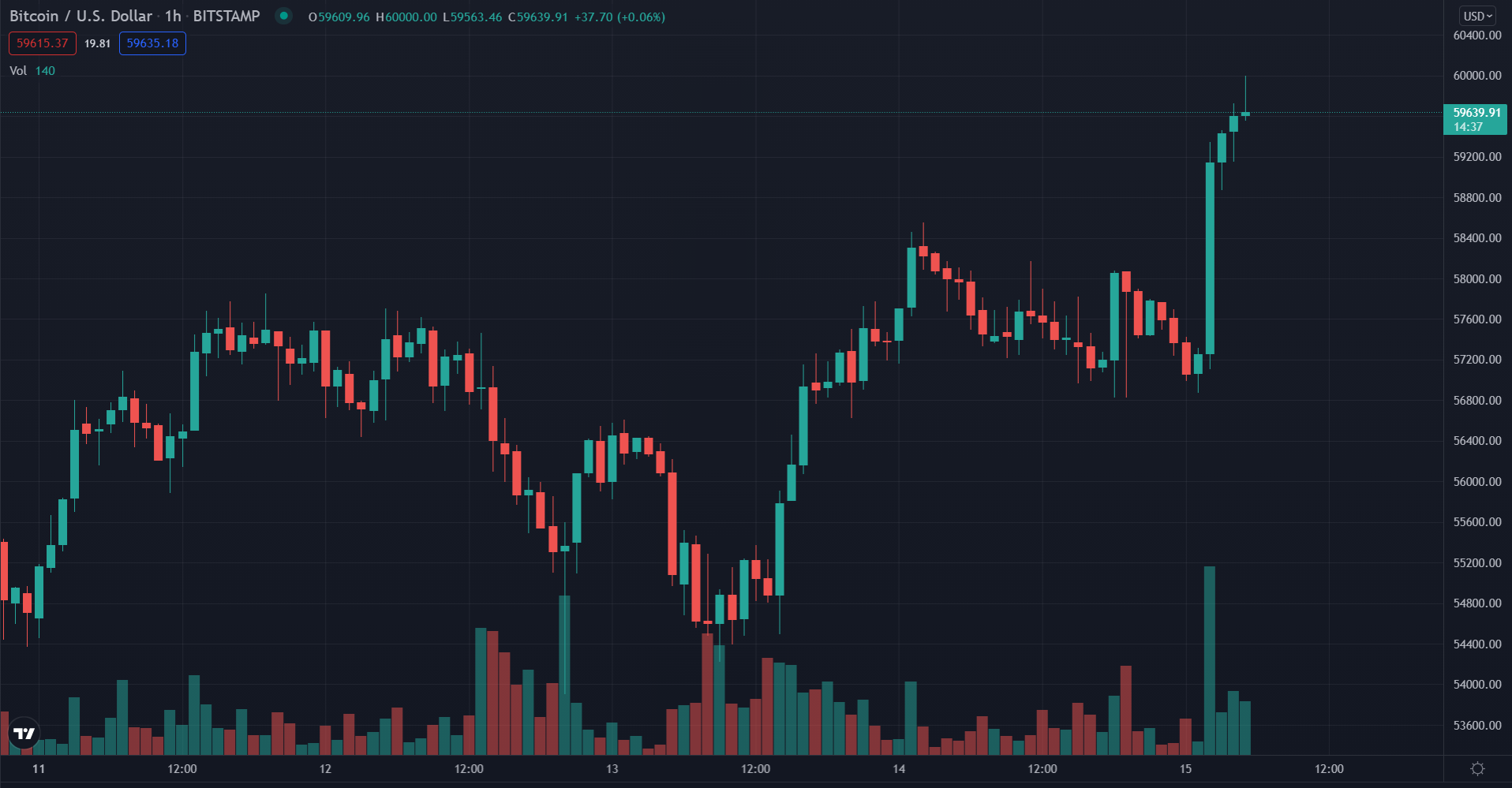 Earlier in the day, Bloomberg reported that sources familiar with the matter had issued some positive indications that the US Securities and Exchange Commission (SEC) might approve several Bitcoin futures ETFs to start trading in the coming week.

Where Will Bitcoin Go Next?

With more positive news coming from regulators, it is expected that the Bitcoin price will surge further. One renowned market analyst, PlanB, the creator of the stock-to-flow (S2F) Bitcoin price model has predicted that BTC will close October above $63,000.

The proponents believe that there is still room for a move higher while the critics say that a massive crash is imminent for the BTC market. Are six figures achievable before the end of the year or will the bears return to dominate the markets?