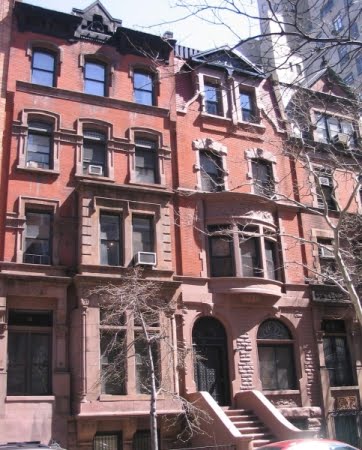 Readers of mine know that I have written two articles about why a collapse in Queens home prices was almost certain.  Yet no collapse has occurred.  Was I wrong?

I never stated that the collapse was imminent.  I said I had no way of knowing when the banks would start foreclosing on all those delinquent borrowers.  But they will.  Now is a good time to take a look at why the entire New York City (NYC) market is headed for collapse.
First, let’s see what’s happened to home prices around the country since the expiration of the first-time buyer tax credit.  The best source for this is Clear Capital and its excellent Home Data Index (HDI) Market Report.

Since the end of last summer, home prices nationwide have plunged by an average of 11.5% through April 2011.  Some of the worst major metros have fallen even more.  Talk of home prices bottoming has stopped.  For a year, I’ve been saying that there is no housing recovery in sight.

Yet New York City (NYC) median home prices have held up pretty well during this period.  Why?

In my two articles about Queens, I pointed out that the servicing banks are simply not foreclosing on delinquent homeowners.  They aren’t even putting them into default (NOD).  Take a look at this chart from the first article showing the rise in serious delinquencies in that borough.

A year ago, 11.2% of all Queens homeowners with a mortgage were delinquent by 60 days or more.  I obtained these figures from TransUnion, the credit-reporting firm which puts out a quarterly mortgage delinquency report based on its database of 27 million anonymous credit reports.  In the first quarter of 2008, that figure was only 3.9%.

That 11.2% figure equaled roughly 25,000 seriously delinquent homeowners.  This number was confirmed by a fairly recent NY Federal Reserve Bank report which stated that 10% of all first liens in Queens were delinquent by 90 days or more.  Remember, these figures are for only one of five boroughs in NYC.  The NY Fed’s report also showed a 90+ day delinquency rate of 11.8% for the Bronx and 9.5% for a Brooklyn.

Are the banks making any attempt to foreclose on all these delinquent homeowners who are living rent-free?  You judge.

Let’s take a good look at this amazing graph.  New York City has roughly 8 million residents, easily the largest city in the nation.  The graph from PropertyShark breaks down the new foreclosure auctions (actually sheriff sales) scheduled by borough.  You can see that the vast majority scheduled are for Queens.  None of the other four boroughs exceeded 150 scheduled auctions in any month since the end of 2008.

Notice carefully that the peak number for Queens starts to decline well before the robo-signing mess occurred last fall.  Sorry, that problem had nothing to do with the bank’s refusing to foreclose on delinquent homeowners.  It did provide some cover for the banks, though.

The plain truth is that for more than two years, the servicing banks have made no effort to foreclose on these seriously delinquent borrowers throughout the Big Apple.  Take a look at these incredible figures for the number of NYC REOs for sale on foreclosure.com on May 30.

Repossessed Properties on the Market in NYC – May 30

I’m not making these numbers up.  Go to foreclosure.com and check for yourself.

So what does all this mean for the NYC housing markets?  Homeowners in any of the five boroughs do not have to compete with foreclosures for sale as they do in every other major metro.  So can they list their property for anything they want.  And they do.  Every once in a while, like the venus fly trap, a seller is fortunate enough to catch a buyer.

Sellers don’t catch many, though.  In Jonathan Miller’s thorough quarterly report on the Queens market put out by Prudential Douglas Elliman Real Estate, he counted a total of 2,483 1-3 family houses, coops, and condo units sold during the fourth quarter of 2010.  That is roughly 830 per month.  This is for a borough with roughly 2.2 million residents.  These buyers paid a median price of $363,000.  If you weren’t aware of what I’ve explained, you would think that the Queens market has held up fairly well.  No way.  The overwhelming majority of properties on the market in all five boroughs just sit … and sit … and sit.

Where All Five Boroughs are Headed

At some point, the banks will be under tremendous pressure to foreclose on the huge number of seriously delinquent properties that are now either vacant or occupied by “walkaways” who have been enjoying the free ride longer than anywhere else.  Look at this shocking chart from Lender Processing Services.

It shows that In New York State, homeowners with a notice of default (NOD) on their property have not made a mortgage payment for an average of 644 days.  That is more than 21 months.  Nice deal, isn’t it?

When the banks begin to foreclose and dump the REOs on the market, prices in all five boroughs will completely collapse.  This is almost as certain as night follows day.  Ignore it at your own risk.

Strategic Defaults: A Bad Situation That Could Get Worse by Keith Jurow

Is it Time to Invest in Las Vegas Real Estate? by Keith Jurow

Keith Jurow is the author of the MVP Housing Market Report.

Note: Keith will be focusing on the entire NYC housing market and the suburbs in the seventh issue of his Housing Market Report due out in mid-July.

Watch Keith talk about why he launched the Housing Market Report.