Things are not going well for Coinbase currently. One of Coinbase’s major advocates Ark Invest decided to sell its stock partially. On July 26, Cathie Wood’s Ark Invest sold off over 1.4 million shares of Coinbase (COIN). 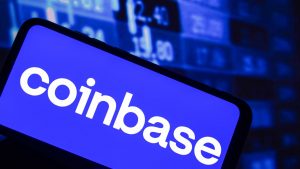 According to the data acquired from Bloomberg, Ark Invest is the third-biggest shareholder in Coinbase by the end of June. The company has been purchasing the COIN stock ever since the firm debuted on Wall Street in April 2021. Notably, Ark’s latest purchase of the COIN stock was on May 22 last quarter. By the end of June 2022, Ark Invest was holding over 8.95 million COIN shares.

The company’s flagship ETF ARKK has been one of the largest investors in growth stocks. It was one of the top-performing ETFs during the crypto bull run in 2021. Nevertheless, the value of ARKK ETF has dropped by more than 57.84% this year amid fears of monetary tightening.

There is no reason offered by Ark Invest behind the recent selling. But, the dark clouds of SEC scrutiny are hovering over Coinbase currently. There is every possibility that Coinbase could engage in a legal battle with the United States securities regulator.

In the past week, the U.S. Securities and Exchange Commission (SEC) and the U.S. Department of Justice (DOJ) launched an investigation into insider trading matters by Coinbase executives. It turned out that three executives were using confidential information about token listings to make huge profits.

But besides that, the US SEC made a critical observation that many of the coins listed on the Coinbase exchange have been securities. Coinbase has refuted the allegations of any involvement in securities fraud. Paul Grewal, Coinbase’s chief legal officer, stated:

“Coinbase has a rigorous process to analyze and review each digital asset before making it available on our exchange — a process that the SEC itself has reviewed”.

According to sources familiar with this matter, the crypto exchange is already facing a probe from United States regulators on the matter. Sources told Bloomberg that the SEC’s scrutiny of the exchange surged ever since the platform expanded its token offerings quickly over the past year.