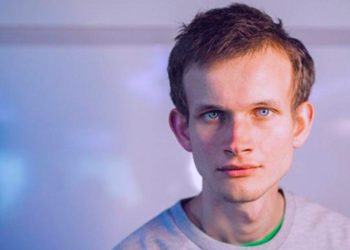 The Ethereum developer also confirmed the rollout of the Ethereum Improvement Protocol (EIP) 4884 sometime in 2023, which had been eliminated as part of the forthcoming Shanghai upgrade package set for March.

Responding to a December 31 post from former chief technology officer of Coinbase, Balaji Srinivasan, aiming to know what users were bullish for, in 2023, Buterin stated that he was looking forward to reaching the “basic roll-up scaling” milestone as highlighted in the Ethereum roadmap.

Reaching the "basic rollup scaling" milestone in my roadmap diagram.

He explained that this meant the unveiling and rollout of The Surge-related Ethereum Improvement Proposal (EIP)-4884. EIP-4884 was originally expected to get packaged in with Shanghai, introducing “proto-danksharding” to considerably boost layer-2 rollup scalability (The Surge) before the full implementation of the major Sharding upgrade late next year.

He also stated that this would mean that the rollups would be “partially taking off training wheels, at least to stage 1” referring to a November 22 post on the “Ethereum Magicians forum” that describes three stages of the “trust model” according to how mature a project’s tech was.

Stage 0, which Buterin likens to having “full training wheels” needs all transactions to be on-chain and offer users the ability to withdraw their assets without the operator.

Stage 1 or “limited training wheels” needs to have a transaction validation method such as a fraud-proof or validity-proof scheme to accept or reject which transactions are allowed by the smart contract, together with an overriding security council to oversee the process.

While stage 2, has “no training wheels” and needs to have two unique fraud provers, two unique validity provers, or one of each. Upgrades are authorized at this stage but need to have a delay of over 30 days.

In a separate Twitter post one day earlier on December 30, Vitalik Buterin also made some comments on what he thinks a “Good Crypto Future” might appear like. Buterin highlighted several areas of crypto that might need to be fixed, including privacy, scaling, user experience, and making user accounts more highly secure for average users than centralized services.