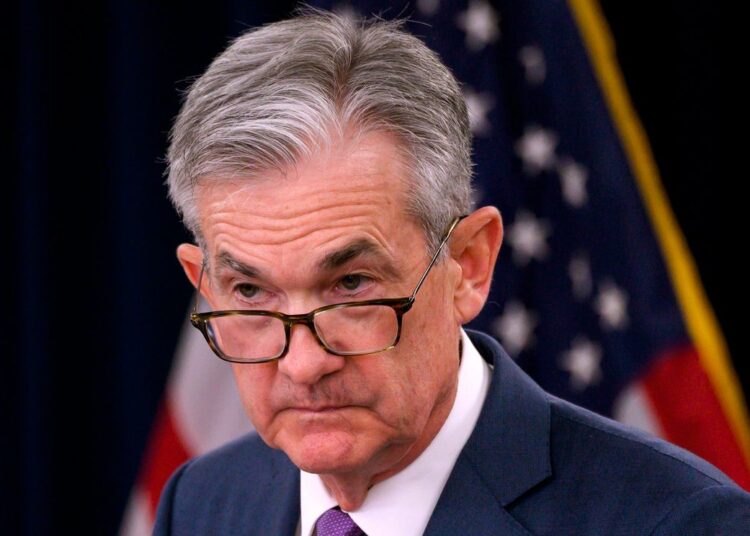 CAMBRIDGE, U.K. (Project Syndicate)— A stream of recent data suggests that the global economy is showing signs of stagflation, that odd 1970s-style mixture of rising inflation and declining growth. Those who have noticed it—and there are still too few of them—fall into two broad camps. Some see the phenomenon as temporary, and quickly reversible. Others fear that it will lead to a renewed period of unsatisfactory growth, but this time with unsettlingly high inflation.

But a third scenario, which draws on both of these views, may well be the most plausible. Stagflationary winds are more likely to be a part of the global economy’s upcoming journey than a feature of its destination. But how policy makers navigate this journey will have major implications for longer-term economic well-being, social cohesion, and financial stability.

Higher inflation is putting pressure on those central banks that wish to maintain an exceptionally loose monetary policy. All this also risks eroding political support for much-needed fiscal and structural policies to boost productivity and long-term growth potential.

The much-needed global economic recovery has recently been losing steam as growth in its two major locomotives, China and the United States, has undershot consensus expectations.

The more contagious delta variant of the coronavirus has dampened spending in some sectors, such as leisure and transportation, while hampering production and shipments in others, particularly manufacturing. Labor shortages are becoming more widespread in a growing number of advanced economies. Add to that a shipping-container shortage and the ongoing reordering of supply chains, and it should come as no surprise that the headwinds to a strong and sustainable global recovery are being accompanied by higher and more persistent inflation.

Higher inflation is putting pressure on those central banks that wish to maintain an exceptionally loose monetary policy. At the same time, decelerating economic growth presents a problem for central banks that are more inclined to scale back stimulus measures. All this also risks eroding political support for much-needed fiscal and structural policies to boost productivity and long-term growth potential.

Some economists, and the majority of policy makers, believe that current stagflationary trends will soon be muted by a combination of market forces and changes in human behavior. They point to recent declines in previously spiking lumber prices as indicative of how competition and increased supply will dampen inflation. They think the sharp fall in delta-variant cases in the United Kingdom foreshadows what lies ahead for the U.S. and other countries still in the grips of the latest COVID-19 wave. And they take comfort from multiplying signs of booming corporate investment in response to supply disruptions.

Others are more pessimistic. They argue that demand headwinds will intensify due to reductions in fiscal schemes that were supporting household income, citing the expiration of supplementary unemployment benefits and direct cash transfers. They also worry about the gradual exhaustion of the cash buffers that many households unexpectedly accumulated as a result of exceptionally generous government support during the pandemic.

On the supply side, the stagflation pessimists welcome higher business investment but fear that its benefits won’t come fast enough, especially as supply chains are redirected. Supply disruptions will therefore persist for much longer, in their view, and central banks will fall behind with the needed policy response.

I suspect that neither of these scenarios is likely to dominate the period ahead. But they will influence the alternative that does materialize.

Ideally, policy makers would respond in a timely and self-reinforcing manner to the increasing evidence of stagflation. The U.S. would lead by progressing faster on a policy pivot, with the Federal Reserve already unwinding some of its ultraloose monetary policy and Congress enabling President Joe Biden’s administration to advance its plans to enhance U.S. productivity and longer-term growth by boosting investments in physical and human infrastructure.

These measures would lead to declining inflationary pressures, faster and more inclusive growth, and genuine financial stability. And such a desirable outcome is attainable provided the needed policy response proceeds in a comprehensive and timely manner.

Absent such a response, supply-side problems will become more structural in nature, and therefore more prolonged than the transitory camp expects. The resulting inflationary pressures will be amplified by the higher wages that many firms will have to offer to attract the workers they currently lack and retain the ones they have.

Because the Fed would then be forced to hit the policy brakes, higher inflation would be unlikely to persist. Unfortunately, reducing it would come at the cost of lower and less inclusive growth, especially if the Biden administration’s plans remain stuck in Congress (which would be more likely in the high-inflation scenario). Rather than prolonged stagflation, the global economy would repeat what it experienced in the aftermath of the 2008 global financial crisis: low growth and low inflation.

The recent appearance of stagflationary tendencies serves as a timely reminder of the urgent need for comprehensive economic-policy measures. The faster such a response materializes, the greater the probability of anchoring economic recovery, social well-being, and financial stability.

But if policy makers delay, the global economy will neither be saved by self-correcting forces nor pushed into a prolonged stagflationary trap. Instead, the world will return to the previous “new normal” of economic underperformance, stressed social cohesion, and destabilizing financial volatility.

Mohamed A. El-Erian, president of Queens’ College, University of Cambridge, is a former chairman of President Barack Obama’s Global Development Council. He was named one of Foreign Policy’s Top 100 Global Thinkers four years running. He is the author of two New York Times bestsellers, including most recently ‘The Only Game in Town: Central Banks, Instability, and Avoiding the Next Collapse.“

What is America’s debt ceiling?

What is America’s debt ceiling?