Lack of confidence in ‘inconsistent’ government is a large barrier to investors, finds Chris Skidmore

Rishi Sunak has been criticized by his own net-zero tsar, who says the UK risks falling behind on its green targets due to lack of commitment to pledges and inconsistent policies.

In his net zero review, seen by the Guardian, Chris Skidmore said a huge barrier to renewable energy was a lack of confidence in the government, which has consistent policy support for green energy, with measures such as Sunak’s new electricity tax. 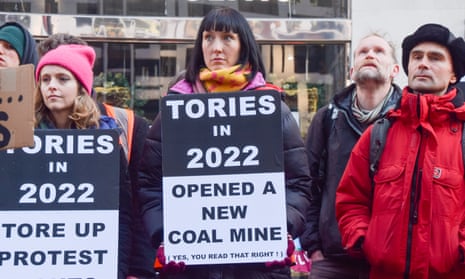 Skidmore, the Conservative MP for Kingswood, was requested by former Prime Minister Liz Truss to write a review on the policy to achieve net zero carbon emissions by 2050. He was asked to identify what was working with the policy regarding not dumping more carbon into the atmosphere than the UK absorbs, and to create the business case for the goal.

One issue cited throughout the report is a lack of policy commitment. Skidmore said:

“The overwhelming impression I got was we will make net zero more affordable if we are able to deliver further and faster, which requires certainty and consistency of approach. We need to de-risk investment, which will actually drive down the costs of net zero, and if the recommendations put forward by my review are followed we will create incentives to invest in renewables.”

“The review recognizes we have fallen behind, but it sets out how we can be world-leading in these areas once again. We need to remove the barriers that are in place at the moment.”

Dan McGrail, chief executive of the trade body RenewableUK, said: “Sudden policy changes like the imposition of the electricity generator levy, which kicked in at the start of this year, have put investment at risk.”

“Skidmore is right to demand the replacement of stop-start policies with certainty for investors.”

Skidmore mentioned agriculture as one of the primary culprits of carbon emissions, and said its share of emissions could, by 2030, rise from 12% to 30%. To encourage people to consume more environmentally friendly foods, Skidmore advocated for “eco-labeling” instead of a tax or ban on foods such as red meat.

He also said that farmers had been discouraged from farming in an environmentally friendly way by the confusion around the government’s post-Brexit nature-friendly agriculture payments, and that there had been lost opportunities for nature-based solutions with most policy centred on peatland and woodlands instead of many other carbon sinks such as wetlands.

In the review, Skidmore asked for a stable policy environment, with consistent support for renewables, along with a reform of the way the government financially helps renewable energy projects to make them more appealing to investors.

But climate campaigners condemned the review for being unambitious and for not asking for staunch policies to avoid the climate crisis.

“Whilst there is much useful analysis of the problem the review stops short of recommending the kind of muscular policies that would really drive change towards the massive growth in renewables which will be necessary.”

“Without a strong push from the government, the renewables revolution will still proceed, because the economic logic dictates it should. But it won’t happen at the pace it needs to in order to forestall some of the worst effects of climate change.”

While the review says the UK requires a “rooftop revolution” for solar panels and proposes making planning decisions easier to facilitate this, it stops short of recommending authorization for solar panels on new builds, or additional funding to encourage take-up.

“All credible scenarios of our future economy rely on renewable energy being the backbone of the future energy system, and the review should have said the government needs to change the remit of the regulator to include net zero delivery, insist on solar panels being on new roofs, expand the scale of renewables contracts and rapidly lay out the location of the offshore electricity grid.

Instead, the government seems like a mildly curious spectator, wondering why their aspirations aren’t materializing without ever intervening to make them happen.”

The renewable energy industry has hesitantly welcomed the review, with industry leaders saying it comprises good ideas that should be implemented by the government.

“If the government is looking to increase the economic benefits of the UK’s decarbonization ambitions, Chris Skidmore’s review has some really clear easy wins. As he suggests, setting targets for new onshore wind and solar capacity would certainly increase investor confidence, as well as ensure we can decarbonize our electricity system by 2035.”

He also commended Skidmore for encouraging the use of “a wide range of renewables to strengthen Britain’s energy security, including innovative technologies like floating wind and tidal stream”.

He said that he would have wished the review to have told the government to take a “war room” approach to address grid connectivity, “with the prime minister bringing all relevant bodies together to address this urgently”.

“We very much hope that Whitehall will embrace his call to establish a joint taskforce with the solar industry to work on a roadmap for reaching 70GW of solar [capacity] by 2035 – about four-and-a-half times what we have now.”

“The number-one priority of this group will have to be unblocking access to the grid – which is pushing back the completion of many large projects well into the next decade.”

Polly Billington, chief executive of the UK100 group of local government leaders, said the review indicated that local authorities must play a key role in implementing policy. “This independent review confirms what UK100 has been saying for years: local authorities are the key to achieving the UK’s net zero goals,” she said.

“[We particularly welcome] the recommendation to end the disjointed mess of short-term, competitive local authority funding pots. This move would help communities maximize the economic and social benefits of net zero while making the most cost-effective use of resources.”

“Another day, another Conservative MP calling out the total failure of this government over many years to act with the urgency and consistency that the climate crisis demands. Chris Skidmore is right about the fact that 13 years of delay, dither, and a refusal to go all-in on a green energy sprint under the Conservatives, is depriving our country of the economic opportunities climate action offers.”

“The tragedy is that Rishi Sunak is making things even worse. He is a fossil fuel prime minister in a renewable age who has never understood what this report reaffirms – that going green is pro-business, pro-worker, and is a vital part of growing our economy.”

The Department for Business, Energy, and Industrial Strategy has been requested for comment.

US House Republicans Want To Set Up Crypto-Focused Subcommittee – Report