The team behind the meme crypto Shiba Inu (SHIB) has now issued a public warning against the ongoing online crypto scams. Based on the team, the scams mainly target altcoin investors who are interested in SHIB tokens. The team told SHIB investors that scammers are now impersonating official accounts and even creating fake users.

This proactive scam alert came in the form of a tweet that explained different methods used to swindle unsuspecting victims from the general Shiba Inu community.

We've been made aware of a recent scam, traveling social media, and other communication platforms.

Here's a quick video to provide more information on the matter. pic.twitter.com/UOh50WsJSQ

“A fake Shiba Telegram group is being shared across all social media. The scammers impersonate official accounts and create fake users. These scammers reply to general posts.”

While Shiba Inu is now attracting aspiring cryptocurrency millionaires and even billionaires, cybercriminals and bad actors have increased their efforts to target unsuspecting investors on social media platforms like Telegram and Twitter.

Some of the normal methods used to contact possible victims are impersonating the official accounts and targeting several hashtags like #shib #shibarmy #leash #shibaswap and #bone.

Moreover, Shiba Inu’s scam alert mentioned that the community is not providing any type of promotions like bonuses, airdrops, gifts, or giveaways. Set as a general rule, the investors are expected to refrain from sharing their credentials, wallet keys, and joining any fake social media accounts.

By acquiring inspiration from Shiba Inu’s success, many dog-themed tokens have begun flooding the entire cryptocurrency market. On October 28, SHIB reached an all-time high of $0.000086. However, it has been struggling to keep up its value. 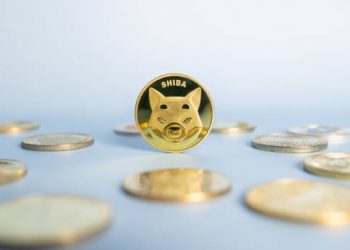 SHIB’s development team has also developed and unleashed another token known as Doge Killer (LEASH) which has also enjoyed 130.3% gains recently. Moreover, the token’s mainstream adoption coupled with a rapidly growing community of investors has placed Shiba Inu in some of the most popular crypto exchanges like Crypto.com and Binance.US.

The hype surrounding the Dogecoin (DOGE) spinoff is mainly attributed to a lengthy bull run that returned high profits for the small-time investments. Based on previous reports, an $8,000 investment that was made by a 35-year old supermarket warehouse manager in early 2021 is now worth a million dollars.