The Russian crypto industry has grown to reach hundreds of billions of dollars. All that has happened despite the absence of adequate and defined crypto regulation, as explained by a major industry executive.

Most of the crypto exchanges that have Russian roots have fled the nation. Others even operate illegally, as highlighted by Blockchain Life’s founder, Sergei Khitrov. While speaking at the event, Khitrov gave a keynote speech on the state of crypto regulation in the country at the VII Blockchain Life Forum held in Moscow on October 27. 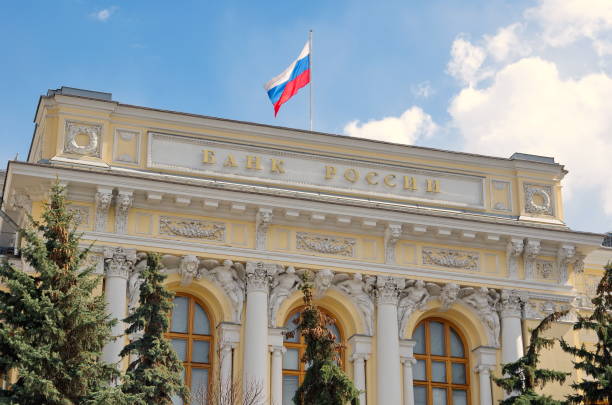 According to his industry insights and knowledge of the market, Khitrov said that the Russian crypto market is worth up to 40 trillion rubles, which is more than $550 billion. He also alleged that Russian crypto businesses may generate up to 284 billion rubles ($4 billion) worth of taxes per year. However, all that can be achieved if the Russian government offers more inclusive regulations for the sector.

However, as the regulators in the country have continued to ignore the sector’s interests in the past few years, local crypto firms might do nothing. They may decide to continue operating illegally or run away to other jurisdictions to ensure that their businesses survive. Khitrov explained:

“Without regulations that take into account the interests of the crypto community, crypto services will not be legally provided. It isn’t profitable for business to step out of the shadows.”

Not even one home-grown crypto exchange has officially established its business in Russia, despite the huge market size. He said:

“We know a lot of crypto exchanges with Russian roots, but, unfortunately; these exchanges are either not officially registered or just based in other jurisdictions.”

The executive stated that he has been majorly committed to negotiating cryptocurrency legislation with different government authorities. Regulators have been fully aware of local cryptocurrency people and firms running away to other jurisdictions. Based on the explanation made by Khitrov, the Russian government has been seeking ways to bring big cryptocurrency businesses back home but has so far failed to meet the sector’s demands.

He also insisted that the Russian cryptocurrency community has so far demonstrated a “complete failure” to understand how to charge and pay taxes on cryptocurrency.

Launched in 2017, the Blockchain Life forum is a huge Russian crypto event that happens twice a year. The latest event happened in Moscow on October 26-27. Over 5,000 speakers and attendees came, including industry representatives and state officials like; the Ministry of Economic Development’s Alexey Minaev and the Russian internet ombudsman Dmitrii Marinichev.

The same event also comprised a nonfungible token (NFT) auction organized via Binance NFT; the NFT platform and marketplace that is operated by the biggest cryptocurrency exchange in the world.