Running: Not So Much A Liberating Hobby As A Cult

Endurance running is in. Fitness enthusiasts and elite runners alike spend their weekends pounding the pavements and bounding through the countryside. They are training for and competing in ultra marathons, triathlons and obstacle races.

Runners often claim that they run to escape from the demands of everyday life, to experience freedom, and say that they find running a good way to meditate. But in my recently published PhD thesis, I investigate what really motivates people to torture themselves by running hundreds of painful kilometres in their spare time, no matter the weather. And it paints a rather different picture.

My research shows that running has become a way to gain social status by creating an image or personal brand. Even though most runners claim only to compete with themselves, they often use their personal brands to compete with others. This doesn’t just apply to running, but also to the competition for jobs, education and even dates in our competitive and individualised neoliberal society. Social media and apps such as Strava, which connects millions of runners, are increasingly being used for this purpose.

Personal brands are built in other areas of life too. Take cooking, for example. We might once have enjoyed cooking and eating a simple meal with friends. Now, on-trend ingredients, complicated dishes and sophisticated kitchen equipment are used to demonstrate one’s connoisseurship – often on social media.

Similarly, running and exercise used to be simple – something we devoted a few short moments a week to. But much like cooking, running is supported by a big industry. You don’t really need any special equipment to run – you could in theory run barefoot. Despite that, an entire industry has grown around the sport – selling shoes, special training clothes, running experiences, dietary advice and even training holidays. 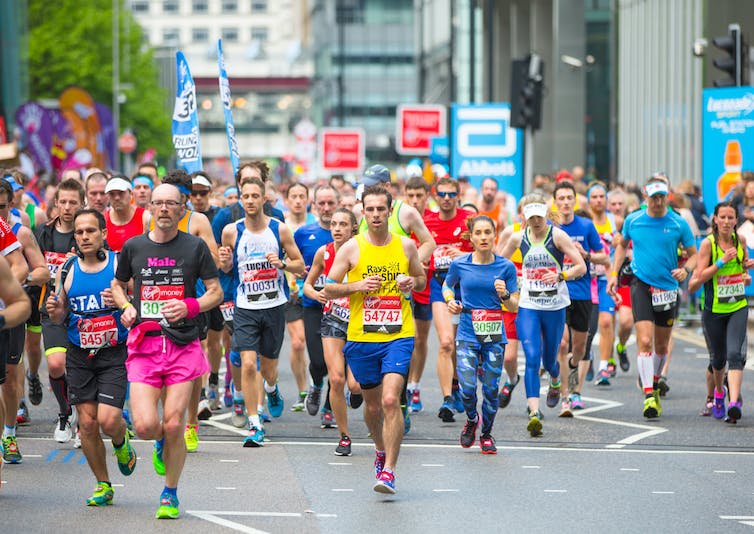 Read more: Running shoes: how science can help you to run faster and more efficiently

So it is no wonder that running is so romanticised in both advertising and public health campaigns, often telling the same stories as the runners themselves. They suggest running is about freedom from the demands of contemporary society to be competitive, productive and disciplined. It is about the tranquillity of nature, and a community of like-minded others.

My research is based on interviews and diary analysis from 33 runners. It is what scientists call “qualitative research”, based on in-depth information rather than large amounts of data. The runners come from the US, Australia, New Zealand, Sweden, Denmark, Finland and the UK. I also visited triathlon competitions, obstacle course races and even took part in an ultra marathon as part of my research.

Endurance runners are typically fixated on how fast and how far they have run. They constantly measure and quantify their running. One runner told me how difficult she found it to run for fun without looking at her sports watch. She confessed that if her watch ran out of batteries during a run, she would probably just give up and go home. All the runners in my study quantified their runs in a similar way and all but one competed in timed races. 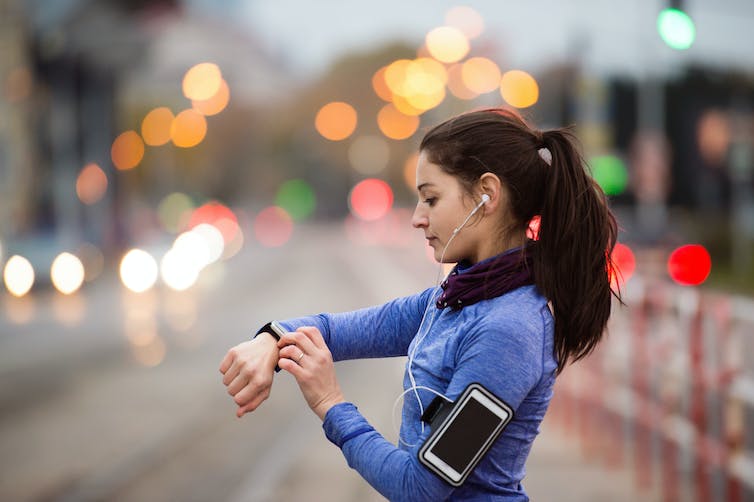 I also discovered that, when describing their hobby, runners use concepts that are associated with neoliberal thinking: productivity, efficiency and competition. They talk about “investing” time and money in equipment and training in order to get the to get the best returns – economic language more typically associated with work.

But why is that? In a neoliberal society, we experience near-constant pressure to be productive, efficient and competitive. This pressure proves impossible for many runners to resist and it transforms how they understand and enjoy their running. Running therefore becomes a way for people to show how productive they are and runners use their achievements to build personal brands and to compete with others for status.

I also investigated how runners do this. It is not unusual to see running achievements listed on CVs or dating profiles. Management consultancies also boast on their websites about the kinds of endurance races their employees have participated in. That’s despite the fact that there is no obvious link between being a good runner and being a good a consultant. Rather, it is appearances that count.

No one forces us to take part in endurance running. On the other hand, none of us is completely free in our choices. In a society or group, there are always ideals or norms that encourage us to make one choice over another. In a neoliberal society, economic ideals such as productivity are paramount.

So while endurance runners choose to run for a multitude of reasons, one of them being a feeling of freedom, many also do it because running is something for which they will be rewarded socially.

We know that more and more people suffer from stress, anxiety and burn-out, even in societies with apparently good work-life balance. So with countless studies showing that running and other exercise is good for our mental health – often prescribed as an antidote to stress, anxiety and depression – shouldn’t we be doing more of it?

Not necessarily. Some speculate that the reason we are so stressed is because common ways to relax and unwind – running, eating with friends and so on – have become competitive and a bit like work. They are tipping the work-life balance towards work even though we feel we are getting more balance.

So keep in mind that the next time you post your awesome running achievements and delicious meals on social media, you could contribute to leisure activities becoming ever more exhausting and anxiety-provoking.

We are often quick to dismiss practices such as mindfulness, self-help seminars and meditation as neoliberal activities – making some people millions while creating productive, conformist citizens. Running is arguably no different. That said, if we can manage to run for the pleasure of running, without timing and measuring ourselves, running can of course still be hugely enjoyable – and good for our health.

November 30, 2019 Weather Impacts On Economic Activity – Focus On The Dakotas