If there’s one thing the pandemic has brought to light, it’s the fact that scientific findings are no longer a currency everyone (or even most people) can agree on. While scientists should by definition be the most proven experts in their respective specialty, be it virology, epidemiology or any other field, choosing not to believe them has become a viable option in recent years.

President Trump, a self-declared science skeptic, added another chapter to this development October 20 when he mockingly warned his supporters at a rally in Nevada that Democratic presidential nominee Joe Biden would “listen to the scientists” if elected, adding that “if I listened totally to the scientists, we would right now have a country that would be in a massive depression instead – we’re like a rocket ship.” Biden later replied by simply tweeting the word “yes” quoting an article headlined with Trump’s unusual attack. On Tuesday he tweeted that he couldn’t believe the need to say that “listening to scientists is not a bad thing,” even though President Trump and large parts of his supporters appear to think that way.

As the following chart shows, trust in scientists appears to have turned into a partisan issue in recent years and nowhere more so than in the United States. According to the Pew Research Center’s International Science Survey, 62 percent of left-leaning Americans have a lot of trust in scientists to do what’s right for the public versus just 20 percent of Americans leaning to the right. A similar disparity can be observed in Canada, Australia, the UK and Germany, albeit to a lesser extent. Overall, the report finds that “science and scientists are held in high esteem across global publics” with a median of 76 percent of respondents across participating countries placing at least some trust in scientists to do what’s best for the public. 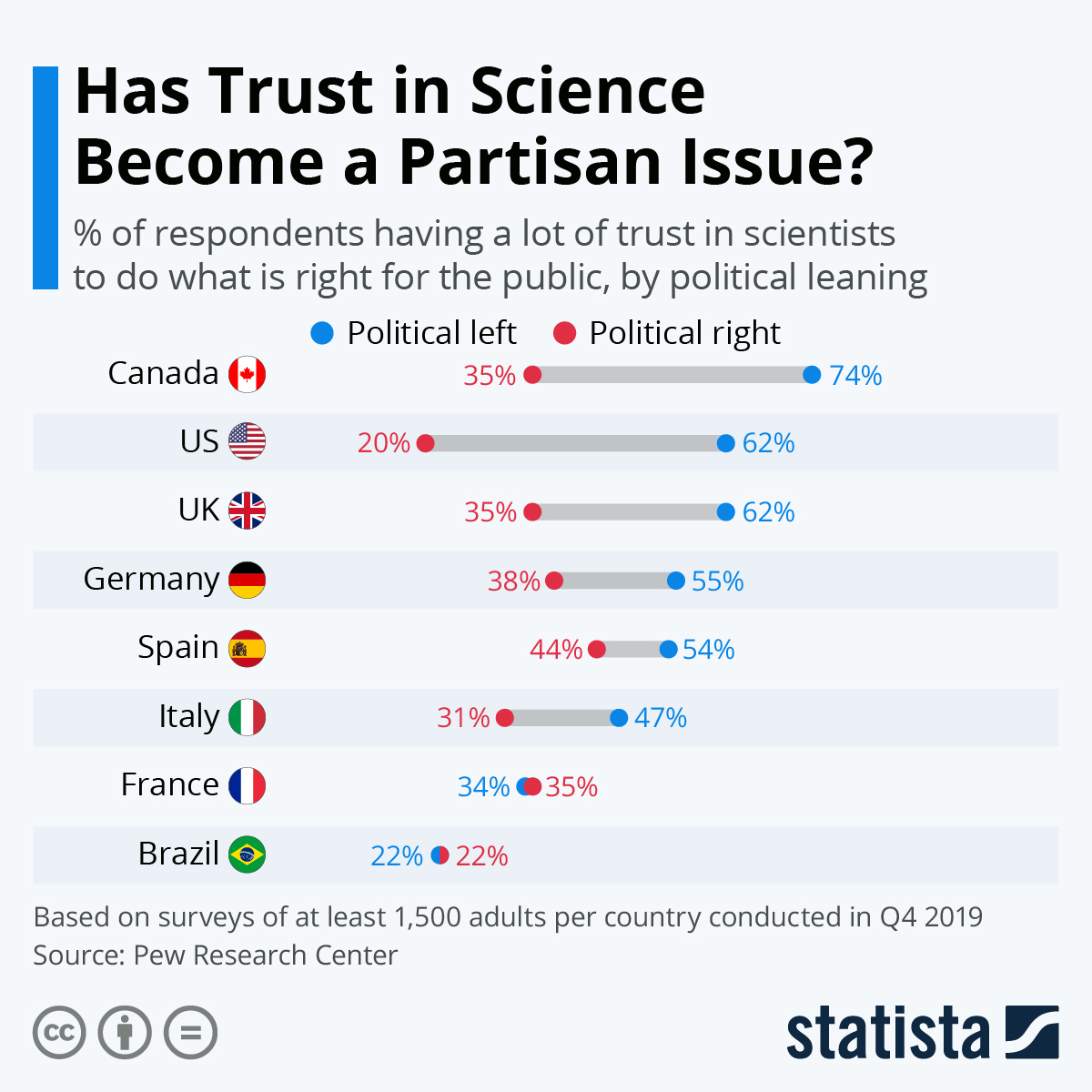