Is It A One-Off Depreciation For China?

The People’s Bank of China (PBOC) has set its official guidance rate down by almost 3%, from 6.21 to 6.39 yuan per dollar, the lowest point in almost three years. Much of this was accomplished in one day with a decline of 1.9% (see chart below). It also changed the way it calculates the reference rate around which the yuan is allowed to trade in a two percentage point band. Last week, China’s currency dropped by a cumulative 4.4% against the U.S. dollar before recovering to trade very near the target.

This move has been explained by PBOC as a key reform that allows the currency’s value to be more responsive to market forces. China has been urging the IMF to include the yuan in the basket of the Special Drawing Rights (SDR), in order to boost international use of the yuan. As China is being accused of controlling its currency, this free-market reform can help China to have the yuan join the IMF reserve currency group. 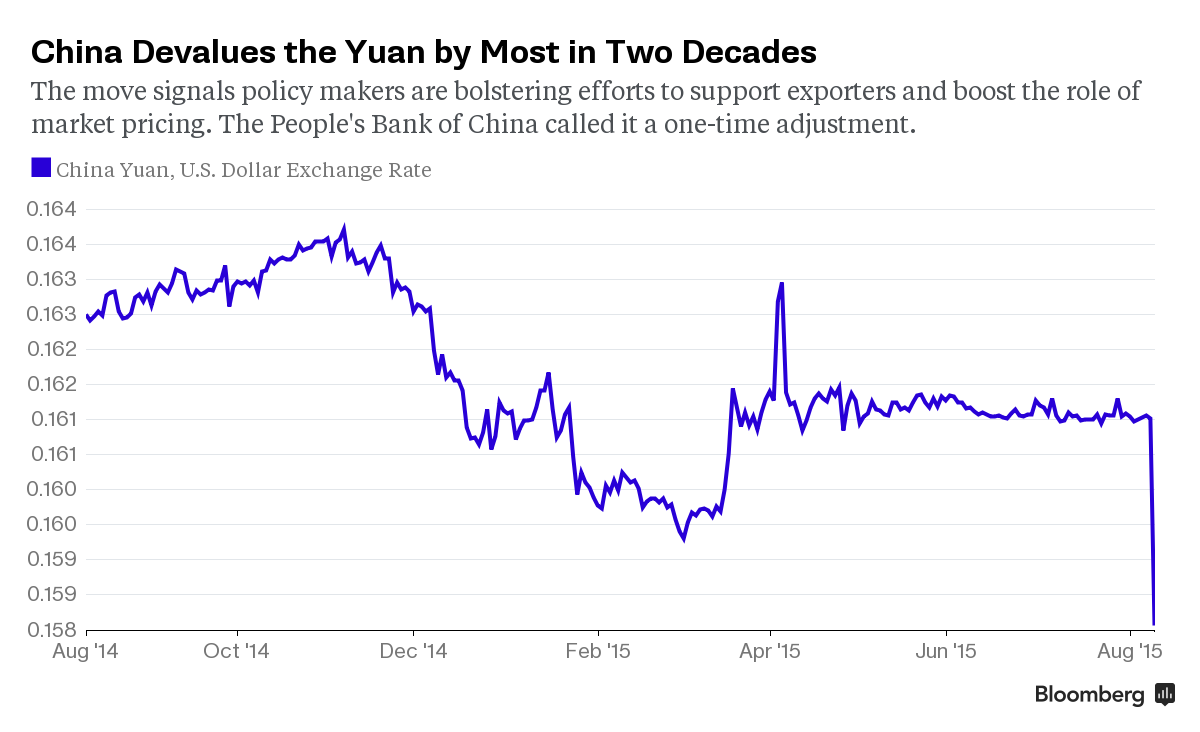 The devaluation also suggests a growing worry about the growth after China’s exports tumbled 8.3 percent in July. A weaker currency can make Chinese exports cheaper and more competitive, while many other efforts to boost the economy seem useless. 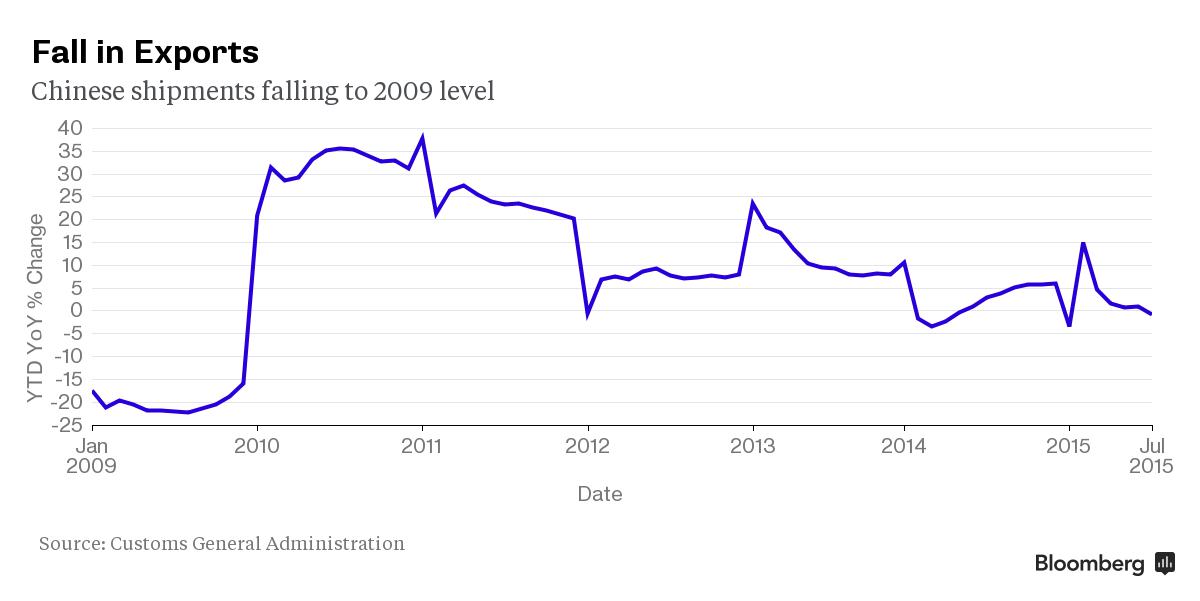 Moreover, in order to keep the exchange rate stable, PBOC has to sell its dollar holdings to bolster the yuan’s value, which in turn offsets the effect of easing policies. As a result, China’s currency reserves have decreased $315 billion in the year to $3.65 trillion in July. Therefore, the currency devaluation could lower the cost of stabilizing the exchange rate and enhance the effect of monetary policies.

Although the central bank calls it a one-off depreciation, there are suspicions that it is the beginning of a long-term slide in the exchange rate. However, it is necessary to consider several risks of continued depreciation.

First, the depreciation could stimulate capital outflows, harming the stability of the whole financial system. According to Tom Orlik, chief Asia economist at Bloomberg Intelligence, 1% depreciation in the real effective exchange rate boosts export growth by 1%, and triggers about $40 billion in outflows at the same time. It is crucial for China to balance the need to boost exports against the risk of capital flight.

Second, if China severely weakened the currency, it could trigger a currency war with the U.S. and Europe. As PBoC economist Ma Jun mentions: “China does not have the need to start a currency war to gain advantage.”

Third, many Chinese companies would face the challenge of outstanding debts. As dollar-denominated borrowing has been on the rise in the Chinese corporate sector, those companies with dollar debt will now find it more costly to service their obligations, and that could create repercussions across the entire financial system. Some small companies with weak balance sheets may fail after getting squeezed on the yuan depreciation. The cost of development strategies such as “One Belt, One Road” would also increase.

Fourth, further Depreciation expectation would lead to more short bets on the yuan, which could cause systemic risk and volatility, and increase the cost of stabilizing the exchange rate in the future.

Moreover, because of the positive relationship between the exchange rates and demand, depreciation would discourage the use of the yuan and hinder its internationalization.

Because of these risks, although China might devalue the yuan again, it would only do so to manage the pace of the appreciation, rather than pursuing a competitive devaluation in a long term.