It’s a bit like a ‘whack-a-mole,’ says one strategist of inflation 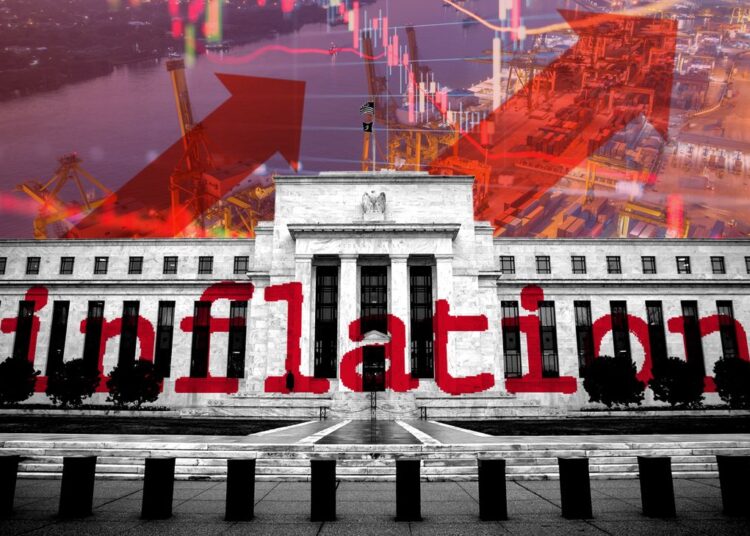 Inflation is unsettling some investors, even if it does prove a transitory feature of the pandemic.

“Absolutely inflation is a risk to markets,” Eric Schoenstein, chief investment officer at Jensen Investment Management, said in a phone interview. “It’s really a risk to the companies that are in the market.”

Wage pressures and supply-chain disruptions tied to COVID-19 are adding costs for companies, some of which are having a “tough time” passing on all the inflation they are seeing, according to Schoenstein. “That’s actually giving people pause when they think about where to go within the markets,” he said.

Investors worry inflationary pressures will spill into company earnings, possibly as soon as the third quarter, challenging the underpinnings of the “phenomenal” stock-market performance in the pandemic, explained Schoenstein. He sees Jensen clients seeking to tilt toward higher quality stocks, as they want exposure to “resilient” companies that can handle the risks of a rising cost environment.

“Sectors and stocks with a proven track record of maintaining profit margins have started to outperform and this trend may continue in the near-term,” wrote Daniel Grosvenor, director of equity strategy at Oxford Economics, in a Sep. 16 report. Investors may continue to favor companies with “high pricing power and scope to grow and sustain productivity gains.”

Meanwhile, the Federal Reserve may soon take away the “punch bowl” from the market, said Schoenstein, referring to the quantitative easing program the Fed began last year under its rescue program amid the COVID-19 crisis. Investors will be looking ahead to the Fed’s two-day policy meeting this week for hints about its accommodative stance, with many anticipating the central bank could begin tapering its monthly asset purchases before year-end.

Although the inflation test for tapering its bond purchases has been met, the Fed has been seeking progress toward “maximum employment,” according to remarks from Chair Jerome Powell late last month at the Jackson Hole, Wyoming economic symposium, held virtually amid COVID concerns.

Inflation is moving in the economy like “a pig through a python,” Jay Jacobs, head of research and strategy at ETF provider Global X, told MarketWatch. “It’s a little bit of ‘whack-a-mole’ right now.”

While inflation data released Sep. 14 by the U.S. government showed the cost of living rose at a slower-than-expected pace in August, the CPI was still elevated at 5.3% year over year. Prices last month fell for airfares, hotels, car insurance and used vehicles, but the cost of food rose sharply while prices also increased for new autos, gasoline, home furnishings and rent.

The rent component worries Jacobs. “It’s an inflation pressure that’s just getting started,” he said, and while renters can choose to forgo a vacation or dining out — everyone needs shelter.

“The Fed should adjust monetary policy that is now distorting the economy and in particular the purchasing of $40 billion a month of agency mortgages,” said Rick Rieder, BlackRock’s chief investment officer of global fixed income and head of the firm’s global allocation investment team, in a statement emailed September 14. The bond buying continues “to overheat the housing market beset by low inventory, surging prices and reduced affordability.”

The Fed has been carefully communicating to the market that it’s been thinking about tapering its $120 billion of monthly purchases of assets, including $80 billion of Treasurys and $40 billion of mortgage-backed securities. While investors will be focused on the Fed for any clues about tapering, central banker forecasts emerging from the policy meeting will also be studied.

Investors will be alert for any projected decline in real GDP growth amid concern over higher prices, according to Jim Vogel, executive vice president at FHN Financial. They’ll also look for the range and median of Fed officials’ forecast for “core PCE” next year, he said by phone, referring to the personal-consumption expenditures price index. Vogel added that investors will also be poring over the Fed’s “dot plot” showing interest rate hike forecasts by its officials.

As for tapering, any announcement from the Fed this year on slowing its asset purchases might help “clear the air” for investors, said Vogel, as the uncertainty of its start would “no longer be dangling over different ideas and strategies.”

Meanwhile, some investors worry about the potential for a policy error by the Fed amid rising inflation in the economic recovery, including the possibility of being too dovish for too long.

Investors have “knowledge and fear from previous decades that the spark of inflation, once it turns into a fire, is really hard to put out,” said Vogel. Even while people may agree inflation is transitory, as it’s tied to the economic recovery in the pandemic, “they are still afraid of it.”

But Vogel isn’t too fearful of inflation at this point. That’s because he so far hasn’t seen signs that it’s “contagious,” or with one area of rising prices spreading inflation to the entire structure.

Year-over-year inflation will probably remain around 5% in the coming months before easing back to pre-COVID levels of around 2%, as the so-called “base effects” tied to the pandemic roll off, Michael Pond, head of global inflation-linked research at Barclays, told MarketWatch. He said the bond market is priced for year-over-year inflation to fall to 2.6% by the end of 2022.

“We acknowledge, though, that the risks over the coming months and quarters are likely to the upside,” said Pond. “There’s a question out there as to how long these supply-side bottlenecks will keep inflation elevated.”

The semiconductor chip shortage in the auto sector that led to a spike in used car prices was but one issue the market saw needing to be resolved, according to Pond. Shortages of raw materials continue, while companies may also struggle with higher labor and shipping costs, an economics report Friday from BofA Global Research shows.

“The supply chain challenges have only worsened of late,” BofA economists wrote.

Wage pressure will also be important to watch as it could turn transitory inflation into a structural concern, according to Pond.

“There’s definitely higher wages,” said Vogel. “But we don’t see, necessarily, higher wages in one group leading to higher prices across the rest of the economy, for now.”

While some investors feel relieved by the weaker-than-expected inflation in August, the latest CPI print hasn’t exactly assuaged the worries of Tony Roth, CIO at Wilmington Trust.

“Once the delta variant subsides and the recovery gains steam again, what we’re fearful of is that the inflation is going to come back even stronger than it was before the delta variant,” said Roth in a phone interview. That’s because supply-chain and labor-market pressures are building, he said, and consumer demand could strengthen in the wake of the delta wave.

The U.S. stock market has been choppy in September, with signs of bearish momentum emerging after rising to a series of record peaks this year.

The Dow, S&P 500 and the Nasdaq Composite were all trading sharply lower early Monday, amid heightened concerns that a looming default by indebted Chinese property giant Evergrande could send ripples across markets.