Hard acts to follow, from Angela Merkel to the Queen 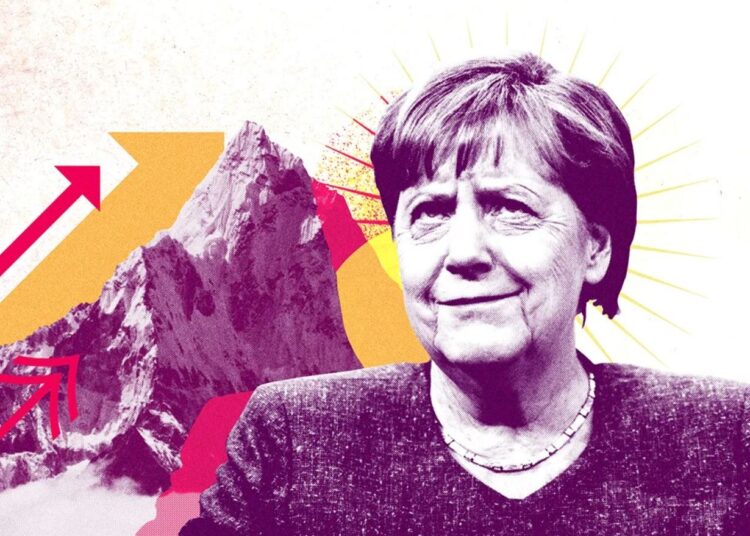 Angela Dorothea Merkel has become almost as much a feature of the German landscape as the glacial waters of the Mecklenburg lake plateau, the crystal caves of Thuringia and the snow-capped verticalities of the Hochfrottspitze. As a rugged outcrop of centre-right Christian democracy, salient in the chancellery since 2005, she has stood like a rock through four terms of economic, political and viral crisis. When she steps down, some time after this month’s election, anyone navigating Germany’s political topography is going to need a new map.

Her supporters are trembling at the prospect of a centre-left resurgence in the parliamentary elections. Though Merkel’s popularity has scaled new heights during the pandemic, Armin Laschet, the new leader of the Christian Democratic Union, is still in the foothills. “Merkel’s successor faces uphill struggle to unite his party”, ran a Guardian headline (those mountain metaphors just won’t go away).

I don’t: my very modern marriage

I don’t: my very modern marriage