The biggest crypto exchange in the world, Binance, is allegedly in talks with sovereign global wealth funds to sell them a stake in the firm. Currently, Changpeng Zhao is the largest shareholder of Binance with a net worth of around $8 billion in early 2021. 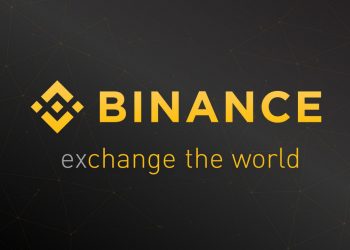 Adding on to the planned ‘mega funding’ for its US-based business Binance.US, the company is now also seeking some global funding to enhance relationships with regulators. The information was confirmed by Binance CEO Changpeng Zhao said in an interview with The Financial Times on November 23, 2021.

Based on the statement by Zhao, the upcoming funding is aimed at improving its “perception and relationships” with most governments as many financial regulators globally have been extensively cracking down on Binance in 2021.

“But it may also tie us to specific countries, which we want to be slightly careful with.”

Since the exchange is now at the early stages of discussions, it is quite early to announce the identities and names of the wealth funds involved in the capital raising. Zhao added:

“The ticket size involved will not be small. It won’t be a short process.”

Since he is one of the largest shareholders in Binance, Zhao is one of the richest people in the crypto sector, with a net worth of $8 billion as of January 2021. Based on the statement by the CEO, the exchange’s daily transaction volumes increased to $170 billion in November 2021 from around $10 billion to $30 billion two years ago.

Binance.US, the American segment of the exchange that operates separately from the global Binance exchange, wants to raise a “couple hundred million dollars” by the early months of 2022. Many global regulators have been keenly reviewing the Binance crypto exchange in 2021, with over 12 governments publishing warnings against the exchange

Some of the countries that issued warnings include Italy, the United States, Germany, the United Kingdom, Canada, Singapore, Japan, among others.

Binance has implemented several measures to enhance its relationships with global regulators, suspending some of its services in various nations and hiring high-profile executives from the traditional finance systems.

Zhao allegedly stated that he was not worried about any illegal activities in Binance’s platform since the firm was “probably better than banks” regarding Anti-Money Laundering (AML) and Know-Your-Customer (KYC) policies and measures.