Inter-Market Analysis: The Must-Know Primer and Review – Part B

Part 1b of a series on the basics of inter-market analysis:
A short primer on what it is, why it works and how to profit from it.
Continued from Part A.

Some markets have a clear direct influence on others. For example as noted above:

Oil And Stock Indexes: Although crude oil is a risk asset that usually tracks or follows stock indexes, if oil prices suddenly spike (typically from supply concerns due to Mideast tensions) they can send most risk assets lower because demand for oil is inelastic in the short term and cuts earnings and growth. 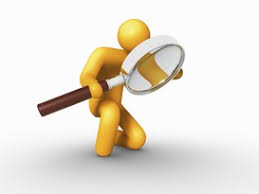 Credit Markets And Currencies: As we discuss in some detail here, one of the most influential drivers of a given currency’s price and trend is:

Some Asset Markets Have Direct And Indirect Relationships

In addition to being influenced by the same global market moving events or economic trends, some asset classes act directly on others.

See here for more on how the major currencies rank and why.

These Relationships Can Change In Both Short And Long Term

Oil and stocks: as noted above, oil normally follows stocks, a temporary sudden spike in oil prices due to supply fears (typically due to Mideast turmoil) means rising oil prices pushing stocks lower. In other words, oil changes from being a risk asset that follows stock indexes into a safe haven asset that drives stock indexes in the OPPOSITE direction, with oil prices rising on oil supply fears and stocks falling.

The USD and stocks: The USD has usually been a safe haven asset in recent years, while stocks or stock indexes are risk assets, and so they’ve tended to move in opposite directions. However as we discuss here, like any currency, the USD is strongly influenced by expectations about the future direction of benchmark USD bank and bond rates. The Fed has said it will not raise rates until there are certain improvements in US economic data. Thus when markets see that data improving, or expect it to improve, not only do stocks rise as they normally do with good data, so does the USD. That rise in the USD isn’t because the USD has become a risk asset, but rather because that same data or news is improving expectations for the pace and size of interest rate increases.

Ok, So How Do I Use Actually Use Inter-Market Analysis?

Note that this is just an introductory article to a huge topic that can fill volumes, and that specifics vary depending on your specific market of interest. That said, here are some generally applicable guidelines.

Understand what really drives your asset of interest/Know your market movers: It isn’t enough to just know if it’s a risk or safety asset. For example as noted above, the USD may generally behave as a safety asset, but more fundamentally it moves with US interest rates and expectations about their future direction. Indeed, as we discuss here, interest rates and expectations about them are prime determinants of whether a given currency is a risk or safe haven asset.

Find good barometers of those factors that move your market: For example:

Inter-market analysis is a huge topic, so this series is just to provide an overview so that you’re better able to pursue more in-depth study on your own. See the next two parts of this series:

What Everyone Must Know About Currencies: Profiting From Risk Rankings

Stock Indexes And The One Chart All Must Watch

For more in-depth coverage of this topic, and all topics covered in this series on inter-market analysis, see The Sensible Guide To Forex: Safer, Smarter Ways to Survive and Prosper from the Start (Wiley 2012).

What You Need To Succeed

If you’re a forex trader or income investor seeking safer, higher returns, then this book is a must-read.

You can view parts of it for free using the “Look Inside” feature here on the book’s amazon.com page.

It’s the only forex book specifically for those interested in safer, simpler ways to trade currencies (or other assets), or to build a currency-diversified income stream that will keep central bank currency debasers out of your pocket.

The hardest thing about gaining expertise in trading or investing is finding the right guides that don’t waste and exhaust your time and money.

I wrote this book because I couldn’t find that one book that would get me started on these topics.

It’s got a wealth of information on:

In addition to the above, it shows you how to build an income stream that’s diversified into the currencies most likely to hold their long term value

DISCLOSURE/DISCLAIMER: The above is for informational purposes only and not intended to be specific trading advice. In other words if somehow you lose money based on the above I take no moral or legal responsibility for it. Deal with it.

Infographic of the Day: the Need for Safety in the Classroom

Infographic of the Day: the Need for Safety in the Classroom