Inter-Market Analysis: The Must-Know Primer and Review – Part A

Part 1A of a series on the basics of inter-market analysis:
A short primer on what it is, why it works and how to profit from it. 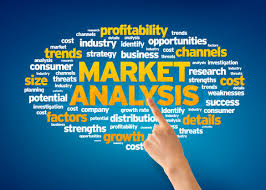 This is the first of a series of articles on the basics of inter-market analysis; what it is, and how to use it to improve your performance in your primary market of interest, be it stocks, forex commodities, etc.

Summary: What It Is, Why You Need It

As the term suggests, inter-market analysis is all about studying how different markets are behaving, with any of a number of goals, including:

In essence, inter-market analysis is all about:

Inter-market analysis works because the movements of most globally traded asset markets are indirectly or directly related.

Indirectly: Most markets are indirectly related because they are influenced by the same set of underlying market driving events or trends. Seemingly unrelated global markets are in fact profoundly influenced by many of the same factors, albeit in different ways. In other words a given news item or economic trend can cause certain assets called risk assets (and their markets) to trend higher, and others, called safety or safe haven assets, to trend lower, or vice versa. More on that below in our explanation of risk and safety assets.

Directly: Some markets directly influence other markets. For example a sudden rise in the price of oil or credit (aka interest rates) is an added expense for business and thus hurts stocks and other assets that rise with optimism and fall with pessimism (aka risk assets). Changes in credit markets that affect the cost or availability of credit directly affect most major asset markets, as we’ve seen from Subprime Lending Crisis, the resulting Great Financial Crisis, the resulting European Debt and Banking Crisis, and the from the resulting attempts to deal with them such as the Fed’s QE program and its attempts to curtail or taper it.

Both Directly And Indirectly: Some inter-market relationships are driven by a combination of both indirect and direct links to each other.

Virtually all kinds of assets can be classified as risk or safety (aka: safe haven) assets. Here are somewhat simplified but useful working definitions.

Most markets are heavily influenced by the same big macro-market movers, economic or political events or trends that shape the global economy.

However they don’t respond in the same way.

Any experienced market observer knows that a given event or economic trend generally sends some assets higher and others lower, depending greatly on whether they’re risk or safety (aka safe haven) assets.

If you’re not thoroughly familiar with this topic do not move on until the below is clear. It is critical to understanding how to do your own inter-market analysis and will save you a lot of time and money.

See here for details on that, and on risk vs. safety currencies in general, for a deeper understanding of these and how to use forex trends to improve your performance as a trader or even an income investor.

NB: THESE LABELS HAVE NOTHING TO DO WITH SAFETY OF AN ASSET AS A STORE OF VALUE. Rather these refer solely to how an asset or asset class typically behaves in response to market optimism or pessimism. For example:

What Determines The Strength Of These Indirect Correlations?

The strength of these positive or negative correlations depends on sensitivity to risk appetite (greed) or risk aversion (fear). In other words:

For the full story on currency rankings, their basis, and how they can change, see here.

Note that the above relationships are often obscured or overridden by other market forces, especially on daily or shorter term time frames. For example, it’s common to see risk assets rising as a group yet see one particular risk asset falling due to some long or short term phenomenon that mostly affects just this asset. For example, if global stock indexes and other risk assets are rallying, one would expect the AUD to be soaring in tandem. However if there’s bad news for the Australian economy, the AUD could easily be lower.

We will continue to Part B for more on the fundamentals of inter-market analysis and how to profit from it.

DISCLOSURE/DISCLAIMER: The above is for informational purposes only and not intended to be specific trading advice. In other words if somehow you lose money based on the above I take no moral or legal responsibility for it. Deal with it.