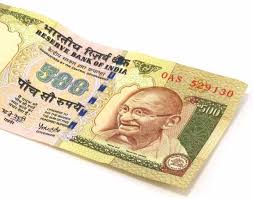 The recent order by the Competition Commission of India on NSE and MCX-SX has a bunch of difficulties based on a lack of understanding of new age industries where a pricing of zero is quite feasible and important, a focus on protecting a competitor instead of upholding competition, etc. I wrote about this in the previous blog post.

The most important problem with this order is that it represents a diversion away from the real story. The real story is that trading in the Indian rupee is leaving India.

The rupee is traded on three venues:

In an article in the Business Standard, Jamal Mecklai says:

…..in April 2011, NDF volumes, at nearly $43 billion a day, were more than double those of the onshore OTC market (about $21 billion a day), and nearly 40 per cent higher than the combined OTC and futures onshore volume. Clearly, the bulk of price discovery for the Indian rupee has migrated offshore.

While we are bickering about the valuation of one player in the onshore exchange-traded market, we are losing the plot. The real story is that India is losing the market where the rupee is traded. While we are fussing about NSE’s charges on the currency futures market, the OTC market offshore charges zero and has steadily gained market share.

This is part of a larger concern which needs to be more carefully considered. As India internationalises, domestic customers of financial services, and the foreign order flow, will increasingly shift their business to providers abroad when there are problems in the local financial system. These problems fall into three kinds:

Our mistakes in policy on these three fronts generate a genuine possibility of a hollowing out of the domestic financial system in coming years.

The overseas market is the real source of competitive pressure. Unless overturned, the CCI order is working to reduce the market share of the onshore market.

India: Getting Anti-Corruption Battle Back on Track by Ajay Shah

Dr. Ajay Shah is a Professor at the National Institute for Public Finance and Policy (New Delhi) holding a Ph.D. in Economics (University of South California) and B.Tech in Aeronautical Engineering (I.I.T. – Bombay). His hard cover book “India’s Financial Markets: An Insider’s Guide to How the Markets Work” is available at Amazon, and pens his thoughts on Ajay Shah’s blog. Econintersect cannot begin to summarize Dr. Shah’s impressive resume, which includes being listed in the Top Ten Economists in India.