The U.S. economy shows immunity against delta after early scare 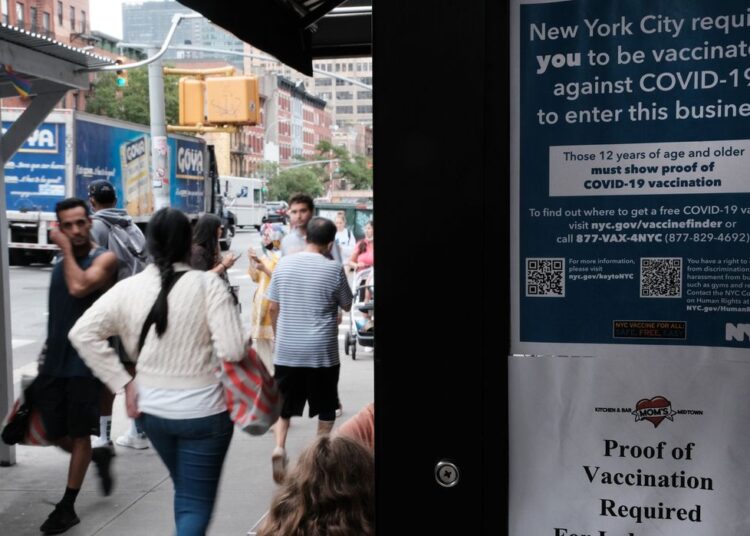 Americans are worried about the fast-spreading delta strain of the coronavirus, but not enough to stop them from spending money and keeping an economic recovery alive.

A poor August jobs report two weeks ago triggered fresh angst about the economy, especially after hiring in the leisure and hospitality sector fell to zero.

Delta appeared to force companies such as restaurants, hotels and theaters to freeze hiring plans as more Americans stayed away for fear of catching the virus. At the same time, a closely follow measure of consumer confidence fell to a 10-year low.

Yet the threat from delta appears to have been exaggerated. Sales at retailers surged in August and they were particularly strong if auto dealers are excluded.

Americans went out a bit less, it turned out, and didn’t spend as much on services. Restaurant receipts flattened out in August after five straight big monthly gains, to cite one notable example.

Instead, people spent more on groceries, electronics and other consumer goods sold through online stores such as Amazon AMZN, +0.61%. Online sales jumped more than 5% last month.

As long as Americans keep spending, the economy is sure to continue to grow. Consumer spending accounts for about 70% of all U.S. economic activity.

The retail sales report “is a reminder that consumers are resilient and willing to spend,” said lead U.S. economist Nancy Van Houten of Oxford Economics.

Americans have become more selective in what they buy, however.

Sales at auto dealers have fallen four months in a row due to a shortage of vehicles and record-high prices for the limited selection that is available. Home sales have also tapered off because of high prices.

A survey of consumer sentiment in September showed that households think it’s a terrible time to buy autos, houses and appliances.

No wonder. Businesses are struggling with widespread shortages of materials and supply because of disruptions tied to the pandemic. The result: Surging prices and high inflation.

One thing that isn’t a problem is demand.

Businesses have been flooded with orders and they are trying to keep up. And even when they can get enough supplies, they can’t always find enough workers to produce the goods and services.

A strong labor market is a double-edged sword right now. Record job openings mean most employees are safe in their jobs, a comforting feeling that allows them to keep spending. Wages are also rising rapidly.

Yet a shortage of labor has put a speed limit of sorts on how fast the economy can grow. Much of the weakness in hiring in August probably stemmed from the labor shortage instead of delta, economists say.

Surveying the economy, the Federal Reserve is likely to make no major policy changes at its next meeting on Wednesday. The central bank is soon expected to begin to unwind its strategy to prop up the economy by keeping interest rates at historic lows at some point in the next year or two though.

The rise of delta and the poor jobs report likely pushed the Fed’s announcement out toward the end of the year. Yet as the latest batch of evidence shows, the economy appears ready to take off the training wheels, especially with the delta outbreak starting to subside.

“Given the recent clouds from both delta and the last payrolls data, the Fed could well decide to wait one more meeting before setting its plans in stone,” said economist Avery Shenfeld, chief economist of CIBC World Markets.

What’s behind these weird price increases? Americans are paying more for window coverings and salad dressing

These stocks are in bear-market territory, but Wall Street expects them to soar as much as 68%

These stocks are in bear-market territory, but Wall Street expects them to soar as much as 68%