The beguiling promise of decentralised finance

And its many perils 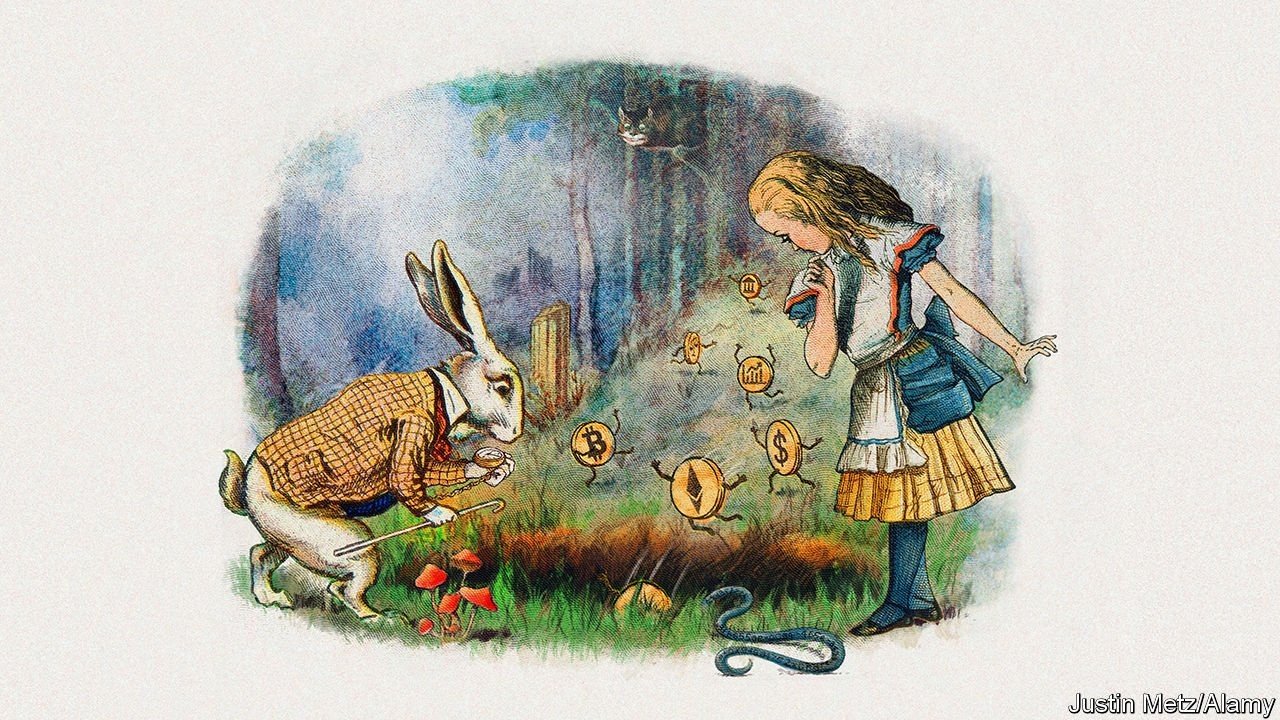 The sceptics have plenty of fodder. The earliest adopters of bitcoin, the original cryptocurrency, used it to buy drugs, while cyber-hackers now demand their ransom in it. Hundreds of millions of dollars of ether, another digital money, were stolen this year after hackers found a bug in some code. Many “believers” are in reality trying to get rich quick from the global mania that has seen the value of cryptoassets reach $2.2trn. Others are freakishly devoted. The entrepreneur who announced in June that El Salvador was adopting bitcoin as an official currency sobbed on stage, claiming it would save the nation.

Enjoy more audio and podcasts on iOS or Android.

The crooks, fools and proselytisers are off-putting. Nevertheless, the rise of an ecosystem of financial services, known as decentralised finance, or “DeFi”, deserves sober consideration. It has the potential to rewire how the financial system works, with all the promise and perils that entails. The proliferation of innovation in DeFi is akin to the frenzy of invention in the early phase of the web. At a time when people live ever more of their lives online, the crypto-revolution could even remake the architecture of the digital economy.

DeFi is one of three tech trends disrupting finance. Tech “platform” firms are muscling in on payments and banks. Governments are launching digital currencies, or govcoins. DeFi offers an alternative path which aims to spread power, not concentrate it. To understand how, start with blockchains, vast networks of computers that keep an open, incorruptible common record and update it without the need for a central authority.

Bitcoin, the first big blockchain, created in 2009, is now a distraction. Instead, Ethereum, a blockchain network created in 2015, upon which most DeFi applications are built, is reaching critical mass. Its developers view finance as a juicy target. Conventional banking requires a huge infrastructure to maintain trust between strangers, from clearing houses and compliance to capital rules and courts. It is expensive and often captured by insiders: think of credit-card fees and bankers’ yachts. By contrast, transactions on a blockchain are trustworthy, cheap, transparent and quick—at least in theory.

Although the terminology is intimidating (fees are “gas”; the main currency is ether, and title deeds over digital assets are known as nfts), the basic activities taking place on DeFi are familiar. These include trading on exchanges and issuing loans and taking deposits through self-executing agreements called smart contracts. One yardstick of activity is the value of digital instruments being used as collateral: from almost nothing in early 2018 it has reached $90bn. Another is the value of transactions that Ethereum is verifying. In the second quarter this reached $2.5trn, around the same sum as Visa processes and equivalent to a sixth of the activity on Nasdaq, a stock exchange.

The dream of a low-friction financial system is just the beginning. DeFi is spreading to more ambitious terrain. MetaMask, a DeFi wallet with more than 10m users, acts as a digital identity. To enter a decentralised “metaverse”, a looking-glass world with shops run by its users, you link your wallet to a cartoonish avatar who roams around. These digital worlds will become the subject of intensifying competition as more spending shifts online. Big tech firms could impose huge taxes on these mini-economies: imagine Apple’s App Store charging fees, or Facebook selling your avatar’s intimate secrets. A better alternative might be decentralised networks that host applications and are run mutually by users. DeFi could provide payments and property rights.

Crypto-enthusiasts see a Utopia. But there is a long way to go before DeFi is as reliable as, say, JPMorgan Chase or PayPal. Some problems are prosaic. A common criticism is that blockchain platforms do not scale easily and that the computers they harness consume wasteful amounts of electricity. But Ethereum is a self-improvement machine. When it is in high demand the fees it charges for verification can climb, encouraging developers to work on minimising the intensity with which they use it. There will be new versions of Ethereum; other, better blockchains could one day replace it.

Yet DeFi also raises questions about how a virtual economy with its own norms interacts with the real world. One worry is the lack of an external anchor of value. Cryptocurrencies are no different from the dollar, in that they rely on people having a shared expectation of their utility. However, conventional money is also backed by states with a monopoly on force and central banks that are lenders of last resort. Without these, DeFi will be vulnerable to panics. Contract enforcement outside the virtual world is also a concern. A blockchain contract may say you own a house but only the police can enforce an eviction.

Governance and accountability in DeFi-land are rudimentary. A sequence of large irrevocable transactions that humans cannot override could be dangerous, especially as coding errors are inevitable. Money-laundering has thrived in the ungoverned grey zone of services lying between Ethereum and the banking system. Despite the claims of decentralisation, some programmers and app owners hold disproportionate sway over the DeFi system. And a malign actor could even gain control over a majority of the computers that run a blockchain.

Digital libertarians would prefer that DeFi remain autonomous—imperfect but pure. Yet to succeed it must integrate with the conventional financial and legal systems, as Gary Gensler, a crypto-expert who is America’s financial watchdog, has outlined. Many DeFi applications are run by decentralised organisations which vote on some issues; these bodies should become subject to laws and regulations. The Bank for International Settlements, a club for central banks, has suggested that govcoins might be used in DeFi apps, providing stability.

Finance is entering a new era in which the three novel but flawed visions of tech platforms, big government and DeFi will compete and intermingle. Each embodies a technical architecture and an ideology about how the economy should be run. As with the internet in the 1990s, no one knows where the revolution will end. But it stands to transform how money works and, as it does so, the entire digital world.

My son is married to a selfish, passive-aggressive woman. How can I leave him money without her getting her hands on it?