If you’ve ever been to New York’s Chinatown, Los Angeles’ Santee Alley or Hong Kong’s Gage Street, you know what draws the crowds: the chance to snag knockoff Jimmy Chu shoes, a Rolex watch or a pair of Ray-Ban sunglasses for a fraction of the retail price.

While consumers may think it’s a “victimless crime” that only hurts big corporations, counterfeiting harms countless individuals as well, from sweatshop workers who toil without legal protections to consumers themselves, many thousands of whom die annually due to fraudulent drugs and foods. It’s also the biggest source of profit for criminal gangs.

President Donald Trump highlighted the problem in early April when he ordered U.S. federal agencies to do more to stem the flow of counterfeit goods online. But what has been lost in debates about how to curb counterfeiting is the role consumers play. 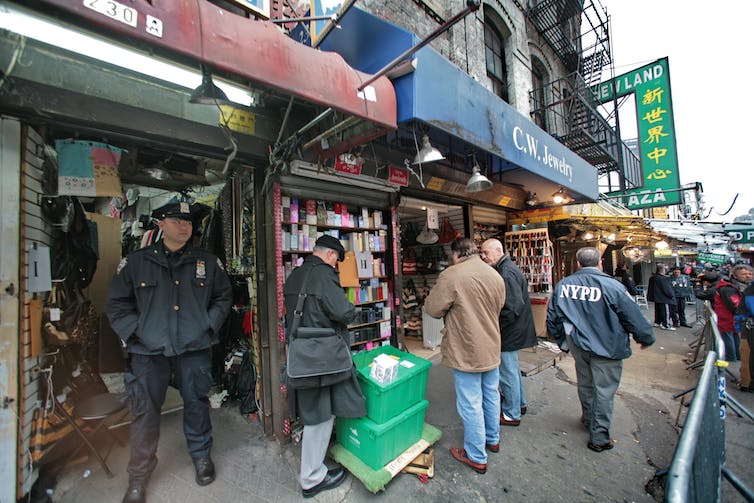 The growth of e-commerce, which the Trump administration compares with the lawless “Wild West,” is making it easier for counterfeiters to reach U.S. consumers.

In the U.S., the number of counterfeit products seized at ports of entry has more than doubled over the past decade.

Globally, counterfeiters sold an estimated US$1 trillion of fake goods in 2017, a figure that is expected to soar past $1.8 trillion by 2020. As a result, businesses suffered an estimated $323 billion in losses in 2017. 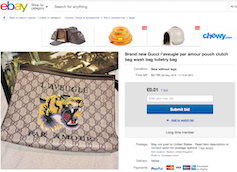 E-commerce sites are rife with cheap knockoffs like this one. eBay

Profits earned from the sale of counterfeit goods benefit legitimate companies who manufacture, sell or distribute counterfeits, as well as illegal businesses and criminal organizations.

Trump’s directive focused on getting online marketplaces like eBay, Amazon and Alibaba to do more to remove knockoffs from their virtual shelves or trying to stem the flow of goods over the border. While this makes some sense given estimates that a large share of goods being sold on these sites are counterfeit, what it does not do is address the source of the problem: consumer demand.

A common saying among brand owners, the companies that own legitimate trademarks, is that the only sure way for a company to avoid a counterfeiting problem is to produce a product that no one wants to buy.

If no one wanted Coach, Chanel or Michael Kors handbags, for example, there would be no point in knockoffs.

The lesson to take away from this is that consumer demand for legitimate goods creates incentives for counterfeiters to create and sell fakes. And while the majority of shoppers have no desire to purchase counterfeit products – and in fact are themselves victims of this deception – there are many who willingly buy counterfeit goods in order to get what they perceive is a bargain.

Researchers have found that there are two general price-focused reasons consumers choose to purchase counterfeit goods. They may feel that the cost of the desired legitimate good is too high, thus they settle for a knockoff that costs a fraction of the price. Or, even if they could afford the legitimate good, they choose the fake because it seems to be a savvy shopping decision.

Regardless of the reason, their decision makes them accomplices to this illegal activity, providing counterfeiters with more financial resources. And more importantly, it can place them at risk for serious harm.

While it may seem normal and not harmful to rationalize the purchase of a counterfeit purse as a way to save money, my own research has found that the same logic can lead people to buy tobacco laced with arsenic and tainted medications that have led to serious illness or even death. 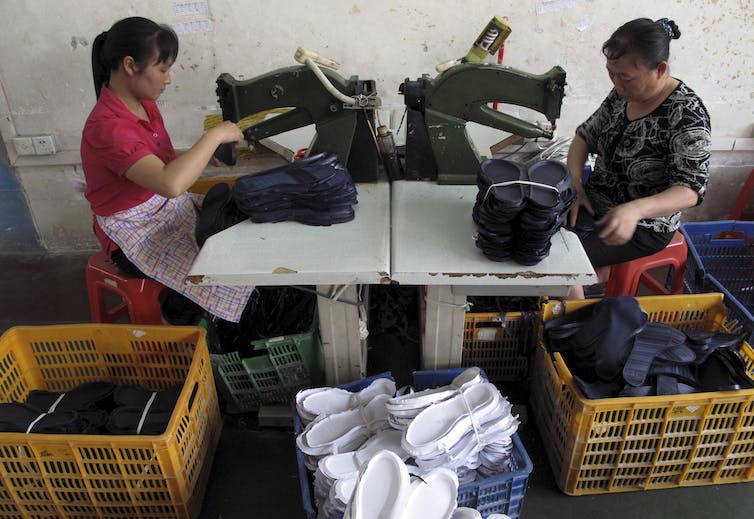 While it may be difficult for consumers to care about the losses suffered by a multinational company like Gucci, Chanel or Rolex, they should be able to sympathize with the plight of other victims of counterfeiting.

Put another way, counterfeiting is not an issue of who is losing money. It’s about who is getting the money: criminals. And the victims include pretty much everyone else, from the workers to unsuspecting consumers themselves.