You’re a U.S. Special Forces commander leading a unit of troops through the streets of the village of Buzi Kandahari.

Your mission has two parts:

Typically on such missions, a routine drone operation might be flown overhead the combat zone in the hours before the mission. Aerial reconnaissance photographs are taken and used back at base for mission preparation and briefing.

But this time, a new technology – drone dust – was added to the typical camera installation.

The night before the mission, a U.S. ScanEagle drone soared above the combat zone, “drone-dusting” the entire enemy area with smart dust under the cover of night, much like a Cessna might crop-dust a cornfield with fertilizer.

A connection between home base, the drone dust on the ground and the ScanEagle drone was established.

Now, hours later, during mission go, the Taliban in the village doesn’t stand a chance.

They have inferior training to the U.S. troops under your command… inferior weapons to yours… and now, thanks to drone dust, inferior information.

As your platoon advances through the streets, HQ is using the drone dust covering the battlefield to link you to an accurate real-time map of the village you’re operating in and give you real-time intel.

Your eyes and ears at HQ speaks into the comm-link in your ear, “I’m seeing three targets moving at your 2:00 on the rooftops.”

With the information, you’re able to stay out of the line of sniper fire and clear each of the enemy buildings one by one.

As you continue sweeping through the streets, you and your unit anticipate every enemy move…

You see around every corner… on top of every building… behind every obstacle.

The enemy is clueless as to how they’ve lost the element of surprise that makes guerrilla warfare so powerful. All they know in those last minutes on Earth is dread and fear of the U.S. Special Forces.

“Area secured, HQ,” you say over your comm.

“Everyone’s accounted for. Mission complete, returning to base…”

The use of drone dust in combat was a success.

Instead, this technology wasn’t in use. Two brave U.S. soldiers, like so many others, lost their lives that very day to Taliban fire in the streets of Buzi Kandahari. All because they were ambushed without the critical information about the enemy’s whereabouts and movements.

This informational constraint has been a constant in warfare for centuries.

But soon, drone dust could destroy that constraint.

When it does, it will save American lives. In fact, it could neuter guerilla warfare in a way that makes a technologically advanced fighting force like the United States’ unbeatable.

Smart dust could enable military personnel to get critical information. For example, drone dust, or smart dust, could be used to track movements from around a corner to assess whether or not there are people there and whether or not they are armed.

They could receive critical information about an enemy territory, putting them at an advantage during combat. The intelligence that smart dust could potentially offer the military is unbelievable.

This isn’t some fantasy, by the way, as you’ll soon see.

Drone dust is a system made up of “motes,” or tiny sensors.

Motes are essentially tiny, low-power computers that can perform many different functions. They’re composed of microelectromechanical systems or MEMS for short.

These wonder specks have the ability to float through the air or lie on objects and capture information about absolutely everything. We mean everything. From the temperature… to the chemical composition of the air… to any movements… even brain waves.

Over the last few decades, MEMS technology has evolved to feature an incredible number of types of sensors, including temperature, chemical species, radiation, pressure, humidity, magnetic fields and more.

Not only are these devices extremely effective, they are made with the same manufacturing techniques used to create integrated circuitry, translating to low-production costs.

The incredible performance of MEMS devices paired with their inexpensive cost means that this technology has started integrating into the commercial marketplace.

The capabilities of MEMS even today are incredible. But combining this technology with others, such as microelectronics, photonics and nanotechnology will be the truly meteoric rise of these devices as one of the most innovative developments in technology of this century.

And this revolutionary “drone dust” could be everywhere in the near future. The possibilities are endless. Like everything we do at Defense Tech Alert, it starts with the military application and kick-start.

From there, it will create first-, second- and even hundredth-order applications far beyond the battlefield.

The Defense Advanced Research Projects Agency (DARPA) has funded several different projects in the realm of MEMS beyond this “drone dust” concept. This is promising because many of the most innovative technologies of our time, including nuclear power, radar, jet engines, and the internet have developed due to military research. 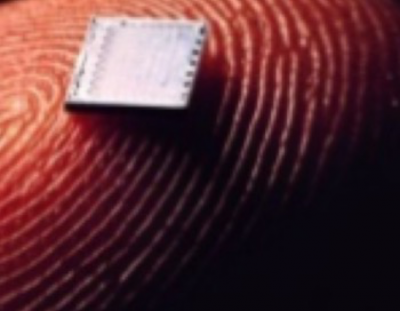 This tiny techno-speck of smart dust is barely visible to the eye if you hold it on your finger. And yet I believe it could…

And a whole lot more!

It’s no exaggeration to say that this technology could ultimately generate hundreds of billions of dollars in new industries by destroying today’s legacy consumer industries in each of the areas I listed.

Keep An Eye On Your Pension Investments: Snake Oil And Crime Abound

Keep An Eye On Your Pension Investments: Snake Oil And Crime Abound