I was watching a little of the ECB press conference after their policy meeting and a reporter asked why inflation is such a bad thing for Europe and European consumers.

Mario Draghi gave a canned response, but the real interesting moment came when an individual sitting to his left on the ECB panel opened his mike up and wanted to speak about inflation. I thought this was a little odd, and it became stranger by the moment. He really went out of his way to point out some obscure economic study that showed that US inflation was overestimated, and that actually US inflation was actually negative according to this recent study.

I guess the inference is that even in the US where the economy is the relative strongest house on the block so to speak, that there is even underlying deflation in the world`s strongest performing economy.

But is sure seemed to point out that Central Bankers are not objective data driven, independent academics seeking the truth regarding economics, but rather have a goal ahead of time, and look for any type of data to support said agenda.

Most of the studies actually show that inflation is underreported and this is the first time I have come across someone citing the opposite conclusion regarding inflation reporting.

This is rather intuitive as well, energy and commodities have collapsed due to the oversupply of these markets, but really that is the one area which makes the overall inflation numbers appear lower than most feel in their everyday living experiences.

For example, the cost of renting or home ownership has been rising steadily the past 16 months, and will continue to do so over the projected near term future. Healthcare costs continue to rise each year despite a nationalized healthcare plan. Even those lucky enough to have great company backed healthcare plans are paying higher deductibles and more out of pocket health expenses each year. Education and tuition costs continue to rise above the average rate of inflation. Entertainment expenses from movies, eating out, cable and internet fees, mobile phone plans, gym memberships, and travel accommodations are all experiencing inflationary pressures. Automobile prices sure aren`t deflationary as anyone who has purchased a new car recently realizes. Shoot even HOA fees are rising year after year! And those pesky real estate taxes sure seem to go up well above the stated rate of 2% inflation that is the Fed`s desired target rate. Ironic isn`t it that if inflation could only hit that 2% mark they would be raising interest rates in a heartbeat. Like when it was well over 2% 16 months ago, and the Federal Reserve not only wasn`t raising rates, but was still buying bonds each month via QE 3?

Deflation is not a problem anywhere in the world

It is pretty obvious to anyone with a little common sense and operates a household budget that deflation is not a problem here in the United States or anywhere in the world. This is all Central Bank nonsense used to justify an agenda regarding monetary policy. It is also abundantantly clear that the real inflation rate is much higher than that reported by the official governmental data sets. That in fact these reporting tools substantially underrepresent the real level of inflation in the economy. This is what I refer to as part and parcel of the Inflation lie.

Inflation and all the Central Bank rhetoric is used as a tool to manipulate policy towards an agenda, and all the official government tracking reports have a role in promoting the company line, which at its core is spend beyond your means, and kick the can down the road by monetizing the debt, robbing consumers of purchasing power along the way in a never ending currency devaluation scheme. This is also why the debt ceiling needs to be raised every year, and the US has doubled the national debt over the last 8 years. If you keep a healthy dose of inflation, let us call it the real inflation rate in the economy, the overall debt is less as a percentage of GDP, Tax Revenue, and overall Production Output – thus the debt has been monetized. At least this is the Central Bank and government strategy to dealing with out of control government spending far in excess of tax receipts taken in. Borrow, rack up huge deficits, print more money, devalue the currency, create inflation in the money supply, and make the borrowed money less onerous than it otherwise would appear with a lower rate of inflation. This is why Central Banks are so obsessed with inflation, the entire scheme falls apart and fast if the debt cannot be monetized or lessened as a percent of its original value through currency devaluation via the printing presses.

This is the big Inflation Lie, Inflation doesn`t hurt consumers; it is a needed tool to monetize the debt and keep the whole deficit spending scheme going for as long as possible. The theory is sort of like the expansion of the Universe. If Central Bankers can inflate the money supply without inflation going nuclear on them, and keep diluting the currency without Zimbabwe like repercussions, then the size of the national debt is as manageable as 20 Trillion can be in a relative sense. 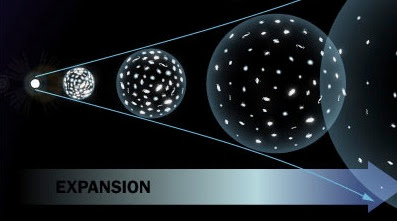 But it is a dicey game in juggling of account variables and the slightest unbalanced move of any of these account balance variables and the entire deficit financing scheme implodes or blows up on itself. It is terribly unsound financial engineering, and a looming disaster that at best is kicked down the road a little further. My calculations are that the government liabilities hitting around 2018 are just the variable that makes this whole financial engineering scheme face some serious here and now addressing. But it can be any variable in this complex financial engineering equation that can go out of control. Inflation as reported over 4%, interest rates rising significantly, Real Deflation, Economic Recession, Credit Rating Downgrade, Spending at a rate exponentially more than currency devaluation of Monetary Policy, Central Bank Credibility and Confidence, and a full-blown Currency Crisis to name just some of the possible variables that could blow up in the face of this financial engineering experiment.

Deflation, Demonizing, Central Bankers & the Power of Language to Manipulate

Now you know why Central Bankers try so hard to demonize deflation, well we have never had real deflation in my lifetime, it is the reason that cars that used to cost $5,000 now cost $50,000. But more specifically Central Bankers know that the official Inflation reporting tools are built to underrepresent inflation in the economy, and anything trending below their fake targets is a problem for them because government spending continues exponently and unabated, and without elevated inflation the debt cannot be monetized and kicked down the road a few more years – which is the agenda. And really the whole purpose for their existence in government service. This is why Central Bankers will look for any semblance of deflationary pressures, albeit some obscure economic study in the United States, any excuse possible to ramp up the old printing presses at full speed ahead come what may! This is the big Inflation Lie purposefully put forward by Central Bankers to continue the charade that is modern financial engineering.