In case you missed it David Crane resigns on Thursday and the stock gets hammered on Friday to the likes of almost 20% at one point in trading, putting in a low print of $8.81.

Hopefully the more sophisticated investors out there bought some calls three month`s out as NRG Energy is a definite takeout candidate with this shockingly low stock price given its actual assets.

NRG Energy just for comparison`s sake has Revenue of almost 16 Billion while Twitter has Revenue of 2 Billion, NRG has a market cap of less than 3 Billion while Twitter has a market cap of 17 Billion. I could bore the reader with numerous other financial metrics, suffice to say, those interested in studying the balance sheet further will likely conduct their own due diligence. 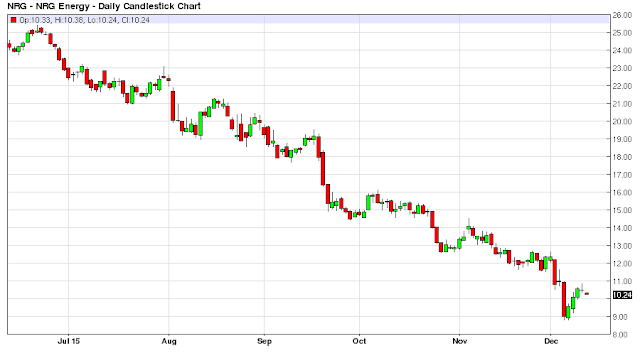 Here is the high level analysis of what led to NRG`s downfall, and the resignation of David Crane. David Crane aspired to be more than just a Power Generation company that maximized earnings each quarter. He wanted to take the Power Generation Company into the era of being a clean provider of electricity, and associated full services of residential products revolving around the retail side of the business and greener, renewable energy initiatives. 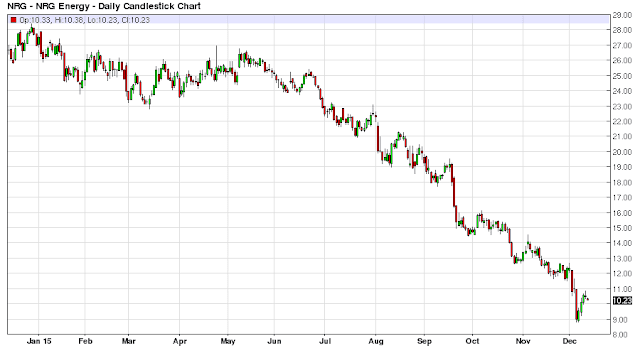 It is interesting because originally when Crane joined NRG their model was to increase earnings by acquiring Power Generation assets, with their big acquisition being the Texas based Power Generation assets which are real cash cows, they generate tons of cash flow for the company each year. This was going to be the model going forward, and if they would have stayed the course with this strategy David Crane would still be CEO of NRG and the stock would be much higher than it is today.

The reasoning here is yes natural gas prices are depressed, and there is going to be legislation necessitating higher costs for cleaner Power Generation. But it isn`t like demand for electricity is going anywhere, and not even the Obama administration is going to legislate Power Generators out of business completely; as there is leverage in the fact that electricity is a necessity. It can and will never be legislated out of business.

However, this even supports the case for more consolidation within the industry, especially for the existing fleet of Power Generation Power Plants of coal, natural gas and other fossil-fuel generation. Consolidation helps spread these increased costs over a larger scale and improves pricing power both from the rate side, and the associated costs in cleaning up the ‘dirty coal’ assets where necessary. 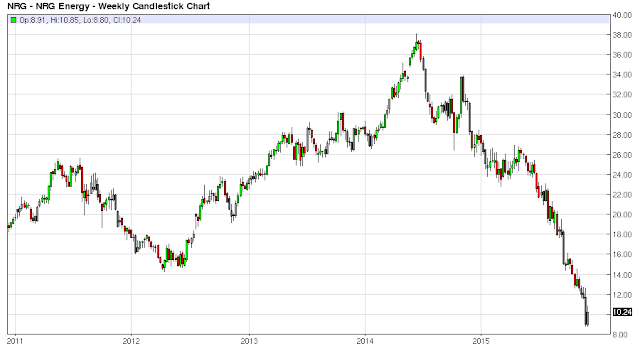 But the Financial Crisis happened in 2007/08 and that changed financing for acquisition deals, some of the best financing that was available was through the Obama Administration in the form of Green Loan subsidies. This started NRG down the road to investing and developing projects in the Green space from Wind farms, to Solar projects. 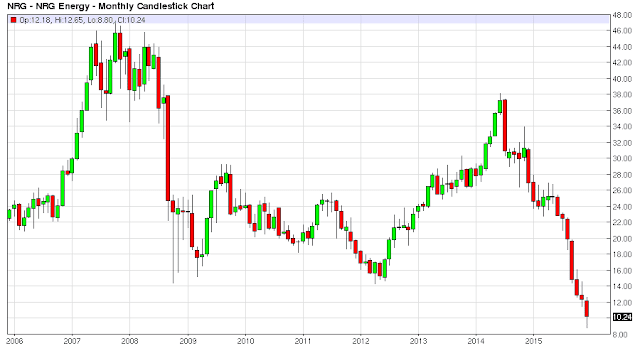 Next to occur in this transition was the fact that Reliant Energy got into severe financial distress with out of control costs, Reliant was a bloated retail provider with some generation assets. NRG bought the retail side of the business for literally a song. It was instantly accretive to NRG`s earnings because Reliant needed the cash at the heat of the financial crisis where the capital debt financing markets dried up, and they sold this piece to NRG at below market value by a factor of fifteen.

Yes I said fifteen, the deal was so accretive that it far exceeded even NRG`s announced accretive date! It was like a house flip that could be turned around and flipped the very same day because it was listed originally with an incorrect address. The Financial crisis had JP Morgan stock with a $15 handle, so there were a lot of mispriced financial assets during the credit freeze up at the zenith of the panic on Wall Street. Nobody wanted to do any deals, it was hunker down mode. 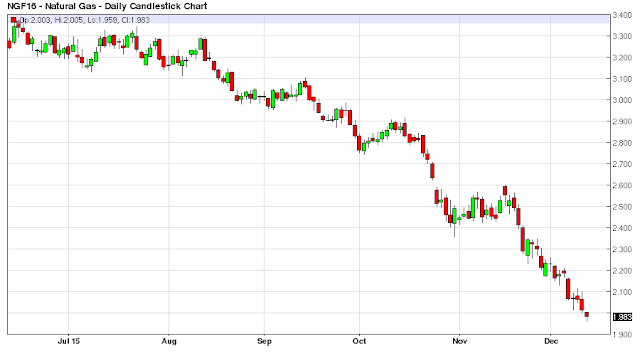 However, NRG started investing a bunch of money in ancillary retail add-ons with the idea of growing the retail consumer base and profits with new retail product offerings, none of which are instantly cash flow positive for NRG. Many of these businesses may be profitable 5 and 10 years down the line, but right now they are running through cash like classical startup businesses. An example is one of these startups has an annual budget of $10 million, and they spend $50 million: $10 million in each of the 5 business units.

These startups have no sense of budgeting, the accountability and supervision is that skewed because remember these entities under NRG still have a startup mentality. They spend like Silicon Valley startups spend. NRG basically has a bunch of Green startup businesses rolled up into the parent company`s balance sheets, all sucking away from the core cash flow operations leading to -0.04 earnings for the latest quarter.

Add this to acquiring a bunch of actual external Green startups with the idea of transitioning NRG into a different kind of Green Energy Provider and you see how these Green companies with their “future” cash flow positive deliverables to the bottom line all started sucking cash away from the core capital generation power plant`s businesses, which really are cash cows. 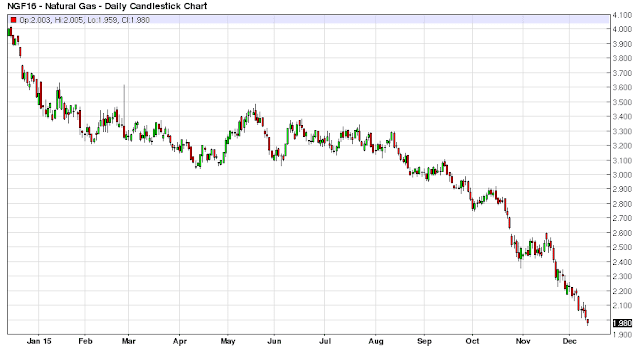 NRG needs to get back to their core business, this wonderland fantasy crap is great when you have a google balance sheet monopoly that can subsidize money losing business ventures like google self-driving cars and google glass to name a few. However, NRG isn`t in that position to realize and subsidize all of David Crane`s vision and ideals. I do think solar energy has a tremendous future, but not at the expense of hijacking a perfectly good company and its stock price, and this is why David Crane was pushed out. 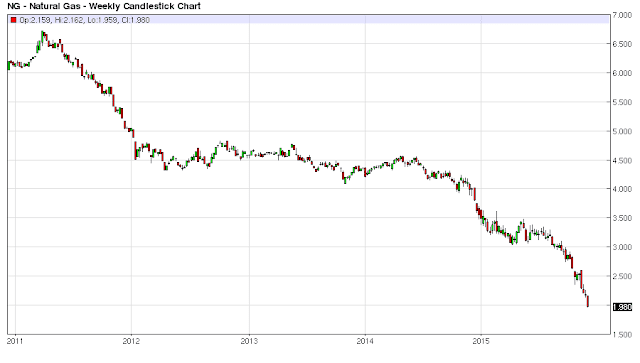 Sold the Profitable Assets from a Poor Negotiating Position

He sold some power plant assets which are profit generating to the balance sheet, and not the money losing Green startup crap companies. Obviously these power plants are cash flow positive assets or nobody would have bought them, but they lowballed NRG because they knew NRG was desperate to sell assets because they preannounced a public reorganization plan. NRG had no leverage in selling these assets from a negotiation standpoint. 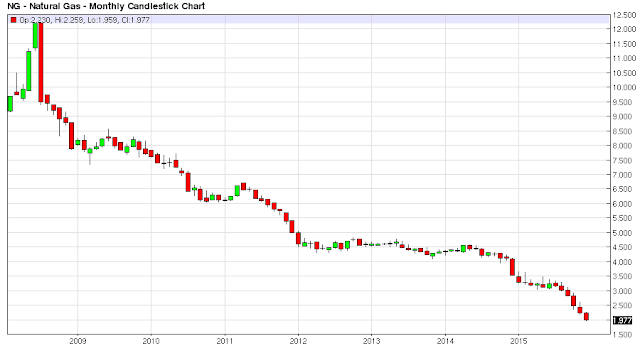 With a $9 stock price for a company that is easily worth $22 a share it is time for rational decision making at the company. Forget trying to spin off these Green assets, especially in a $2 Natural Gas Environment. NRG can try but in the meantime, start cutting costs to the bone in these assets. Frankly, if the company just cut bait completely, just fired all employees in these money spending boondoggles, and jettisoned operations completely with write-offs. The stock would take off immediately, as investors would realize that earnings are about to skyrocket based upon the core cash generation business.

There are two sides to running a great business the first is having businesses that generate cash flow, and NRG has that in spades. The next is controlling your costs and NRG thinking they are the next Silicon Valley startup was spending like crazy supporting businesses that may be great in the future, but currently only detract from the bottom line results every earning`s quarter. All this in a low natural gas environment is just too much to overcome. But very easy to fix to realize the ‘breakup’ value of the company`s assets.

If I was an activist investor with some clout I would buy some calls up to three month`s out, maybe six months. This most likely would mean that by the time I had finished my acquisition stake, given the current stock price, and the inevitable short covering in the process, my calls would be substantially in the money, and further subsidizing my purchase. [I could hedge these profits out with options if necessary to ensure these gains, but would limit future profits by so doing – but it is an available strategy here.] Therefore after building a 5% stake in the company, then I would send a letter to the NRG board stating that I wanted to get two board members replaced with my own people. This puts management on notice, forces many shorts to cover, and gets other investors interested in piggybacking on my cause, so to speak! 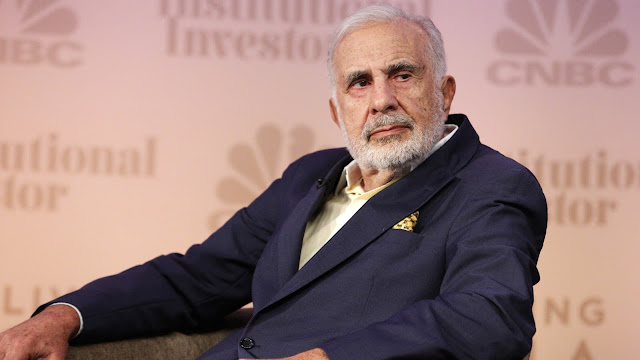 My position should be quite profitable right here by a substantial degree. Next I would start soliciting bids for the company as it is a nice value for a takeout candidate in the $18-$25 a share range. I would look into private equity deals as well because taking NRG private is a viable option, as they have plenty of cash to spend, and this company is a cash generating machine.

Otherwise, from a longer term perspective I would start cutting costs once I had board influence at the company, and announce a huge layoff release, and get rid of all the money losing business ventures at any price. Stock prices love job cut announcements because it shows some fiscal discipline is being applied to the firm`s books; all of which creates additional shareholder value. This being done with the purpose of focusing on the core of the cash generation assets, which would lead to huge earning`s jumps in the future, a definite recipe for a rising stock price.

And once this is done there would a line of companies wanting to take over NRG`s tremendous core power generation business that throws off huge chunks of cash on a recurring basis. Once you get rid of all the Green Cash eating businesses, the true value of NRG is unlocked. NRG is a case where upper management`s vision, although grandiose in nature, is just not practical in this current environment; and makes for poor business sense.

It is tolerable by shareholders when Google has a Monopoly on search and is basically making more than enough money to satisfy shareholders, and save the world at the same time. But NRG just isn`t in that position, and they need to run a company to operate within their own means, i.e., balance sheet resources.

This is where David Crane`s vision made him a poor operator from a profits standpoint. He got caught up in the future of energy, instead of focusing on maximizing profits and running the business in the here and now. All this offers the smart investor a wondrous opportunity in NRG stock once a solid business focus is reapplied to the company, some fiscal discipline is all that this undervalued gem requires.

The Cost Of Fighting ISIS Compared To Iraq Afghanistan