Janet Yellen may soon become the first woman to lead the Treasury Department, about six years after shattering another glass ceiling at the top of the Federal Reserve.

She’s not alone in breaking down barriers in President-elect Joe Biden’s proposed new Cabinet. Michele Flournoy is the favorite to lead the Pentagon, while Biden named Avril Haines to be his director of national intelligence – if confirmed, they would be the first women in either of those positions. And that’s not to mention Kamala Harris, who on Jan. 20 will become the first woman vice president in U.S. history.

There’s often an expectation that busting these barriers – as women have been doing for many decades – will eventually lead to the kinds of systemic changes that will finally yield parity between men and women in leadership roles in government, the corporate world and beyond.

To understand these dynamics better, we analyzed the connections among the elites who govern many of the world’s most powerful companies and organizations. We wanted to see how many women and people of color had found their way to the center of these networks, which is a signal of how influential they are. 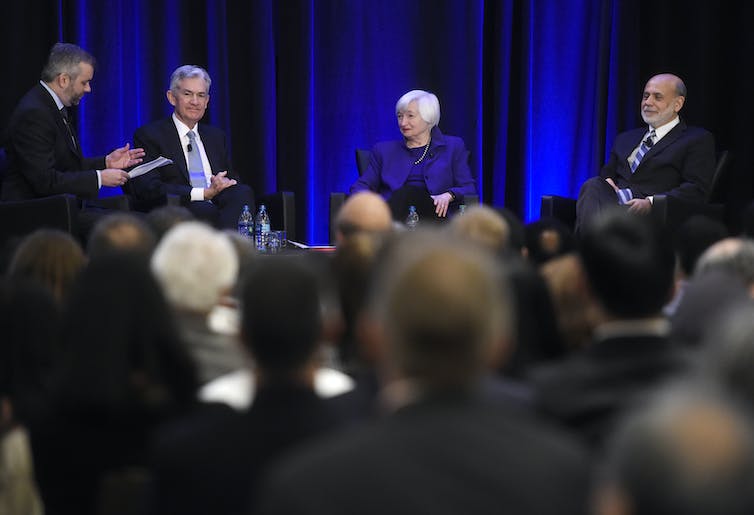 Yellen with a few of the boys. AP Photo/Annie Rice

Two steps forward, one step back?

Around the world, women are increasingly making their way into positions of power in disciplines like economics and finance that are notoriously sexist.

Yet despite notable achievements, such as at the International Monetary Fund, where both the present and previous heads have been women, the worlds of finance and business remain highly male-dominated.

Among big global corporations, for example, women are rarely in top leadership positions. For example, only 37 of the companies listed among the Fortune 500 are led by women – and yet this is a record high. In the U.S., only 5% of CEOs in the S&P 1500 are women.

[Get the best of The Conversation, every weekend. Sign up for our weekly newsletter.] 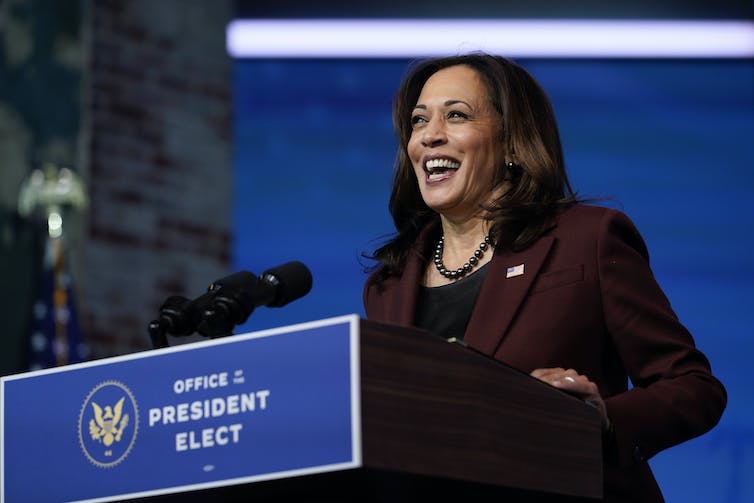 Vice President-elect Kamala Harris will be the first woman in the job when she takes office in January. AP Photo/Carolyn Kaster

Why are so few women breaking through?

We thought the answer might lie in looking at global elites. These leaders have power not only because they run organizations but because they often have many connections to other elites.

In a paper published in November in the peer-reviewed journal Global Networks, we examined the racial and gender diversity among the elite leaders who govern about 100 of the most powerful organizations and companies in the world based on global rankings and size. Our list includes some of the world’s largest companies, such as Walmart and JP Morgan, several influential nongovernmental organizations, such as Doctors Without Borders, Oxfam and Amnesty International, and international organizations of all kinds, such as the World Trade Organization and the World Economic Forum.

For each organization, we focused on the individuals who sat on their governing boards. These are the folks who make an organization’s most important decisions and determine who is ultimately in charge. We assembled a list of about 1,600 people who were on these boards in 2018. We then analyzed their ties to one another in terms of belonging to the same boards across organizations.

In all, we found about 9,000 ties that connected these leaders, creating a massively complex global network. By adding up these ties, we were able to reveal a snapshot of how leaders relate to one another and – more importantly – which leaders were at the periphery of the network and which were at its center.

We wanted to determine whether many women or people of color have made it to the center or core of this global network of elites or whether they mostly remained at the periphery. Studies of network power have found that it’s not enough to be a part of this network to have influence; one must be highly connected within it as well.

This, of course, is just a snapshot.

We don’t know how it’s changed since or what it was 10 or 20 years ago. We are currently trying to chart how these dynamics evolve over time.

One thing we do know is that men tend to dominate the inner circle of these networks, and that’s likely allowing them to amass even more power and influence.

It’s not enough for women and people of color to make it to leadership positions; they also need to be able to tap into the center of power networks to ensure the progress represented by Yellen, Harris and Biden’s other Cabinet picks continues.

Vulnerability To Exploitation Is Created By Law

Vulnerability To Exploitation Is Created By Law