The United States is a starkly divided country, at least politically. Where this division shows itself most significantly is indicated by a recent Pew Research Center poll which asked Biden and Trump supporters to name issues which are ‘very important’ to their vote in 2020.

As this infographic shows, the most important topics for Trump supporters came out as economy and violent crime. While Biden supporters share a similar degree of interest in the economy, health care, the coronavirus outbreak and race and ethnic inequality rated more highly on their list of priorities.

No issue seems to divide the electorate as much as climate change. 68 percent of Biden supporters say this will be a major factor for them when they vote, compared to just 11 percent of Trump supporters – a gap of 57 points. It’s a similar story for race and ethnic inequality where the gap is 52 points, with Biden’s support the group motivated most by this.

Aside from the economy, prominent examples of Trump supporters displaying more interest in an issue include violent crime, a 28 point gap, immigration, 15 points, and abortion, 11 points. 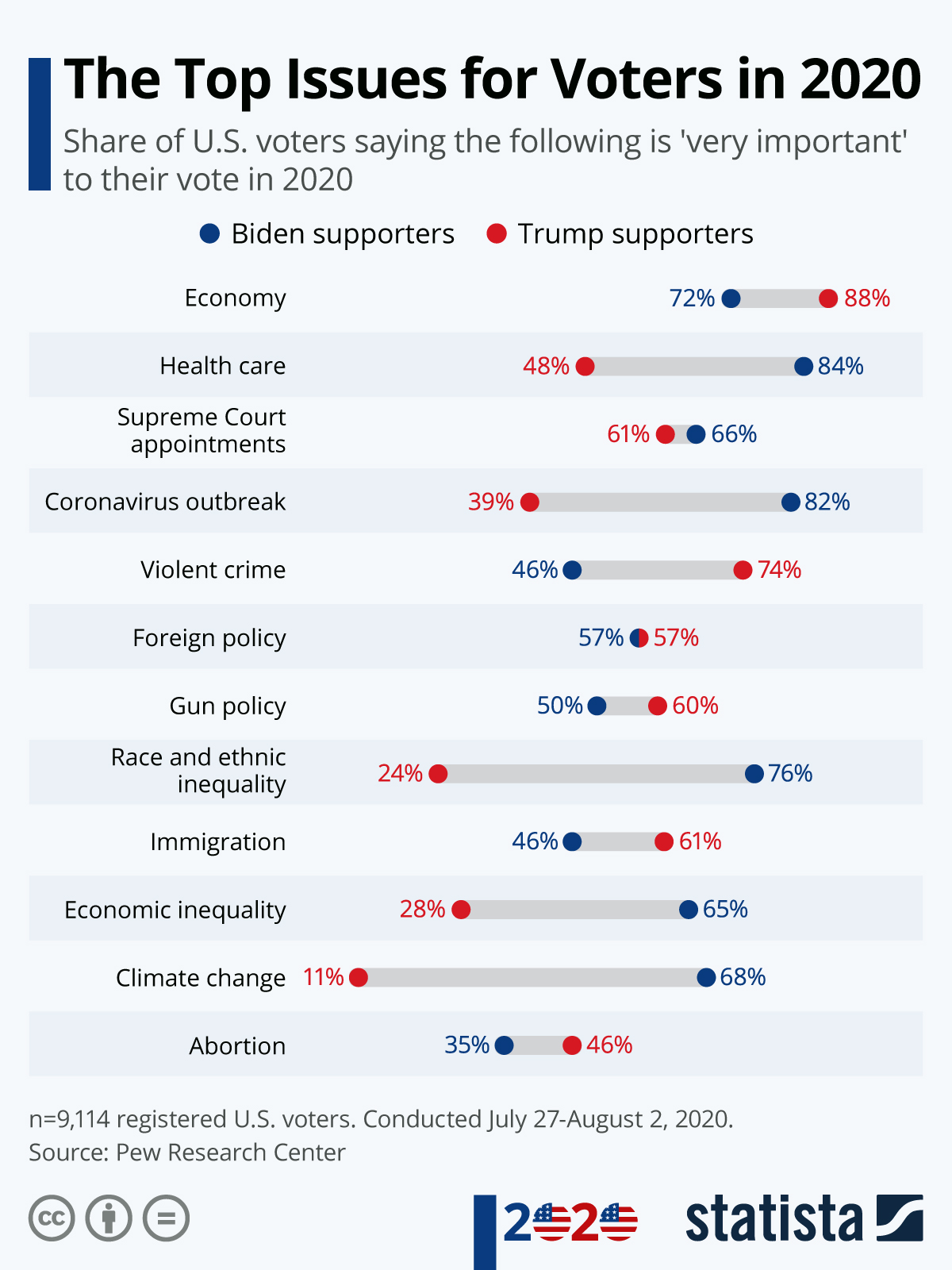 Belarus: Vladimir Putin Has Alexander Lukashenko Just Where He Wants Him

Belarus: Vladimir Putin Has Alexander Lukashenko Just Where He Wants Him