Ahead of President Trump’s first visit to the world’s largest democracy, Indian Prime Minister Narendra Modi promised huge crowds along the length of his motorcade route. Last week, the U.S. president said he expected anywhere between seven and ten million people to show up along the route and large crowds certainly have turned out to welcome him, even if some observers considered the numbers he quoted last week as unrealistic. Trump and Modi attended an event at the Motera cricket stadium in Ahmedabad and it appeared packed to its 110,000 capacity.

The welcome confirms what several polls have found – Donald Trump is a popular figure in India. Pew Research asked the Indian public if they have confidence in Trump doing the right thing regarding world affairs and a 56 percent majority said they have. When they asked the same question back in 2016 when Trump was a presidential candidate, that share was only 14 percent, though it rose dramatically in 2017 when it hit 40 percent. Despite those high marks, Indians are divided over Trump’s trade policy.

When Pew asked Indians about their views on Trump’s policy of increasing tariffs and fees on goods from abroad, just under half said they disapproved. People in India do favor a strong economic relationship with the U.S. over China, however. When asked whether strong economic ties were important with each country, 62 percent of respondents chose the U.S. compared to just seven percent who chose China. 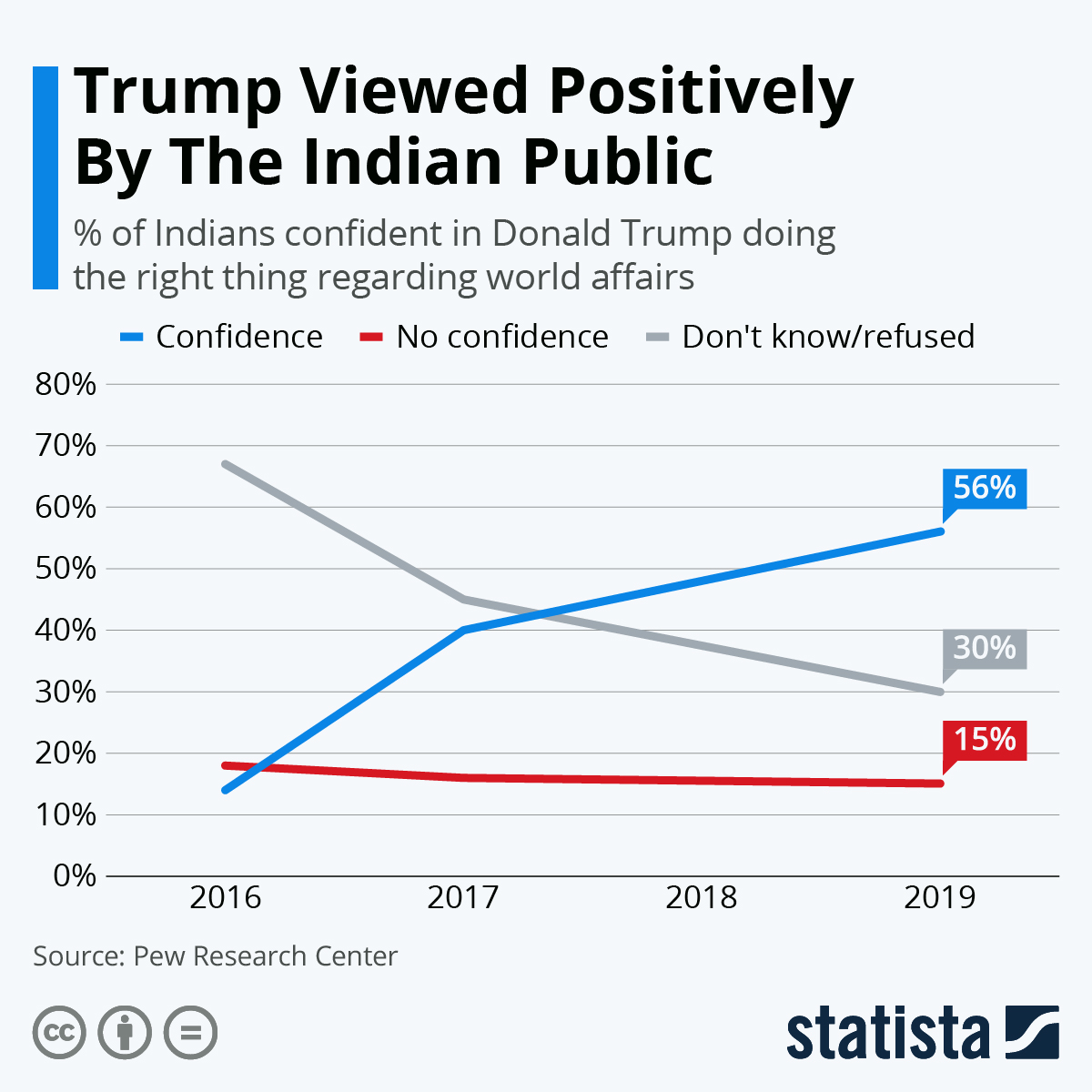 Could Coronavirus Really Trigger A Recession?

Could Coronavirus Really Trigger A Recession?