China shares hit the seven-year high, despite recent poor economic indicators such as the disappointing PMI. For the week ended May 22, the Shenzhen Composite gained 12.21 percent, its best weekly performance since 2008; and the Shanghai Composite Index also gained 8.9 percent, to 4,657.60 points.

Liquidity is one main driver of the market rise. Real estate used to be a favorite investment option for Chinese. But the tepid performance of the property market has led people to plow their savings into equities. Also boosting the stock market, PBOC (Peoples Bank of China) has cut interest rates and the reserve requirement ratio (RRR) five times in last six months. There are also expectations for further rate cuts and reductions in RRR this year. The aggressive monetary easing injects liquidity and drives the bull market. 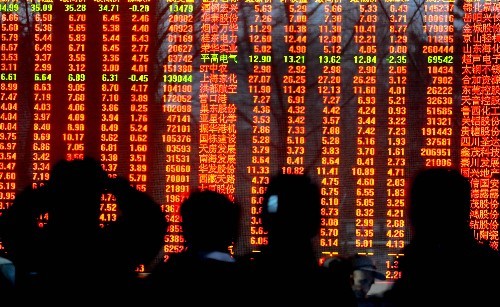 Government also plays an important role in this market rise. Unlike stock markets in other countries, the Chinese stock market has always been policy-driven. As China’s economic growth is slowing down, the market rise can make people feel rich and thus spend more, channeling liquidity to the real economy. In other words, the rising markets would create a “wealth effect” and boost the overall economy. As a result, the Chinese government has additionally facilitated the market by cutting trading fees. It has also encouraged stock investments through official media. The government is trying to use this wealth effect of the stock market to stimulate the economy.

Moreover, despite the boom, Chinese stocks are undervalued at the current P/E. According to the Sydney Morning Herald, the Shanghai Composite Index currently trades at 18 times estimated earnings for 2015, around the same level as the U.S. S&P 500 index, but well below the multiple of 28 investors are paying for the US Russell 2000 index. As Joseph Lai, who manages Platinum Investment Management’s Asia Fund, says:

“On an absolute basis, the valuations of these markets are not expensive, nor are they if you benchmark their P/Es against the US, Japan, Australia, or even Europe.”

Therefore, China’s stock market is relatively cheap. It still has potential for further growth if the economic reforms can continue.

Infographic Of The Day: An Introduction To Bed Bugs