The Federal Reserve on June 15 approved its highest interest rate hike in more than twenty-five years to curb a surge in inflation. The hike came as U.S. central bank officials realized that inflation may be diminishing public trust in their power and being prompted by events seen as increasingly uncontrollable.

Notably, the generally expected move boosted the target federal funds rate by 0.75% to a range of between 1.5% and 1.75%, still relatively low by historic standards. 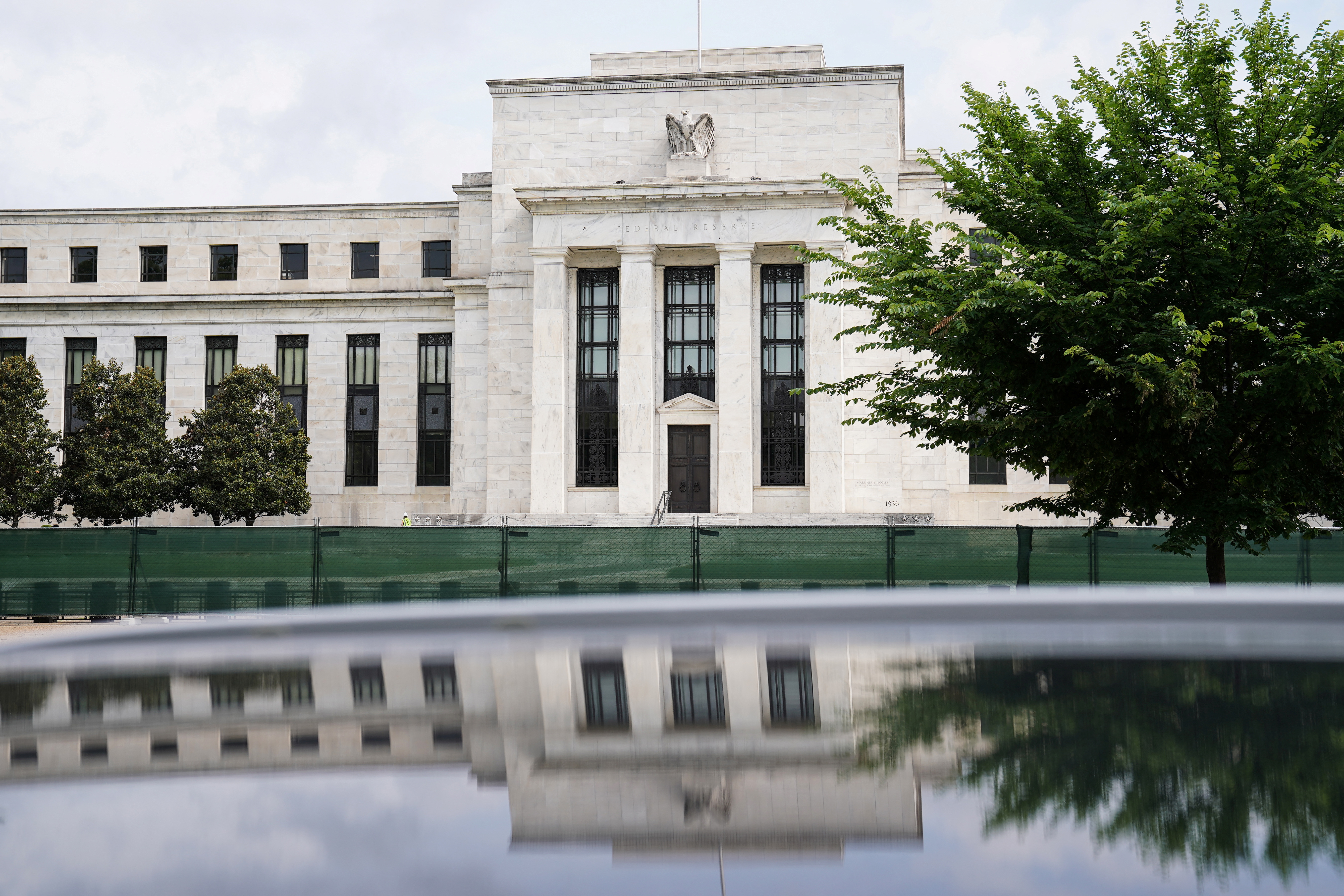 But the Federal Reserve’s aggressive commitment to combat inflation has already begun an extensive tightening of credit conditions being felt in U.S. stock and housing markets and is likely to weaken demand throughout the economy – the Fed’s intent.

Federal Reserve officials also expect constant rate hikes through the rest of the year, perhaps including further 75-basis-point hikes, with a federal funds rate at 3.4% at the end of the year. That would be the strongest level since January 2008 and enough, Fed projections show, to weaken the economy markedly in coming months and cause a rise in unemployment.

“We don’t seek to put people out of work,” Fed Chair Jerome Powell said at a news conference after the close of the Fed’s latest two-day policy meeting, adding that the central bank was “not trying to induce a recession.”

Yet the Fed chief’s remarks were among his most calming yet about the challenge he and his fellow policymakers face in slowing inflation from its current four-decade high to a level near its 2% target, without a sharp slump in economic growth or a sharp rise in unemployment.

While, citing the global supply concerns and the war in Ukraine, Powell commented:

“Our objective is to bring inflation down to 2% while the labor market remains strong … What’s becoming more clear is that many factors that we don’t control are going to play a very significant role in deciding whether that’s possible or not. There is a path for us to get there … It is not getting easier. It is getting more challenging.”

Powell noted that the rate increases reported in May and in March so far had not only failed to reduce inflation but let it continue soaring to a level that the latest data shows have begun to affect public attitudes in a way that could make the Fed’s job even more difficult. 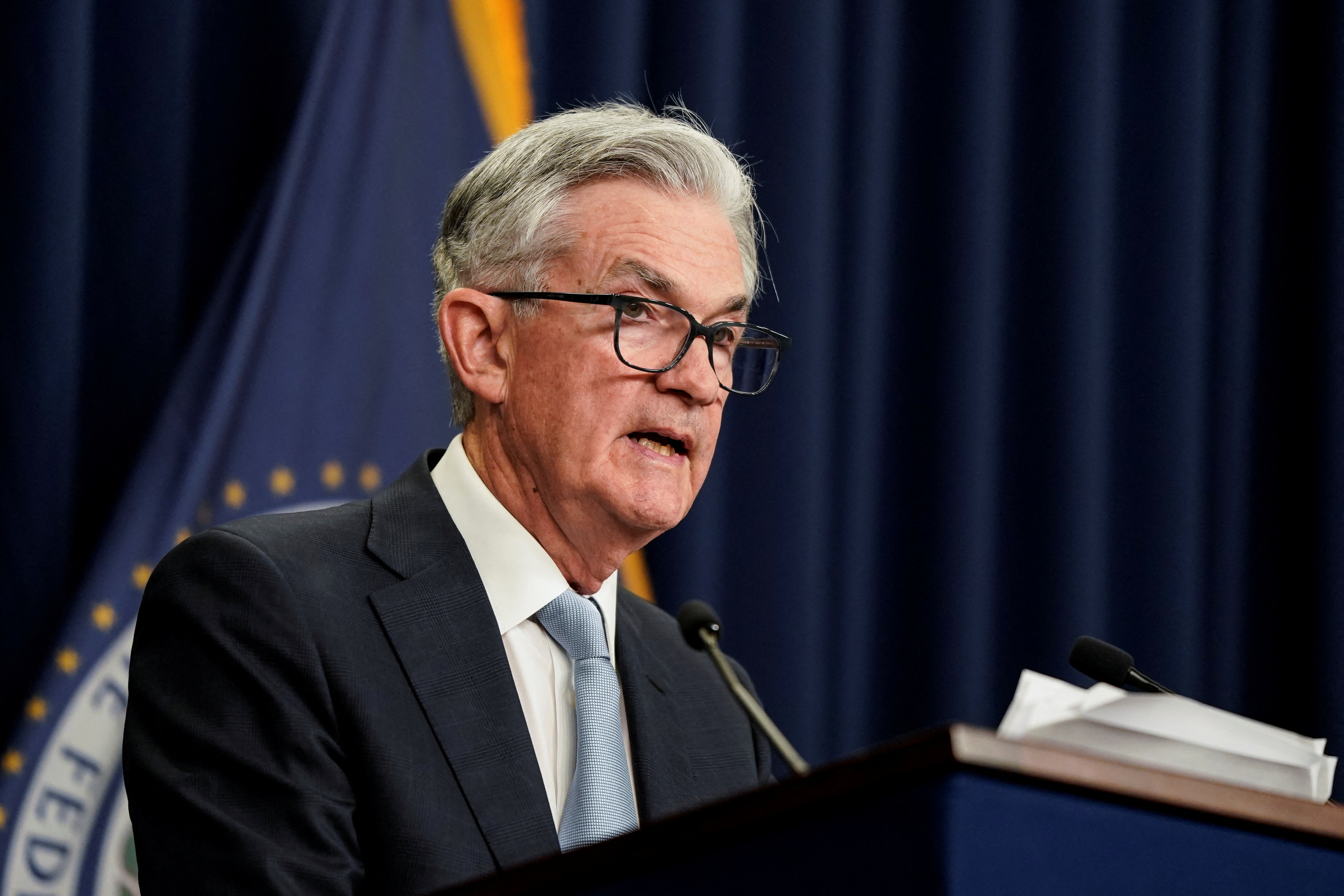 A survey published on June 17 showed consumer inflation expectations climbed sharply this month, a result Powell called “quite eye-catching,” and enough to push policymakers toward a larger 75-basis-point hike to make faster progress on the inflation front and maintain the public trust that price hikes will reduce.

“This is something we need to take seriously,” Powell said of the shift in consumer inflation expectations. “We’re determined to keep them anchored.”

The faster pace of rate hikes defined by officials on Wednesday more closely aligns monetary policy with the sudden change that occurred this week in financial market views of what it will take to deal with price pressures.

Bond yields dropped after the issue of Fed projections on Wednesday that showed economic growth diminishing to a below-trend rate of 1.7%, and policymakers anticipating shrinking interest rates in 2024. Stocks on Wall Street closed the day higher.

Interest rate futures markets also indicated an 85% chance that the Fed will hike rates by 75 basis points at its next policy meeting next month. For September’s meeting, however, the higher the probability – at more than 50% – was in favor of a 50-basis-point increase.

Powell, exiting from the fixed guidance he has formerly given about future rate hikes, did not make any promises on June 15. Given an unexpected rise in a monthly inflation report on Friday and the rise as well in expectations, “75 basis points seemed like the right thing to do at this meeting, and that’s what we did,” he said.

But he said rate increases of that size were not likely to “be common,” and that when Federal Reserve policymakers meet next month a hike of either three-quarter of a point or half a percentage point would be “most likely.”

NOT A ‘VOLCKER MOMENT’ FOR THE FEDERAL RESERVE

The tightening of monetary policy was followed by a decline in the Fed’s economic outlook, with the economy now seen shrinking to a below-trend 1.7% rate of growth this year, unemployment increasing to 3.7% by the end of 2022, and continuing to rise to 4.1% through 2024.

While no Federal Reserve policymaker predicted a total recession, the range of economic growth estimates moved toward zero in 2023 – with an index of Fed opinion showing officials almost consistent in thinking risks were for growth to be weaker, and unemployment and inflation higher than expected.

Analysts, the majority of them critical of Fed forecasts in March that saw inflation cooling with small rate increases and no rise in the unemployment rate, said the new outlook was more realistic. 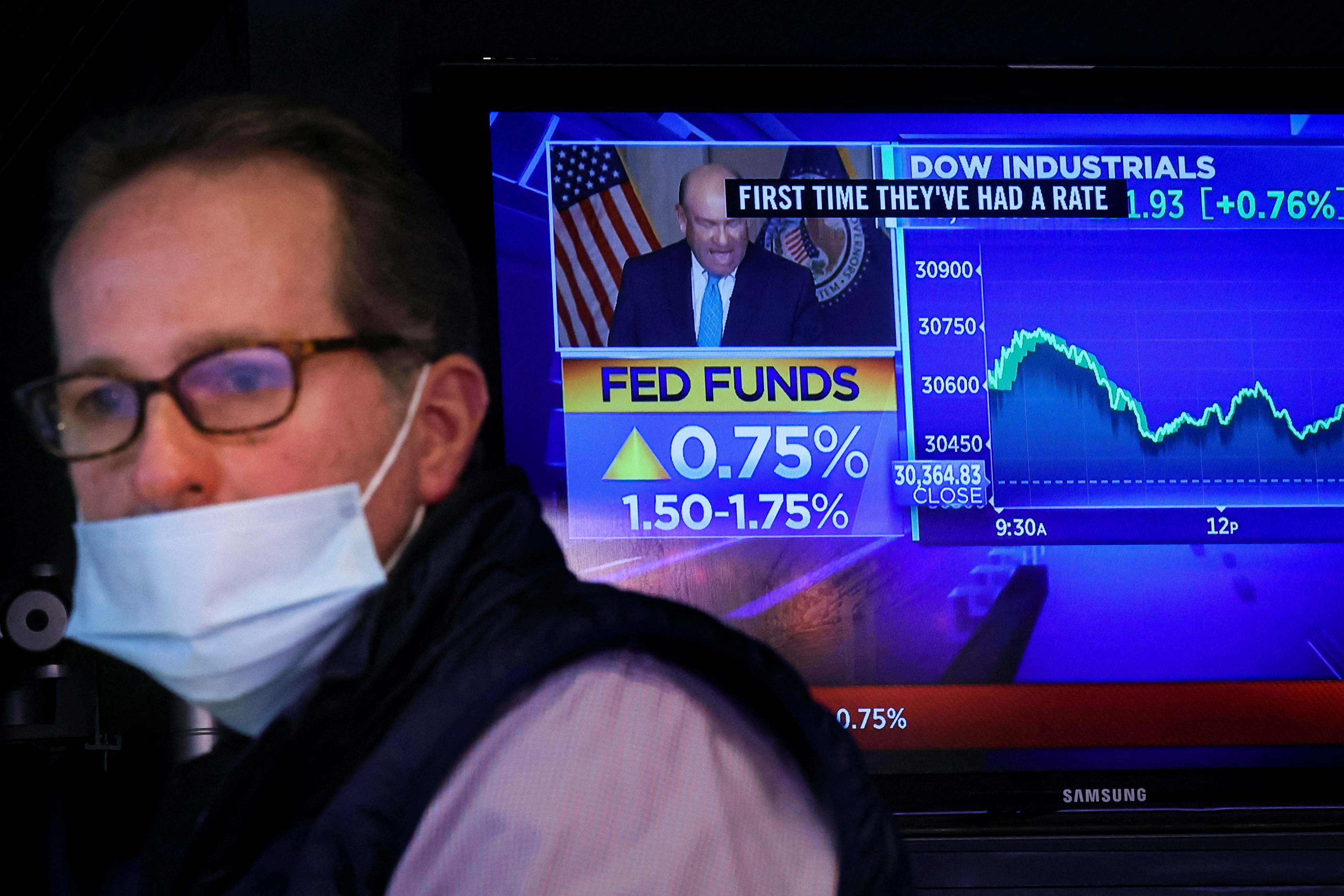 “The Fed is willing to let the unemployment rate rise and risk a recession as collateral damage to get inflation back down. This isn’t a Volcker moment for Powell given the magnitude of the hike, but he is like a Mini-Me version of Volcker with this move.”

Jacobsen was referring to Fed Chair Paul Volcker, whose fight with inflation in the early 1980s included high and unexpected rate hikes of as much as 4% at a time.

Despite the more aggressive interest rate measures taken on June 15, policymakers nonetheless see inflation as measured by the personal consumption expenditures price index at 5.2% through this year and reducing only moderately to 2.2% in 2024.

Inflation has become the most urgent economic issue for the Federal Reserve and has begun to determine the political landscape as well, with household opinion worsening amid soaring food and gasoline prices.

Kansas City Fed President Esther George was the only policymaker to dispute Wednesday’s decision, opting for a half-percentage-point rate hike.