Bitcoin is relentless in its fight to pull the crypto market out of the winter. The flagship crypto has solidified its stand around $20,000 and the bulls have so far managed to deflect the bears away from the market at this level.

On July 7, Bitcoin managed to ride a wave of risk-on momentum to reach its highest level in over a week as recent economic data eased trader fears that inflation will be too hot to handle. The world’s biggest crypto by market cap spiked by over 5% to surge above $21,650 during the New York session. That is the first time that Bitcoin crossed the $21,000 level in July.

Crypto-linked equities that seem to trade in the same way as Bitcoin also rallied. Coinbase surged by over 10% while Riot Blockchain miner gained 15.45%, its highest intraday spike since June 21. Ether gained 8% to reach highs of $1,253.

A stock market rally that has seen the S&P 500 up for the fourth straight day offered some much-required relief for the battered crypto that has lost over 50% year-to-date amid extensive monetary tightening and a string of recent liquidations in the crypto space. 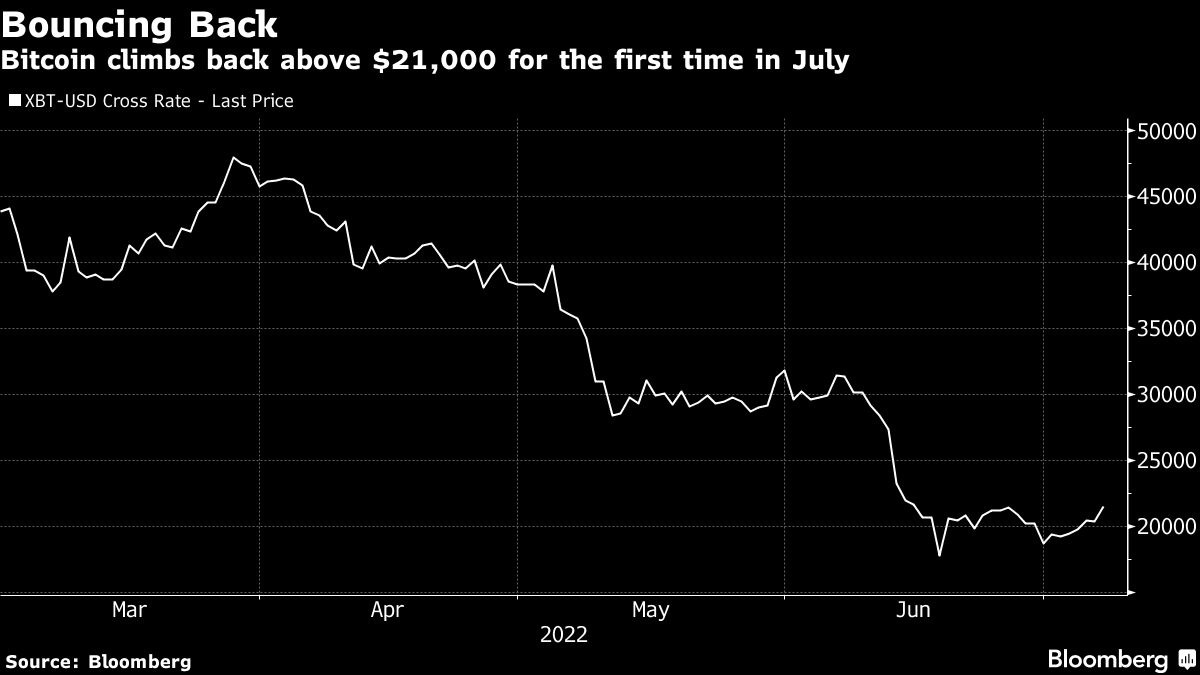 “Risk markets are up across the board based on the latest jobs claims numbers so it’s not surprising that crypto is trading higher. After a cascade of bad news and large liquidations, many crypto investors are still sitting on the sidelines waiting for the next shoe to drop.”

A bombardment of economic risks coupled with the threat of more de-levering remains a notable worry in crypto markets, indicating the near-term rally might be short-lived. News that clients of bankrupt broker Voyager Digital Limited might not get all their money back has struck a new form of fear into most crypto investors who have normally managed to stomach multiple market downturns.

“A lot of the institutional holders of Bitcoin may be particularly sensitive to the general way that the economy is moving. If the jobs report comes back really weak, inflation comes back even worse, and it looks like a number of the geopolitical issues that are influencing the prices on a number of these core economy assets are not improving, I can’t imagine that that is short-term bullish for Bitcoin.”