Premarkets were down -0.10% after somewhat-good-news from the US financial reporting this morning, but the overall investor concerns for market stability is still negative.

By 10 am the opening decent continued, albeit more slowly, in what could turn out to be another pump-n-dump session.

There are more and more calls to take risk off the table along with my own warning the past month. 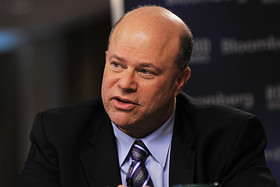 The short term indicators are leaning towards the hold side at the opening. The all important signs of reversal, up or down, have not been observed so we are mostly, at best, neutral and conservatively holding. The important DMA’s, volume and a host of other studies have not turned and that is not enough for me to start shorting. The SP500 MACD has turned flat, but remains above zero at 7.16. I would advise caution in taking any position during this volatile transition period although Barchart.com shows a 16 % buy. (Could be right.) Investing.com members’ sentiments are 65 % bearish.

In looking at the 50 DMA, the current SP500 opened above that line and the small caps remain below the 145 DMA. I can not see, as of right now where those large cap MA’s are rolling over to indicate any permanent bear run but the falling small caps are a real worry. The small cap trend is sideways with a negative slant and the $RUT is below the 200 DMA and approaching a major support at 1090. Breaking through that support is going to create a major dilemma for the rest of the markets.

Bottom line here is that I have not seen any serious bears jumping out of the woods just yet, although I am VERY concerned that ANY minor correction could turn nasty in a heart beat. One significant signal would be losses in any of the major averages that go over the ‘magic’ 3 % and then you need to pay close attention to risk-off tactics. Any market correction over 6% would be an additional signal and I can’t see having one without the other.

In Lance Roberts article he asks, Is The Market Consolidating Or Topping?

There are two ways to look at stagnation in the markets. It is either a consolidation process that works off an overbought condition which leads to further advances, OR it is a topping process that leads to a market decline. Discerning which process is currently “in play” is critical for investor decision making.

While it is certainly possible that the markets could ratchet higher from here due to the “psychological momentum” that currently exists, the likelihood of a runaway bull market from here is remote.

The large caps having bounced back and forth between losses and gains for over 10 weeks have once again approached all time highs or have reached them. This sideways movement and falling volume may be foretelling signs of waning energy and the lack of ability to continue higher and investors need to be alert for a possible significant market selloff.

It is still possible that Mr. Market is not through playing with the averages and even newer historical highs are a distinct possibility beyond what we have seen, mainly because the amount of bond buying the Fed still does on a monthly basis. For those who are hell-bent bears, this article, 5 Reasons Your Simple Bear Market Plans Could Backfire, should be required reading.

The longer 6 month outlook is now 35–65 sell and will remain bearish until we can see what the effects are in the Fed’s ‘Tapering’ game plan and Russia’s annexing game playing. Again, I would also take chart and other technical indicators with a lessor degree of reliability for the time being and watch what the Janet Yellen’s Fed does over the next couple of months. Also, the margin debt is very high and has been setting historic highs and as of Monday, 4-7-2014, it stands at $466 billion. (Read More at NYSE Statistics Archive)

At some point during the taper process, this market will crack after one too many tapers. That, among the many other negative issues will most likely come without warning and the major average’s losses will be over 3 percent during a single session.

Several additional notes of negativity where investors are worried about issues directly related to the Fed’s tapering and Putin’s annexing. They are considering these factors along with the Argentine Peso, South African Rand and Japan. And of course, China’s defaulting businesses are dropping like flies. And now the Second Chinese Bond Company Defaults, First High Yield Bond Issuer. And now Another Chinese High Yield Bond Issuer Declares Bankruptcy.

The real story behind the current weakness is the US weak housing, layoffs and poor employment data, inventory reductions and soft economic outlook including a mediocre sales outlook. I just can not buy the continual optimism of the bullish pundits when it comes to politicians and our economy. They lie and misrepresent the financial status just about every day, but of course, that is the definition of a politician, is it not? We may never know how ‘dark’ our shadow banking is, ‘Dark Pool’ activity and there are too many lurking ‘Black Swans’ on the horizon to be as confident as some bulls are. For now the ‘law of gravity’ does not apply to the stock market.

The Best Stock Market Indicator Update says the market is untradable. The OEXA200R is well above 65%, currently at 75%. However, all three secondary indicators are negative:

Is the Bull finally over? That’s what a lot of traders are beginning to ask themselves right now. Two Bull / Bear indicators that I keep an eye on are the bank index (represented by $BKX) and NYSE Margin Debt.

My feeling is that we’re entering the final euphoria phase of the five-year stock market bull, and I’ll be watching warily for major resistance points in the coming months. One in particular will be when the Nasdaq reaches 5000, the same top as in year 2000, maybe by this June or July. I’m very surprised at how large this bubble has grown, fueled by the Fed’s single-minded determination to support Wall Street. (. . . agree with analysis, except NASDAQ reaching 5,000 – that isn’t going to happen)

The US dollar is trading between 80.40 and 80.07 and is currently trading down at 80.25, the bias is currently sideways and volatile.