Bullion Vault Article of the Week

Four reasons to waste your time with the deeply historic, deeply human value ascribed to gold…

People love to debate, but sadly sometimes it crosses a line and turns argumentative.  That’s what is happening right now with the debate over gold.

There have been several high-profile articles, most recently in The Wall Street Journal, saying you should eliminate gold as a worthwhile part of your portfolio. Primarily because of this year’s lower price. 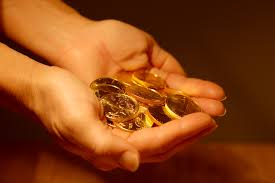 Against that idea, many bloggers and private investors, wondering why gold prices have fallen, say that it shouldn’t have dropped. There must be some conspiracy driving down prices when money-printing and our still-weak economy should be driving gold higher. But that still puts current price performance front and center in the debate over whether it should or shouldn’t feature in your portfolio. So it misses several key points about why gold is uniquely valuable as an investable asset.

We’d like to look here at some of the common arguments now offered for why gold should not figure in your investment strategy. Yes, working at BullionVault, the physical gold and silver exchange, we’re biased. But there are also people who always say gold doesn’t warrant your investment dollars. To have any intelligent understanding of your own position, you need to welcome debate. That way you can challenge your own opinions and, if you find they’re correct, improve your arguments too. Such as whether gold investing continues to warrant attention.

#1. Gold Does Not Yield Anything

When you buy any commodity outright you can no longer deposit it with a bank or investment company to earn interest. If you are looking to yield a dividend or interest then physical gold ownership will not yield anything. Yet that is only half the story.

Gold ownership yields security for the investor, the type of security a person seeks from insurance. It is the only physical form of insurance which both exists to counterweight your investments in bonds and stocks, and which is also a liquid, easily traded asset. Gold is also non-correlated with those more “mainstream” markets. Meaning that its price moves indepedently of where other investment prices are heading. So the goal for most investors in holding gold is first as a safety net for their other assets. This metal has held value for thousands of years, and will hold value for thousands more.

#2. Gold Is Worth Only What the Next Investor Will Pay for It

This statement is weak from the onset. There are no stocks, bonds, commodities or goods that are worth more than the next person will pay. That being said gold has something that the others do not. Gold is 100% transparent, in that, unlike other easily traded investments it is only one thing, a pure and precious rare commodity which requires little space for storing great value.

This commodity has acted as money for thousands of years. In fact after World War II, the Bretton Woods agreement used gold to bring brought stability and sanity to the world’s currency markets once more. If that history of human use doesn’t give intrinsic value to gold, why would you give that title to any other asset?

People had their life savings in Lehman Brothers stock. Other people invested in mortgagebacked securities or were holding Argentine bonds or got sold the claims of Bernard L. Madoff Investment Securities LLC.

Stocks and bonds, though there are many facts available about them, are never 100% transparent. It is much like a hiring a baseball player. You may have his statistics and you may place him in the perfect spot on the best team in the league. Yet he may perform poorly due to an unknown injury or a problem with the change of venue or any other number of unknown reasons. This is the same for stocks and bonds. Though we have their statistics, we never know when some problem may cause some of these instruments to fail.

#3. Gold Is Not a Good Hedge for Stocks, Nor Inflation

Anyone looking at the 1980s and ’90s and concluding that gold is a poor inflation hedge misses the point. You didn’t need an inflation hedge when cash-in-the-bank paid 5% above and beyond the rate of inflation each year, as it did on average for US and UK savers for the last twenty years of the 20th century.

But gold doesn’t make a good hedge for stock market investments either, according to a long-running thread of comment. The frequent comparison is usually to the stock market overall, or the Dow Jones Industrial Average. Never mind that gold and stocks have, over extended periods, gone in opposite directions. That measure is not a just number to use. Because the stock indexes frequently change. This is also true of the overall market where stocks are delisted if they underperform or go bankrupt. If these types of stocks were kept on how would the indexes and averages have changed? The stock market of 1989 did not have the same listed companies as that of 1996, 2000 or 2013.

In contrast, the gold of 1989 was the same gold of 1996, 2013 and even 2000 BC. Gold does not change and its supply cannot be expanded (or reduced) at will. This is why gold functions so well as a form of exchange and transfer of value. It holds value due to its permanent unchangeable form. World history has shown us again and again that in the final analysis; only gold out of all investable assets holds value in catastrophic situations.

You can lose value owning gold if you buy high and sell lower, but you never lose it all. You could easily pick out a point in any chart of the stock market where an investor could have bought and then another time where you may have sold and lost money. There is no point to this kind of example. Because it never speaks to an individual’s overall performance with their assets. They may have liquidated their stock at the low price because they needed the cash to invest in a particular business or real estate opportunity. All assets including gold have to be looked upon as part of a strategy for the investor and not as independent pieces of life’s asset management puzzle.

#4. Gold is an Article of Faith, Not Rational Investing

Some people denigrate gold to a relic of the past in terms of its economic importance. The most recognized of today’s detractors is perhaps Nouriel Roubini, the famed NYU economist who repeats John Maynard Keynes’ cry of the 1930s that gold is a “Barbarous Relic”. Still others go further, saying that choosing to own investment gold is anti-social. The argument is that there is no longer any need for gold as a form of exchange, nor as a store of value. Governments and central banks have done away with the need for gold. So apparently, gold’s only value today lies in the jewelry and electronics trades.

In addition, other analysts write about gold being a faith-based investment andmock it as a type of religion. There are certainly those that invest on faith, and they can be loud, giving the impression that investors in gold are extreme. But this can also be said about the defense of the US Dollar. That currency in the end is only a piece of paper that has no other use than that ascribed by the government. If you put fire to a dollar bill it will turn to ashes and float away. But if you put fire to gold, at the right temperature you get a liquid metal that not only is useful to the arts but important in the electronics and high technology industries.

“But if in pursuit of the means we should unfortunately stumble again on unfunded paper money or similar species of fraud, we shall assuredly give a fatal stab to our credit in its infancy. Paper money will invariably operate in the body of politics as spirit liquors on the human body. They prey on the vitals and ultimately destroy them.”

It is difficult for those in power to try to overcome this truth, embodied by all of recorded economic history. And it becomes more ludicrous as governments also hold gold bullion in vast amounts.

The modern central banking system, now more than 100 years old, may seem to shape this perception. Yet in the last decade central bankers themselves, albeit in Asia and other emerging economies, have been significant buyers of the yellow metal. Western governments as a group have stopped selling gold.

How come? Economic chaos causes distrust amongst governments and central banks, leading those in power to seek out avenues to strengthen their position with other parties. The position central banks look for to strengthen their balance sheet and ensure their place in the global economy is gold. The United States rose to dominance worldwide alongside its dominant gold reserves. Now becoming a market economy, and hoping to become the next big global economy, China is also building its central bank gold reserves. It becomes obvious that gold has a very deep, very human value, ascribed to it by history and by all major powers today.

Value isn’t the same as price, of course. Which explains, perhaps, how gold investing remains such a mystery to some people.

Please Note: This article is to inform your thinking, not lead it. Only you can decide the best place for your money, and any decision you make will put your money at risk. Information or data included here may have already been overtaken by events – and must be verified elsewhere – should you choose to act on it.

What If You Had Invested $1,000 in These Internet IPOs?

What If You Had Invested $1,000 in These Internet IPOs?